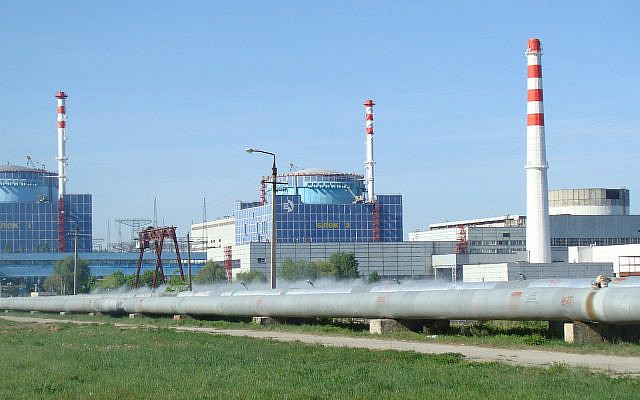 Nuclear reactors. The Chernobyl Zone. Ammonia tanks. Missiles. These are some of the toxic ingredients in the escalating conflict that Russia is bringing to Ukraine. Russia is not just playing with fire. Its military is now shooting ballistic and cruise missiles in a country with nuclear reactors, pipelines of ammonia, and swaths of radioactive land. Russia’s invasion of Ukraine is likely the first war in history where the theater of war is interspersed with nuclear reactors.

Ukraine has fifteen active nuclear reactors, which provide over half of its electricity. As Russia invades more of Ukraine, fighting could take place near some of these reactors. This should concern all of Europe—there do not need to be nuclear weapons used for this war to go nuclear. An errant or intentional mortar hitting a nuclear reactor in an armed conflict in Ukraine is a possibility, and the fallout will not stop at any geopolitical border.

The UK’s iNews quoted Dmytro Gumenyuk, head of safety analysis at the State Scientific and Technical Centre for Nuclear and Radiation Safety, a body within Ukraine’s nuclear inspectorate. “Our NPP [nuclear power plant] wasn’t designed for military protection. Of course it wasn’t designed against tanks, bombs, missiles and so on.” 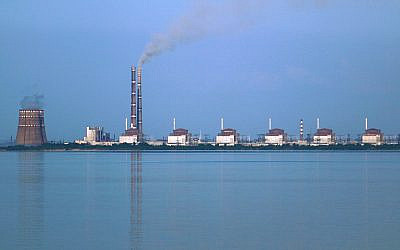 iNews further stated that “Ukraine’s nuclear power plants would pose a risk of radioactive pollution in Europe if caught in the crossfire of a Russian invasion, a Kyiv safety expert has told. The chance of a direct military attack on such facilities would be highly unlikely but a lack of high-precision weapons in the occupied Donbas suggests there could be an increased chance of sensitive facilities being hit accidentally.”

When the Chernobyl reactor exploded in 1986, Soviet crews from Ukraine, Belarus, and Russia worked collaboratively to try to contain the damage. It is difficult to imagine how a response to a reactor explosion could unfold amidst an active war.

Nature knows no borders, yet when humankind wages war over geopolitical borders, nature and the environment are often the greatest victims. This conflict between Russia and Ukraine will not only harm Ukrainian people, it will harm trees, animals, and soil organisms. War is a cause of land pollution, soil pollution, and environmental degradation, impacting the environment for years beyond an immediate armed conflict.

Close to 200,000 Russian soldiers, with thousands of planes, tanks, and artillery, are part of an invasion of Ukraine, which is defended by 250,000 soldiers. Some of the fighting is taking place near a radioactive zone in the vicinity of Chernobyl, since part of the Russian and Belorussian armies are poised in southern Belarus. Part of the Ukrainian army is near the Chernobyl Exclusion Zone, one of the most radioactively contaminated areas in the world. Between the armies lies the Chernobyl Nuclear Power Plant and its containment structure. 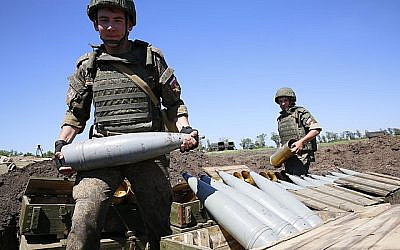 The Chernobyl radioactive site covers parts of northern Ukraine, southern Belarus and western Russia. The conflict that Russia began today is a terrible spectacle—vast swaths of uninhabited land, with three armies arrayed nearby, shooting mortars and missiles that explode in radioactive soil.

The Dnieper River, one of the major rivers of Europe, flows nearby, from Russia to Belarus, Ukraine, and the Black Sea. What impact is the war having on the safety of its waters to both human users and animal life, including the fish people eat?

Some of the battlefields in northern and eastern Ukraine are near a radioactive site and a massive ammonia site, the wasteland of industrial society. In the separatist region in eastern Ukraine lie storage tanks for poisonous gas. As Steven Erlanger of The New York Times reports, “A stray shell from returning government fire risks hitting a chemical plant about six miles away in separatist-controlled territory. The plant, one of Europe’s largest fertilizer factories, has pressurized tanks and more than 12 miles of pipelines holding poisonous ammonia gas.” 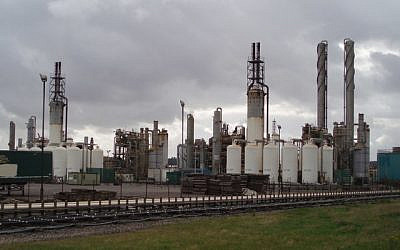 The conflict has already damaged a power plant and gas treatment plant in eastern Ukraine, and ammonia gas has leaked. The Defense Intelligence of Ukraine reports on the extreme environmental danger:

“Russian-backed militants have released chemicals imported into the temporarily occupied territories of Ukraine. The intelligence states that the сontainers of ammonia gas on the site of the former Stirol (Styrene) factory have been depressurized, leading to gas leakage and posing a threat to the environment. Chemical pollution could lead to an environmental catastrophe in the east of our country.”

The Bible relates to this critical issue of war and environmental sustainability. As I wrote in Eco Bible: An Ecological Commentary on the Torah, Deuteronomy chapter 20 verse 19 states that the Israelite army was not to cut down fruit trees to make siegeworks in a war against a walled city. Elsewhere in Deuteronomy, the Bible states that Israelite soldiers were commanded to carry a small shovel with them, in order to cover their excrement and not leave the land in a defiled state. These verses indicate the importance of ecological concern during armed conflict. If the Bible commands us to be concerned during war with the well-being of fruit trees and the land, all the more so we should be concerned about modern missiles hitting nuclear reactors or massive ammonia storage tanks. 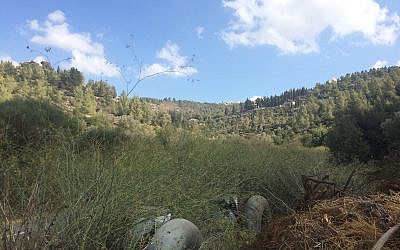 As The Guardian reports, “The Military Toxics Project in the US deals with the environmental legacy of explosives and heavy metals left behind in military training zones. They continue to fight because evidence shows the Earth is usually another casualty of war.”

As Rabbi Shmuel Yehudah Steiger of Nagybererzna wrote 100 years ago, “The world is sufficiently large to sustain all of humankind, were they only concerned with productive development and not with waging wars over differences of language, race, and other false pretenses.”

When people act aggressively toward each other and cannot live peacefully, both people and nature suffer. While environmental awareness and ecological balance are clearly not primary concerns of Vladimir Putin, I hope and pray that people around the world will see through the lens of the Russia/Ukraine conflict the huge ecological costs of this war, and push their governments to fight for the paths of peace and sustainability. Our awareness of the interconnectedness between people, animals, trees and all of nature can help us advocate for a higher way of living on our shared home.