The Blogs
Robert L. Wolkoff
Apply for a Blog
Please note that the posts on The Blogs are contributed by third parties. The opinions, facts and any media content in them are presented solely by the authors, and neither The Times of Israel nor its partners assume any responsibility for them. Please contact us in case of abuse. In case of abuse,
Report this post. 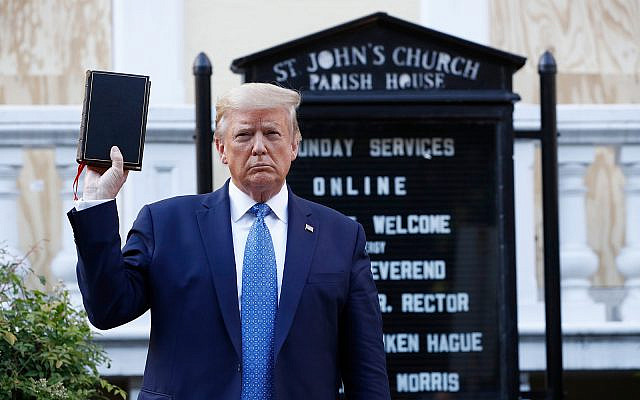 US President Donald Trump holds a Bible as he visits St. John's Church near Lafayette Park across from the White House in Washington, June 1, 2020. (AP/Patrick Semansky)

I have tried. But when I saw the president unleashing uniformed police to use tear gas, pepper spray, concussion grenades, and raw physical violence to disperse peaceful protesters from a church, in order to stand on that sacred ground and raise a Bible in his hand for a perverse photo op — a photo op! — when I saw that, I had had enough.

Mr. Trump, standing on sacred ground, with a Bible in your hand, you came into my wheelhouse, and I will do what little I can to make you pay the price.

That Bible, Mr. Trump, besides containing the prohibition of adultery, about which you should know a great deal, also contains the prohibition of murder—like the murder of George Floyd, and Eric Garner, and Ahmaud Arbery and so many other black people—nearly one a day for every day of your administration. And almost the first thing we learn in the Bible is something that you clearly do not understand—that we are all—all—created in G-d’s image.

And that is a principle that you not only don’t understand, but that you actively attempt to subvert, while leading the most divisive administration in my lifetime.

What the Bible that you held in your hand does not contain, Mr. Trump, is a single word on race. But you have made race-baiting the core of your administration.

Why is that? And what have you done about it?

I’ll tell you why, and I’ll tell you what you have done. You’ve understood that violent bigotry is at the core of the identity of the white underclass in this country. From your position of high privilege, you have chosen to enflame that bigotry, rather than to address the suffering and insecurity that caused it. You would rather use your dog-whistles about the 2nd Amendment to intensify the politics of resentment and paranoia, than offer anything constructive to enhance the social and educational status of the pathetic souls who, G-d help them, look to you for leadership.

At a time when our country desperately needs the voice of calm, empathic leadership, you instead have chosen the course of the schoolyard bully, making ever uglier threats. You couldn’t get your military parade through the streets of Washington DC. Now you want to have the military parading in every city in America.

In your inaugural speech, you spoke of “American carnage.” And throughout your term in office, you have done everything you possibly could to cause and exacerbate  it.

“You have to dominate, if you don’t dominate, you’re wasting your time,” you told America’s governors. Otherwise “you’re going to look like a bunch of jerks. You have to dominate.” And if they don’t, you ranted, “I will deploy the United States military and quickly solve the problem for them”

As if tear gas, rubber bullets, and attacking reporters — while you desecrate a church — would ever solve any problem.

At this point, I have absolutely zero expectation that you could ever find the qualities necessary to actually address the problem, much less solve it—qualities like empathy, understanding, the ability to listen, allowing victims to define their own pain, seeking order and harmony rather than chaos and power. Instead, I expect you to make matters worse, hoping that you, after you have torn down as much as you could, that you alone would be left standing in the rubble and thereby remain in power. And what of our country and its principles you must sacrifice to accomplish this is, of course, of no concern to you at all.

You have taught us, Mr. Trump, to expect the worst of you, and you have met our expectations.

But know this, Mr. Trump. At this point, the battle lines have been drawn. You wanted them, now you’ve got them. For the longest time, people have disguised the contempt in which they hold you so that they could lower their capital gains taxes, enhance their stock portfolios, or get the judges they want so they can protect their privilege— class privilege and, yes, white privilege.

There’s no excuse for that any more. Right now, our nation is engaged in a battle for its soul, a battle — and this is the crucial part — a battle against fascism.

Yes, that is the word, and we must not be afraid to call things by their proper name. The glorification of force, the lust for state dominance, the celebration of oligarchy, the subversion of truth—for G-d’s sake, what else are we supposed to call it if not fascism? Know this: once you beat peaceful American citizens, sullied the sacred ground of a church, and held up a Bible while perverting everything in it, you unleashed forces that in your crassness you can’t possibly comprehend.

I can explain it to you, but I can’t understand it for you. Nevertheless, I’ll put it in story form in the hopes that someone close to you will be able to comprehend it.

During World War II, Jews from Norway were being deported by ship to their deaths in the camps. As their ship passed by the port of Gothenburg, the Bishop of that city stood in the Cathedral and declared, “If we stay silent, the stones of the church will cry out.” The stones of that church courtyard in our nation’s capital, Mr. Trump, are crying out right now, because we have been silent too long. And the walls of this synagogue are crying out too, and the walls of every religious institution in our nation that understands the meaning of desecration, and is revolted by it.

Mr. Trump, you have called the demonstrators “terrorists.” But what’s truly terrifying is the thought that the man who sits in the office of the President of the United States of America could have such profound disregard for the principles, the sacred principles, on which this country was founded.

In the portion of that Bible that we are reading this week, it talks about the chiefs of the tribes of Israel, who—without tear gas and stun grenades—came into the sacred precincts of the tabernacle to offer their sacrifices. They were called nesi’im, from the Hebrew word for “lifting up.” That’s what leaders are meant to do. Lift us up.

You tear us down.

And we will be silent no longer.

About the Author
Rabbi Wolkoff serves Congregation Bnai Tikvah in North Brunswick. He has published hundred of articles and lectured internationally on Jewish topics, and has been active both in interfaith work and in the struggle against anti-Semitism, both in the United States and in Sweden, where he served for a decade. He is a JNF Rabbi for Israel.
Related Topics
Related Posts
Comments 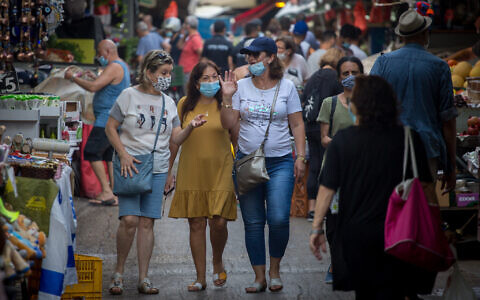 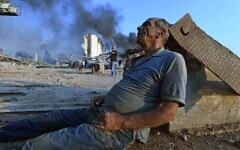 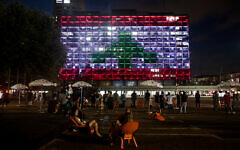 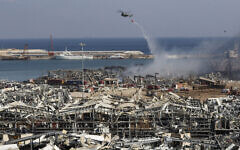 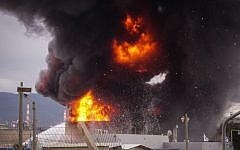