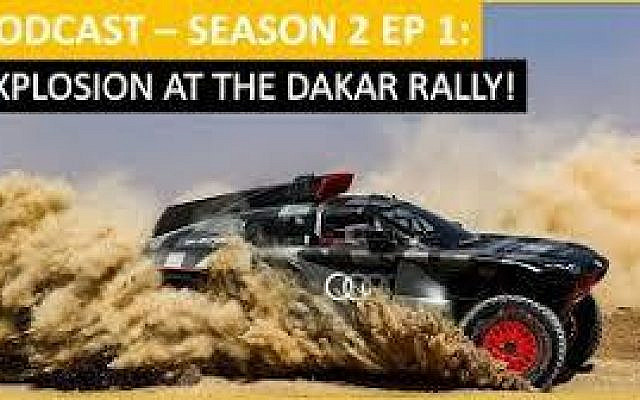 Like Qatar, after winning the right to host this year’s World Cup, Saudi Arabia is discovering the pitfalls of seeking soft power, whether through sports or religion, without coming to grips with skeletons in its closet.

Last week, France spotlighted the pitfalls when it questioned security in the kingdom following a mysterious explosion in a support vehicle carrying six members of the Sodicars Racing team, which exploded outside the Donatello hotel in the coastal city of Jeddah.

The explosion, days before last week’s start in the kingdom of the Dakar Rally, severely injured French driver Philippe Boutron. The 61-year-old suffered “burnt and torn” legs and was moved to a military hospital in Paris for further medical treatment after three initial operations in the kingdom. The other passengers escaped unscathed.

The explosion cast a shadow over Saudi efforts to project itself as a prime venue for major international sports events. It also dented the impact of last month’s visit to the kingdom by French President Emmanuel Macron and his meeting with Crown Prince Mohammed bin Salman. Mr. Macron was the first Western head of state to engage directly and publicly with the crown prince since the 2018 killing of journalist Jamal Khashoggi in the Saudi consulate in Istanbul.

Differences between France and Saudi Arabia over the cause of the explosion could raise questions about security in the kingdom as well as the crown prince’s crackdown on potential rivals and any form of dissent.

Originally dubbed the Paris-Dakar rally, the race moved from North and West Africa several years ago for security reasons, first to South America and in 2020 to Saudi Arabia.

France opened a terrorism investigation into the incident, but Saudi Arabia has insisted that its inquiry had found no initial criminal suspicions. The Saudi foreign ministry said it was liaising with French authorities.

The issue was likely discussed in a telephone conversation on Sunday between Saudi Foreign Minister Prince Faisal bin Farhan and his French counterpart, Jean-Yves Le Drian.

In addition, France warned its nationals in the kingdom to exercise “maximum alertness” in the wake of the blast.

Sodicars chairman Richard Gonzalez supported French suspicions of a deliberate attack. “I saw everything. It was a deliberate act; there’s no doubt about it,” Mr. Gonzalez said.

Saudi Arabia is widely believed to see sports as an opportunity to diversify its economy away from dependence on oil exports and as a vehicle for improving public health and a means to polish its badly tarnished human rights image.

The explosion coincided with a second recent setback in Saudi efforts to distract from its human rights abuses not only through sports but also by projecting the kingdom as a religiously tolerant beacon of a ‘moderate’ interpretation of Islam and a leader in inter-faith dialogue.

The kingdom’s projection suffered a defeat with the forced decision to move its King Abdullah bin Abdulaziz International Centre for Interreligious and Intercultural Dialogue (KAICIID) from Vienna to Lisbon. The centre hopes that the kingdom’s lack of freedom of religion and tarnished human rights record will spark less controversy in the Portuguese capital.

Supporters of the centre, part of a Saudi effort to garner religious soft power in competition with other Middle Eastern and Asian states, including the United Arab Emirates, Qatar, Turkey, Iran, and Indonesia, have blamed anti-Muslim sentiment for the controversy surrounding it.

Heather Wokusch, a consultant who has worked with KAICIID, noted that the centre had offered free of charge workshops to integrate Muslims into Austrian society and organized events to build capacity in peaceful dialogue and interfaith principles. These included initiatives to counter hate speech in Nigeria and protect Rohingya in Myanmar.

“Why close an office that is successfully supporting vulnerable populations in Austria and abroad? And who will take responsibility for all those services if the KAICIID Dialogue Centre is shut down?” Ms. Wokusch asked.

Unanswered was why the promotion of inter-faith dialogue and inter-communal harmony should be primarily outsourced to a Saudi-funded institution rather than be as much an equally-shared responsibility of Austria and other members of the international community.

Similarly, unmentioned is the lack of a degree of religious freedom and tolerance in the kingdom that contrasts starkly with its global promotion of inter-faith dialogue. In contrast to most Muslim-majority countries, the kingdom bans public non-Muslim worship and the building of non-Muslim houses of worship.

To be fair, the kingdom has allowed oblique references to Christmas and Valentine’s Day in recent years. Last year, it removed supremacist references to Jews, Christians, and Shiites in schoolbooks.

However, Saudi Arabia may also be encountering headwinds in its traditional diplomatic efforts to dial down tensions in the Middle East, in part by entering into an Iraqi-managed dialogue with Iran.

In a reversal of what appeared to be efforts by both countries to tone down their rhetoric, Saudi media in recent days published articles raising issues to which Iran is particularly sensitive.

The publications came days after Saudi King Salman expressed concern about Iran’s alleged lack of cooperation with the international community on its nuclear and ballistic missile programmes and its “negative behaviour” in the region.

Together with earlier statements by Saudi officials designed to temper expectations about the talks with Iran, the king’s remarks and the publications appeared to suggest that progress in the dialogue was slow-moving.

“We follow with concern the Iranian government’s policy which is destabilising regional security and stability, including building and backing sectarian armed militias and propagating its military power in other countries,” the king said.

Feeding an Iranian belief that Saudi Arabia together with the United States would like to see a break-up of Iran as a nation-state, Arab News, the kingdom’s foremost English-language newspaper, last week published a full-page article detailing the plight of repressed Iranians of Arab descent in the oil-rich province of Khuzestan and their century-old aspirations.

Similarly, in a recent article, Al-Jazirah, a daily newspaper that, like all Saudi media, toes the government line, reverted to sectarian rhetoric. The article asserted that Iran sought to spread its Shiite strand of Islam beyond the Middle East, particularly in Indonesia, Malaysia, India, Ethiopia, and Nigeria.

None of this is to say that Saudi public and traditional diplomacy has failed.

However, it does suggest that to be effective, efforts to project Saudi Arabia as an enlightened kingdom require greater degrees of transparency and adherence at home to the same principles it propagates abroad.

It also suggests that a rapprochement between the kingdom and Iran is likely to be fragile and more a mutually acceptable arrangement than a meeting of the minds irrespective of whether or not talks in Vienna succeed in reviving the 2015 Iranian agreement that curbed the Islamic republic’s nuclear programme.