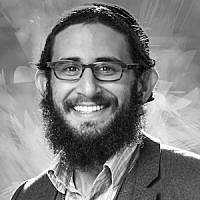 The Blogs
Yaakov Lehman
Apply for a Blog
Please note that the posts on The Blogs are contributed by third parties. The opinions, facts and any media content in them are presented solely by the authors, and neither The Times of Israel nor its partners assume any responsibility for them. Please contact us in case of abuse. In case of abuse,
Report this post. 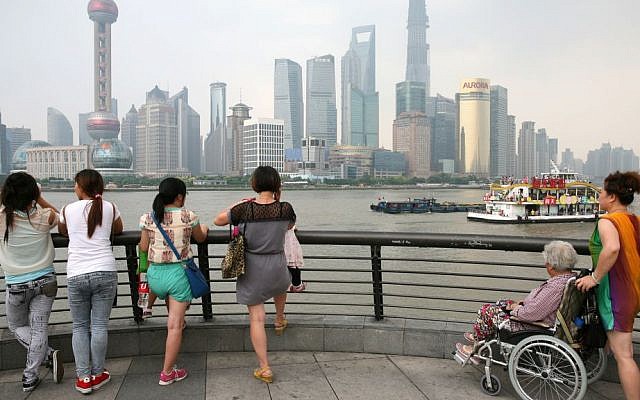 While walking through People’s Park on a sunny Sunday afternoon in Shanghai, I am accosted by a complete stranger:

“Excuse me, are you from Israel?”

In your typical non-descript world city this might be a recipe for trouble. Not in China.

:In a country of 1.4 billion with virtually no history of anti-semitism- and where 13 of the top 100 business books reference the word Jewish- possessing semitic heritage is far from a liability. It is an asset that draws intrigue, friendship, and endless cameo selfies.

It is within this ‘twilight zone’ cultural backdrop, that I arrive in Hangzhou for the China Israel Roadshow, a 2-day event showcasing Israeli technology in China. I am part of an Israeli delegation that includes representatives from the Weizmann Institute, Mobile Eye, and 12 Israeli startups. We are here to talk about scaling Israeli hi-tech in China.

Jews are no strangers in Hangzhou. A synagogue was established there in the 12th century, when Hangzhou became the capital of the Song dynasty. As was true back then, the Hangzhou of today is no small village. With a metropolitan population of 21 million, Hangzhou remains one of China’s most vibrant economic hubs. It is the headquarters of Alibaba (the Amazon, Etsy, and Ebay of China), TenCent’s WeChat (their Facebook, Snapchat, and Venmo), and HikVision (Big Brother of the Surveilance Age). Binjiang, Hangzhou’s high tech district, alone brings in $70 billion dollars of tax revenue a year. That’s nearly the the entirety of Israel’s annual tax income. 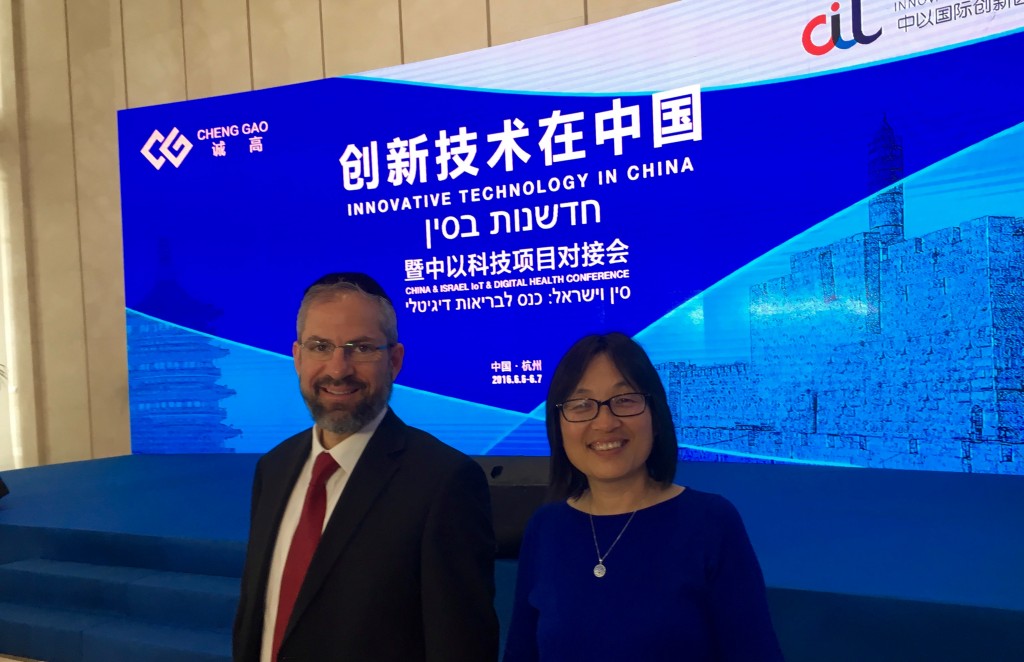 The roadshow was initiated by Danny Roth, CEO of the China Israel Exchange. For several years, Roth has been cultivating a web of Chinese connections interested in doing business with Israel. His partner in Hangzhou is a wealthy industrialist-turned-hi-tech investor named Mr. Jiao. Founder of the Cheng Gao Group, Jiao has just inducted a brand new 22 story building dedicated to innovation and technology. It’s an impressive structure. The towering wall of LCD monitors tops anything I have seen at Google. Ancient Chinese lithographs line the walls. The marble is polished, lighting dapper, and espresso well composed. Not to mention it boasts the sharpest Israel Innovation Pavillion I’ve seen this side of Jedda.

Let me repeat that: Cheng Gao has built an entire floor dedicated to Israel. A 20 foot panorama of Jerusalem lines the Israel innovation showroom, along with pictures of Masada, a children’s “Talmud Torah”, and Rabbinic scribes penning a Torah Scroll. There is even a ‘kosher’ cafe called Joe Leah, its walls freshly adorned with a fresco of the Port of Jaffa. 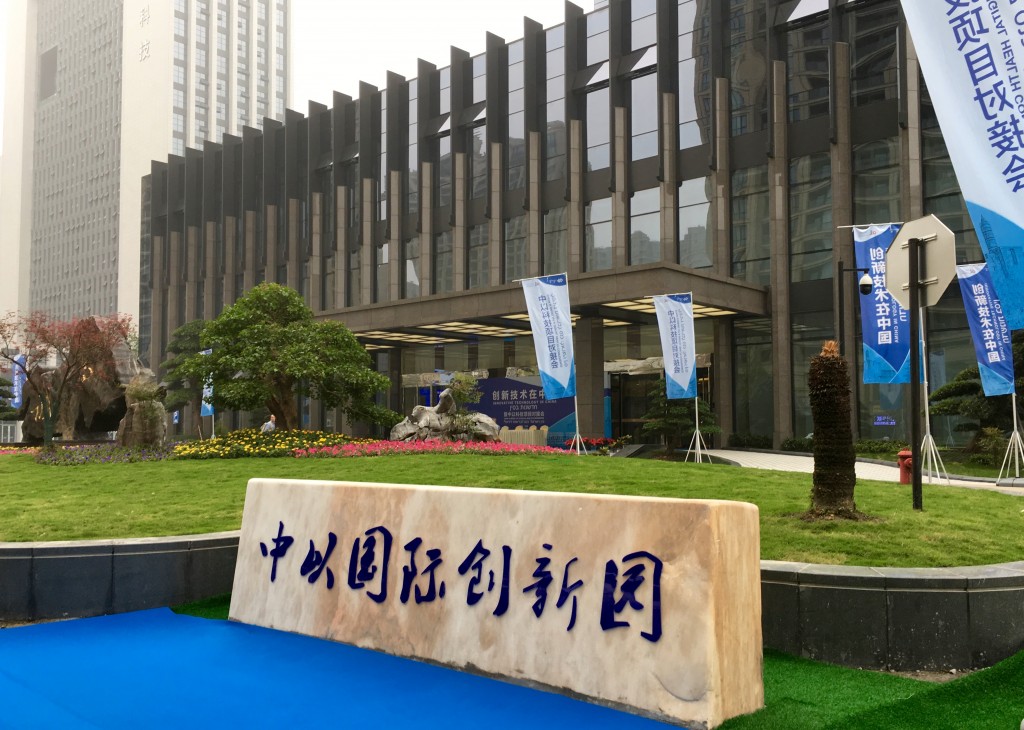 In Front of the New Cheng Gao Building

When our tour bus arrives at the conference venue, we are escorted past a procession of camera clad journalists- and machine-gun clad security- into a private sitting room. The unmistakable scent of diplomacy fills the air. The government is kind of a big deal in China. More than most places in the world. This hi-tech conference will not be spared the formalities. The district mayor finally arrives and everyone rises to their feet. He exchanges greetings with the seasoned statesman of our delegation, Yehoshua ‘Shuki’ Gleitman, circled by an entourage of eager bureaucrats and slightly bewildered Israelis.

Shuki is emblematic of the type of relationships being forged here in China. The former Chief Scientist of Israel, Shuki recently set up a $100 million investment fund for Israeli Life-Science companies in China. His partners include the government of Guangzhou and China’s largest pharmaceutical company. Not exactly a lightweight.

Once the district mayor takes leave of us, we are swiftly whisked out of the meeting room to the front of the auditorium. I am immediately struck by the intense enthusiasm of this conference. The proceedings open with four brief addresses from Chinese VIPS. Brief as in 3 minutes; high energy, and on point. The presenters are jazzed up, confidently ascending the stage as a triumphant soundtrack possibly nabbed from Rocky IV blares in the background.

Following the rapid fire succession of Chinese VIPs, Shuki Gleitman takes the stage. He addresses the government officials in the audience, pleading with them to invest in early stage ventures: “You are needed early on, where the risk is high and the relative money needed is low. With all the jobs and knowledge created, you just can’t lose.” Suggesting that it may sometimes be difficult dealing with Israelis, he quips, “It is our chutzpah that allows us to disrupt the status quo.” An instant crowd pleaser. 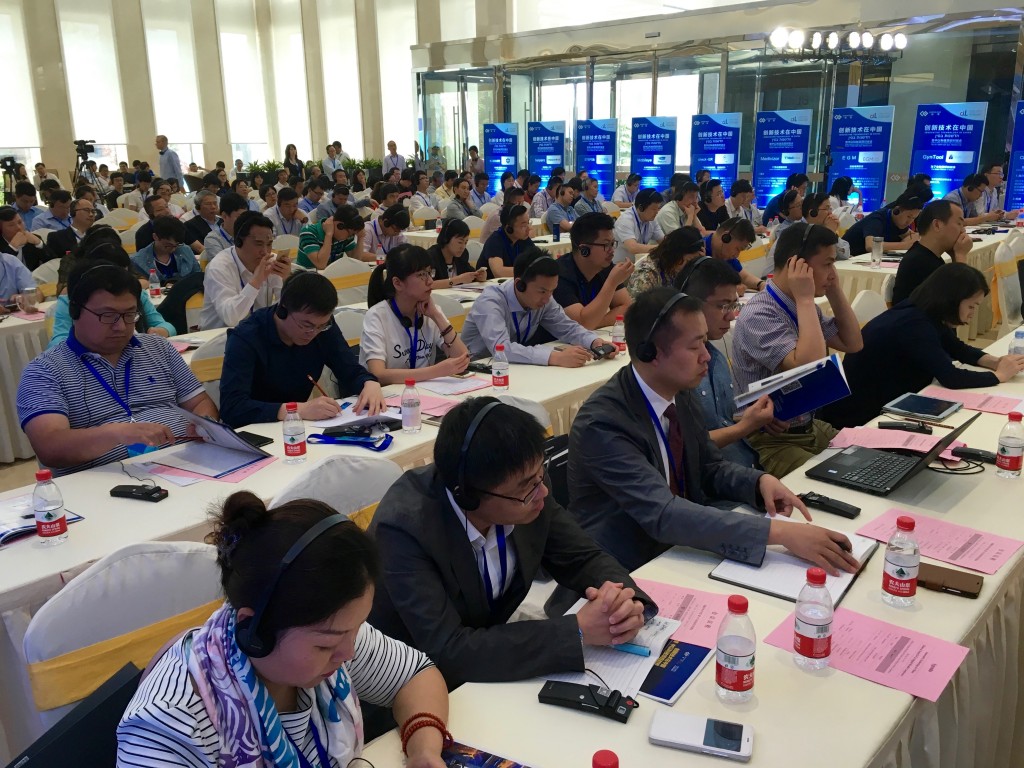 The ensuing panel discussion veers directly to the topic of Israeli culture. Conference organizer Danny Roth suggests that although “necessity is the mother of invention” Israel’s geo-political challenges are not the source of their innovative spirit. “Jewish history shows us that when Jews are given a chance to thrive, we will. This is predicated on deep values such as education, innovation, questioning, disagreement, and acceptance of failure which have been with the Jewish people for a long time. They have merely taken on a new form in the modern state of Israel.”

The panel moderator instantly agrees and suggests the Chinese have lots to learn from Jewish culture. “When I saw there was no time for Q and A on the schedule, I was furious. We need more questioning, and I will personally carve out time in this session for people to ask questions.” Chutzpah can have its payoffs, it seems.

For lunch, we are brought up to the fourth floor “Joe Leah” cafe, where Chabad of Shanghai has catered a beautiful Glatt Kosher Sino-Judaic spread. “You won’t believe how many of these events I do a month,” the bearded Shliach tells me, his accent betraying Francophone roots. “There are Jews everywhere doing business in this country.”

The afternoon kicks off with the “Roadshow” part of the conference. With back-to-back 20 minute pitches, each Israeli company presents their promise to deliver cutting edge IoT (Internet of Things) or Digital Health technology to the Chinese Market. China’s lapsing healthcare system features as a common antagonist in their narratives: “imagine that all those remote villagers could receive instant clinical diagnosis with this ________ (fill in the blank) sensor/app/platform.” One company even proposes conducting rehabilitation remotely with Israeli physical therapists via a smartphone app. The Chinese outsourcing their medical care to the Israelis — what a world we live in. 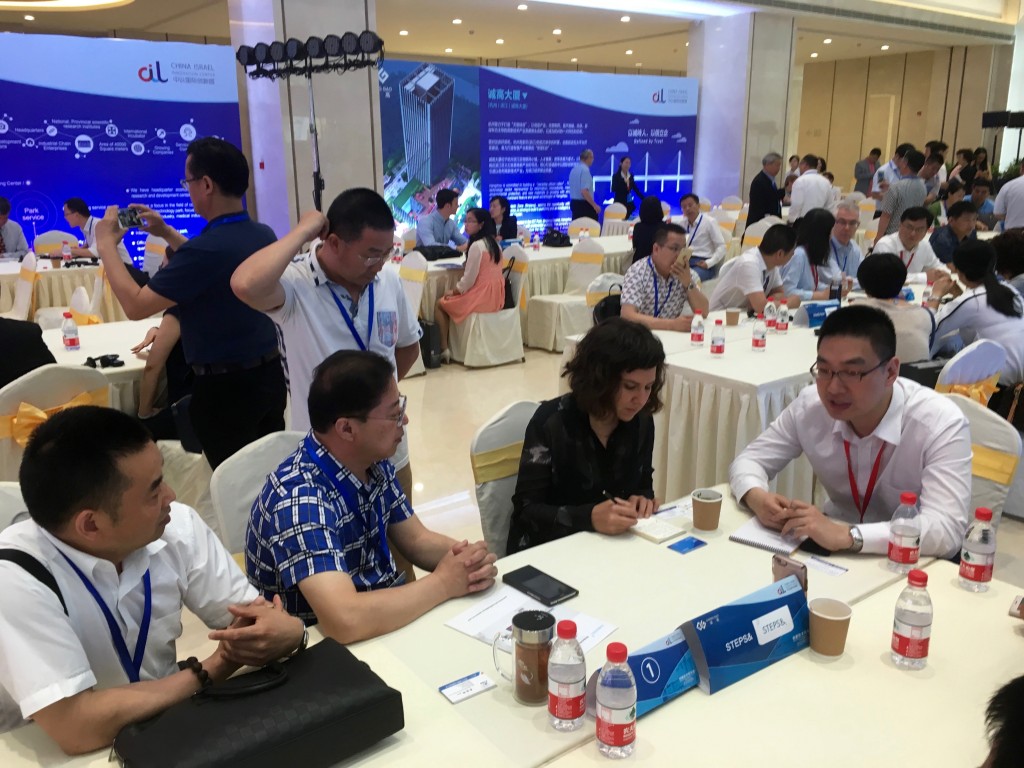 Day two of the conference is where the pedal finally hits the metal. The auditorium is transformed into a speed dating forum for investments. Each Israeli company is given a massive table, replete with accompanying Chinese-English translator. Business cards start flying. Connections are made and pitch decks exchanged. Handshakes abound, but who knows what the future will hold.

Chinese-Israel relations are not simple. The culture gap is wide. Trust is brittle. “Both sides need to exercise great patience,” may as well have been the unofficial title of all the keynote addresses. If any deals do come out of this conference, one thing is certain: it will take time.

For Danny Roth, and his burgeoning China Israel Exchange, the future remains bright as ever. “The Chinese have a sincere willingness to invest in Israeli technology,” Danny tells me as we debrief the roadshow walking down a narrow Jerusalem alleyway. “We are building the infrastructure to streamline this process for both sides. The sky’s the limit.”

In an era of Smart Cities and Drone Technology, I don’t get the impression he is exaggerating.

Yaakov Lehman is founder of Wisdom Tribe, a Digital Age production and creative services agency focused on mindful and social impact ventures around the world.

About the Author
Yaakov Lehman writes on the intersection of spirituality and technology. He is CEO of Wisdom Tribe - a next level Torah Media company delivering "Ancient Wisdom, Optimized For The Digital Age". Yaakov travels the world teaching Torah Wisdom, as well as learning from top thought leaders technology, education, and design. Yaakov earned a B.A. in Global Studies from the University of California at Santa Barbara where he founded an annual 3,000 person music and arts festival. He went on to earn an M.A. in Global History from the London School of Economics and an M.A. in Global Studies from the University of Vienna, where he specialized in East Asia.
Related Topics
Related Posts
Comments