Modern Lithuania claims to be on the side of truth and justice for (current) crimes committed outside of Lithuania. It’s history of crimes committed by Lithuanians, on other Lithuanians, inside Lithuania, is what they find malleable, and subject to change almost daily. One of the loudest hue and cries when the Ukrainian conflict began was from Lithuania who demanded war crimes be applied to the Russian invaders. This would be the appropriate approach, if they meant it. Their selective focus on truth and justice depends on the national ethnicity of the perpetrator and the Jewishness or lack thereof of the victim. 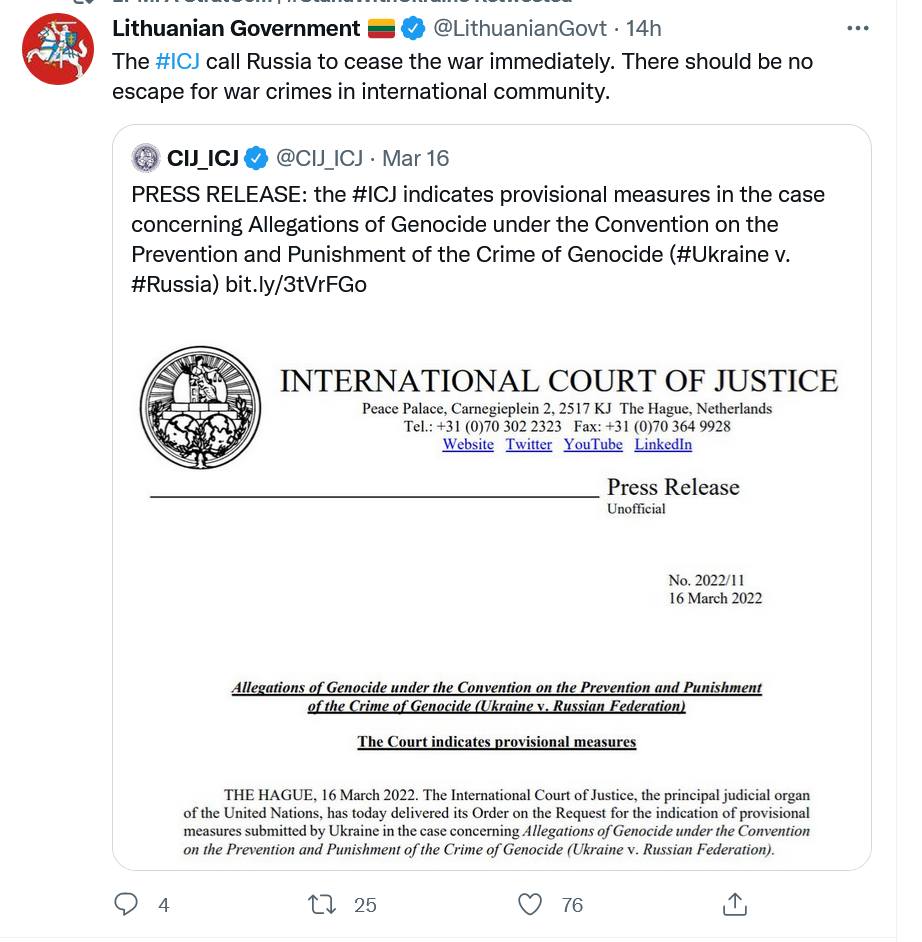 Nachman was a Jew. During the Holocaust, his father was murdered by Lithuanian Police. His mother was murdered in Majdanek Concentration camp under the guard of a Lithuanian named Baltusis (Lithuanian Government claims Baltusis was unaware of murders of Jews under his domain). Nachman’s siblings, Rochel, Peisach and Yitzhak were also slain. They were exterminated simply because they were Jewish Lithuanians, and undesirable and unacceptable to Lithuanian leadership.

Lithuanians vilified, marginalized and massacred, their Jewish countrymen, but it started decades before the Nazis arrived. Participation in every aspect of Jew-hatred was considered entertaining and morally righteous. With impunity, Lithuanians had no qualms about continuing the tropes, cartoons and torture that was socially acceptable behavior.

Only 0.04% of Lithuanians are proven to have rescued Jews in Lithuania, while tens of thousands participated in persecution of families such as Nachman’s. To most Lithuanians, Jews were an annoyance and should be avoided or killed. During Soviet rule, Lithuanian Holocaust perpetrators were prosecuted by Russia for murdering Soviet (Jews were never mentioned) Citizens. After Lithuania regained independence in 1990, Lithuanian Holocaust perpetrators returned to Lithuania where they knew they could remain safely, and avoid the prosecution they might face in the west. Rather than being prosecuted for murdering Jewish Lithuanians, many of them were remade into heroes.

Upon regaining independence in 1990, the Lithuanian government passed a “rehabilitation law” specifying that no rehabilitations would be granted to anyone who had “participated in genocide”. The rehabilitation law was designed to deceive and was a complete sham. In Lithuania the very idea of Genocide was focussed on those that perpetrated atrocities exclusively against Lithuanians, Jews had no relevance.

The Lithuanian (ridiculously named) “Genocide Museum” held no identified Lithuanians responsible for any wrongdoing or culpability in the Holocaust. “Local collaborators” were unnamed. The Lithuanian Government leadership created this warped vision and false narrative. In fact, the perpetrators of genocide were remade into local Lithuanian heroes, and their names carved into the exterior of the Genocide Museum, as well as on monuments, plaques, memorials, schools, and street signs.

Nachman Dushansky never participated in Judaic ritual or practice. Yet, in the convoluted thinking of antisemites everywhere, Judaism was and remains a crime that does not need to be proven. Suspicion, innuendo, ignorance and conspiracy theories combined to turn Lithuania into killing fields for Jews. If a newborn infant and an octogenarian were deemed to be Jews, they were slaughtered on suspicion alone. The very word “Jew” was a monstrous insult to those who considered themselves true Lithuanian patriots. Slaughter first, ask later. Lithuania has the dubious distinction of having murdered the most Jews per capita during the Holocaust. It was safer to be a Jew in Nazi Germany than it was to be a Jew in Lithuania.

Nachman escaped the Soviet Union by emigrating to Israel in 1989. 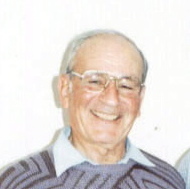 Accusations by Lithuania against Dushansky surfaced in 1996. At the same time, Lithuania was attempting to re-write their sordid history of hatred. They declared many murderers of Jews as innocent of any crimes. In their eyes, and in the general opinion of the Lithuanian public, there had been no acknowledgement that there were any true victims except for themselves.

Desperate for a scapegoat and fall-guy, it was only natural to blame anything and everything on Jews. In 1999 and in 2001, Lithuania attempted to prosecute Dushansky. The Lithuanian government demanded Israel extradite Nachman in order to prosecute him on Lithuanian soil, in front of Lithuanian jurists. Israel refused, claiming there was no evidence and no proof.

Lithuania claimed he was a former lieutenant colonel in the KGB. They accused him of crimes against humanity. The Lithuanian Attorney General’s Office wrote to the Jerusalem Ministry of Justice claiming they had obtained documents proving that Dushansky was involved in the 1941 murder of Lithuanians in the Rainiai forest near Telsai, and after World War II – in the exile of four families from Lithuania to Siberia. Lithuanian authorities also accused him of a smorgasbord of other crimes. No actual evidence was presented to the Israeli authorities.

The Lithuanian request stunned Ministry of Justice officials and figures such as the historian Prof. Dov Levin of Yad Vashem and Hebrew University. Historical researchers were similarly confounded. Dr. Ephraim Zuroff, Director of the Simon Wiesenthal Center in Israel, described the request as “insolence.” Prof. Levin called it a “disgusting act.” All right-thinking intellectuals, academics and lay people found these accusations did nothing except muddy the waters for blame for the Holocaust.

Efraim Zuroff of the Wiesenthal Centre obtained evidence of at least a dozen cases of Holocaust perpetrators who had been “rehabilitated”. These “rehabilitations” were granted to individuals who Lithuania considered “wrongly convicted by the Soviets during their second occupation of Lithuania”. Many were, in fact, correctly convicted of genocide, war crimes, and other crimes against humanity.

This evidence made the front page of the New York Times. After initially denying any wrongdoing, Lithuania was forced into agreeing to form an international Lithuanian-Israeli commission. Speaker of the Knesset, Shevach Weiss, appointed a commission in 1995, including MK Dan Meridor, Prof. Levin and Dr. Zuroff.

The Commission submitted a listing of Lithuanian Holocaust perpetrators to the Lithuanian Government, who promised to examine the list and report back on who they consider guilty. That has never happened.

Lithuanians did not follow through on any of their commitments and promises. This was not a matter of gaining justice so much as smoke and mirrors they continue to use to this day. A tried and true strategy for Lithuania. These promises are still in the ether, never having come to fruition. Lithuania is expert at perverting real justice. A more recent example is the international agreement against Holocaust revision. They signed this with full knowledge they would not honor their words and it was just frivolous expediency. Let anyone that signs an agreement with the Lithuanian government know that their word is worthless. Nothing they say or sign is binding.

Because of legalities, Israel was forced to continue the Dushansky charade. They investigated, and absolutely no corroboration was to be found.

What was discovered is that at least twenty Russian officers were superior rank to Nachman, and were directly involved in the so-called war crimes committed. None of those twenty officers were penalized or accused by the Lithuanian government. Twenty five LITHUANIAN officers of the same or higher rank in the same unit were not even investigated. The accusations against Nachman were a blood libel to shift blame and accuse a Jew of war crimes against Lithuania. Nachman was Lithuania’s version of France’s Dreyfus. The extradition was categorically refused.

Therefore, it is a dramatic shift in Lithuanian Government policy to demand the prosecution of war crimes. Lithuania’s prior conduct displayed no such zeal to prosecute war crimes, or to have any care or concern about truth, murder or signed agreements. This has nothing to do with justice, and everything to do with saving face and supporting a false narrative. 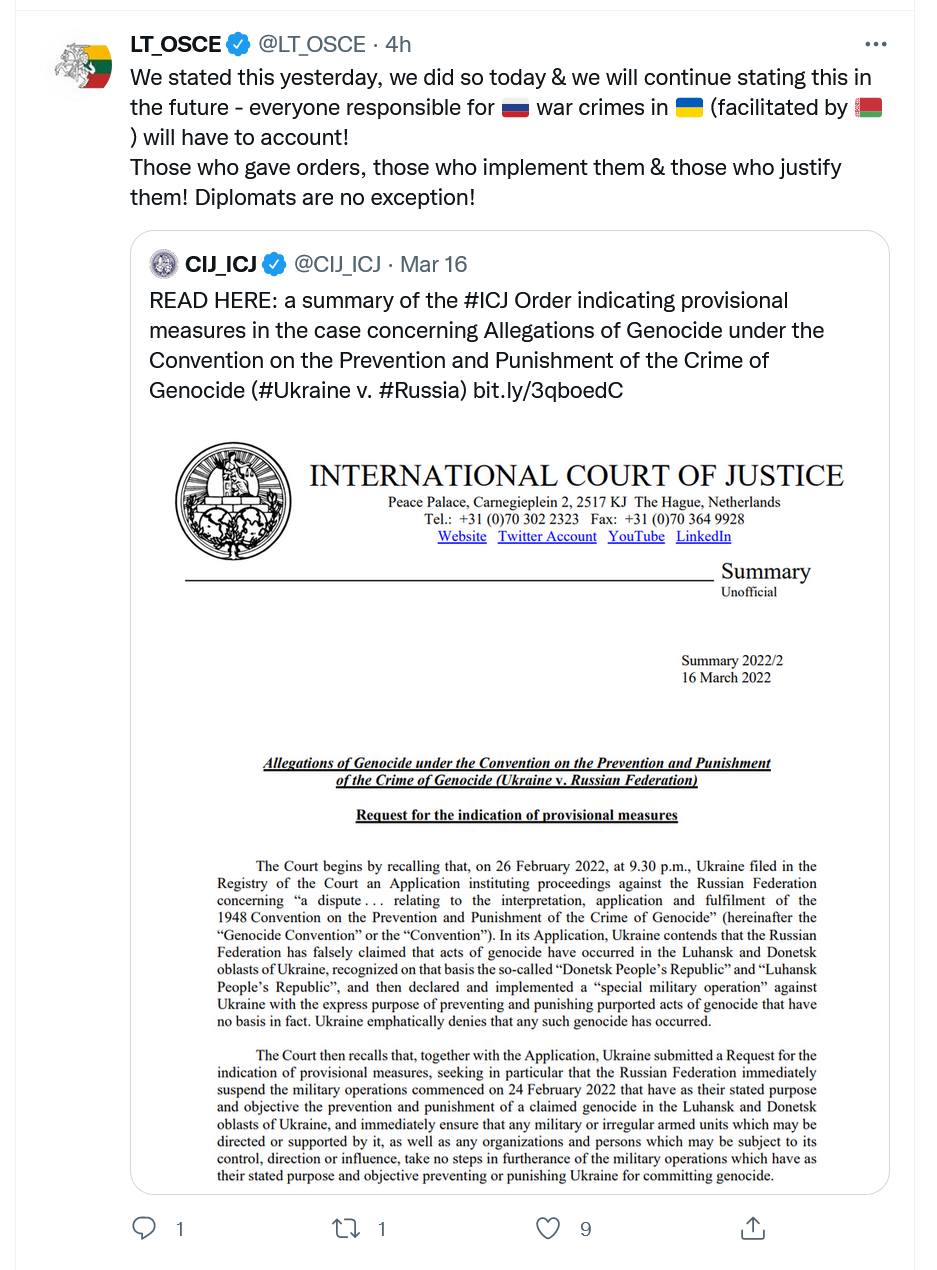 Nothing can undo the slaughter, we must remain content to stop the slander.

With thanks to Dr. Melody Ziff