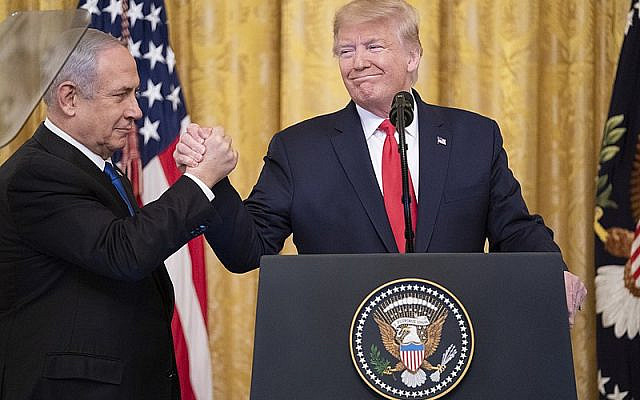 A few miles from my house, well within smelling distance, construction has begun on a waste-to-energy incinerator. These incinerators are notorious for their bad smells, environmental destruction, and air pollution. Israel’s new Environmental Protection Minister, Gila Gamliel, has halted construction on three of these plants, but has allowed the one near our town to continue. The difference between the three that she stopped and the one near our town is the green line. The three that were stopped are within Israel’s green line, and ours is over it, in Judea and Samaria (The West Bank). Since Israeli sovereignty hasn’t been extended to our area, the air polluting incinerator is going forward. It will severely affect our quality of life. This is just one of many examples of how Israelis who reside in Judea and Samaria, settlers, live different lives than Israelis within the green line.

When President Trump announced his plan, and included in it the promise of American support for extending Israeli sovereignty to Judea and Samaria, I was shocked. Like many skeptics, I read the plan looking for the catch. When it called for a Palestinian state I was initially disappointed but when I read the conditions for American support for the plan, I quickly came to two realizations. First, there was no way the Palestinians could or would meet these requirements, and second, any reasonable reading of the plan should recognize the dream come true of sovereignty and the impossibility of a Palestinian state coming to fruition.

Settler leaders like Efrat Mayor Oded Revivi recognized the benefits of the plan immediately, writing, “It is now our responsibility to embrace the Trump program – and apply Israeli law according to its framework throughout Judea and Samaria.”

Unfortunately other settler leaders objected and publicly criticized the plan. They lobbied Prime Minister Netanyahu to reject the plan, even at the cost of sovereignty. Objections ranged from the plan not calling for sovereignty on all of Judea and Samaria to a comprehensive map not having been released, unfounded worries about certain settlements being left alone in danger, and chief among them, the plan’s call for a Palestinian state.

“Trump peace plan shows he’s not a friend of Israel,” “The president and Kushner do not have Israel’s security and settlement interests in mind,” “The only thing they’re concerned about is promoting their own interests ahead of the upcoming election.” These statements weren’t said by left wing opponents of the plan, but by settler leaders! Pro-Settler NGOs thought the plan was a restaurant menu and they could choose the parts they liked, reject what they didn’t like and expected President Trump to support them. One NGO wrote, “We urge the Prime Minister to extend Israeli sovereignty to all Jewish communities in Judea and Samaria – but under no circumstances should he agree to the creation of a Palestinian state in the heart of Israel.” As if President Trump would veto UN Security Council sanctions against Israel after being told off by the Israelis. Meanwhile Palestinians laughed at the settlers, with one PA official saying, “The settlers’ opposition to the plan is doing our work for us.”

Instead of negotiating a map with the Americans and extending sovereignty on Judea and Samaria, Prime Minister Netanyahu was forced to waste first hours, then days and eventually months negotiating with settler leaders and their unreasonable demands. The American administration waited patiently but their patience with settler rejectionism and being insulted eventually took its toll; One American official was quoted as saying, “If the settlers don’t want what the administration currently has to offer, they shouldn’t come to us in the future. The expectation was that they see the bigger picture.” Sovereignty was never extended.

Last week’s surprise announcement of Israel and the United Arab Emirates’ deal of normalization required Israel to suspend its plans of sovereignty. Once again, it seems like the extension of sovereignty to Judea and Samaria is a dream. Only this time, settlers have only their leaders to blame.

While we’ll probably never know with certainty, I believe that had settler leaders set aside their ideological objections towards a Palestinian state and thought practically, they could have achieved sovereignty. Immediately after the plan was announced in January, settler leaders could’ve enthusiastically backed Prime Minister Netanyahu and urged him to extend sovereignty as soon as possible. Today settlers would be enjoying living under Israeli civil law.

One settler elected official theorized that settler leaders’ actions could only be understood if deep down they didn’t want sovereignty and enjoyed the extralegal status they now live under. While I don’t know if that theory is correct, the settler leaders’ behavior and positions seem completely unreasonable. Settlers and their advocates will spend decades regretting the day when the chance for sovereignty was at hand – and they said no.