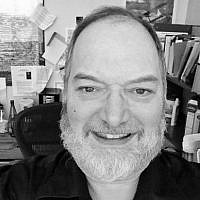 The Blogs
David Shayne
Apply for a Blog
Please note that the posts on The Blogs are contributed by third parties. The opinions, facts and any media content in them are presented solely by the authors, and neither The Times of Israel nor its partners assume any responsibility for them. Please contact us in case of abuse. In case of abuse,
Report this post. 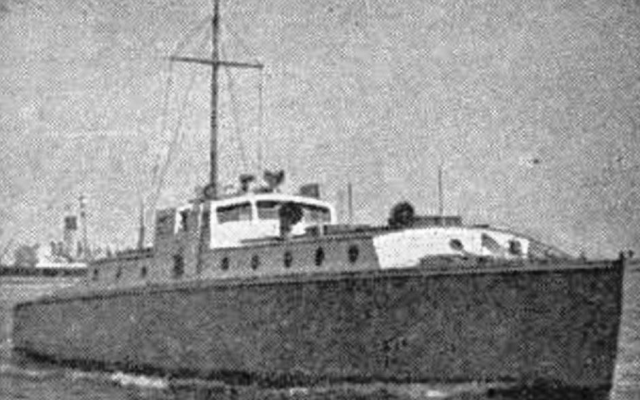 Eighty years ago, on May 15, 1941, the Hagana, the largest Jewish underground military organization in pre-Israel Palestine, announced the formation of the Plugot Mahatz — loosely translated, “strike companies” — that would comprise full time recruits under arms at all times, to be known by the acronym “Palmach.”

This year also marks 80 years since the “Sea Lion” disaster, often referenced in Hebrew as in which the Hagana lost 23 of its best fighters, many of whom were slated for leadership positions in the new force.

Both occurred during the short-lived cooperation between the Hagana and Great Britain, during World War II, at a time when the Nazis were winning.

At the center of both events stood a remarkable woman — Shoshana Spector. 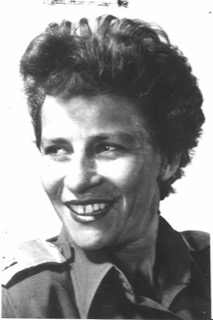 Known to all simply as “Shosh,” Shoshana Tatar was born in 1914 in Russia. Her family emigrated to Palestine shortly after her birth and settled at first in Jaffa. Shosh, a striking woman with piercing green eye, became self-sufficient at an early age, living as a small child through the upheavals of World War I and the Anti-Jewish “May Day” riots of 1921 during which her family home became a make-shift field hospital for wounded Jewish victims.

By 1929, when the next round of anti-Jewish violence broke out, Shosh had moved with her family to Balfouria, a Moshav near Afula. She recalled her father fortifying the perimeter of the moshav and put the women and children in a drained reservoir in case they were attacked. Fortunately, they were not, but the experience of cowering in the drained metal pool had a profound impact on Shosh, who swore from that day forward she would never cower in a pool or anywhere else.

In 1932, Shosh joined the Hagana where she served with Tzvi Spector, a delicate-featured youth, whose soft looks belied his tough personality. Yitzchak Sadeh, the founder and first commander of the Palmach, commanded their unit, sometimes called “Sadeh’s Boys,” notwithstanding the obvious fact Shosh was not a “boy.”

Tzvi and Shosh married in 1940 and had a son, Iftach, later that year. In the Spring of 1941, Tzvi seriously injured his leg in a motorcycle accident. On the night of May 15, 1941, Sadeh showed up unexpectedly. Shosh was immediately apprehensive, with good reason as it turned out.

Sadeh told Tzvi the Hagana and the British military had prepared plans for a joint British-Hagana sea-borne raid on oil refineries near Tripoli in Vichy-controlled Lebanon in an effort to disrupt German air operations from Syria. The British provided a small patrol craft named the “Sea Lion” and an intelligence officer. The Hagana supplied the crew, the 23 operatives, the weapons and explosives.

Earlier that day, however, the mission commander had doubts about the mission’s viability and backed out. Sadeh, needed a replacement and quick. (Sadeh himself wanted to lead the mission but the Hagana high command refused his request).

Tzvi agreed to lead the mission. Shosh protested, Tzvi had not been training with team and he not recovered from his injury. But Tzvi stuck to his decision.

Despite her misgivings, Shosh accompanied him to Haifa on May 17th. They spent their last night together in a hotel near the harbor. On the next morning, M, the Sea Lion , set sail from Haifa Harbor, headed due west before transmitting, “Turning North,” and was never heard from again.

To this day, no one knows for sure what befell the 24 ill-fated warriors. Rumors flew the crew had been captured and were held prisoner, in Italy or North Africa. But others feared that more likely, the ship met with some terrible accident, possibly the accidental ignition of the explosives .

Dark conspiracy theories surfaced, suggesting that the British sabotaged the mission in order to cripple the Hagana by killing its top operatives. The only evidence as to the fate of the ship’s crew surfaced in a report by a Hagana operative engaged in espionage in Lebanon that some body parts washed up shore in the general vicinity of the refineries. Today, it is believed the ship exploded, either en- route to its target or perhaps it was shelled as it approached the shore.

For a variety of reasons, the Hagana withheld the bad news from the public and the fallen’s own families. Despite his closeness with the Spectors, Yitzchak Sadeh did not have the courage to face Shosh, who heard nothing for weeks. Then, in June, she encountered Sadeh in a café in Tel Aviv. By now, it was clear that the 23 operatives were gone. Shosh, now a widow with an infant son to raise, let Sadeh know she held him responsible for Tzvi’s death, he, in turn, broke down in tears.

Shosh forgave Sadeh who, in November, 1941, brought Shosh into the Palmach as its secretary. She soon became appointed to be the Palmach Adjutant, an official member of the Palmach top command. The Hagana Chief of Staff, Ya’akov Dori, opposed her appointment because he felt it was inappropriate for a woman to serve as a high-ranking officer, since she may need to be in the field in combat conditions. Sadeh insisted and Dori backed down.

Shosh held the position until Palmach’s dissolution in 1948, and rose to the rank of Major, the highest ranking woman in the Palmach. Shosh played a key role in staffing, recruiting, and assigning Palmach operatives to their respective units. Only the top Palmach commanders had more authority in the critical area of human resources.

Shosh’s service came at considerable personal sacrifice. She “outsourced” the raising of Iftach with friends or relatives, spending as much time with him as her duties would allow, which was not much. Shosh berated herself, feeling she neglected her duties a mother.

Whatever disadvantages Iftach faced growing up with relatives in the midst of an existential war for his people’s very survival (Iftach also lost one uncle in the war while an aunt and another uncle were severely wounded), he overcame them in spades: Brigadier General Iftach Spector became Israel’s most renown pilots, participating in the airstrikes against Egypt in the 1967 Six Day War, the desperate defense against the Syrian onslaught during the 1973 Yom Kippur War, and the 1981Osirak bombing raid, as he himself recounts in his excellent book “Loud and Clear” (Zenith Press, 2009).

Shosh retired permanently from military service shortly after the war. As a civilian, she worked in a managerial capacity for various business enterprises, including, at one time, running to office of the IDF Naval Officer School, named for the 23 fallen of the “Sea Lion” disaster. After her retirement, she volunteered in an experimental agricultural station and developed new plant varieties, which she named after Palmach women warriors who fell in battle. She died in 1984, just five days after her 70th birthday, while working on another plant variety. This last one the institute named for her.

Shoshana Tatar Spector’s strong-willed personality and indomitable spirit infected those around her and imprinted on the organization she helped create, the Palmach. She is one of the many women of Israel’s founding generation, most of whose stories of sacrifice and grim determination have not been sufficiently told, to whom the Jewish state owes its very existence.

I would like to thank Brigadier General Iftach Spector for his invaluable assistance both with this article, excerpted from my planned book on the Palmach, is based on his book her own recorded testimonial, in the archives of Amutat Dor HaPalmach (“The Palmach Generation” Non-Profit organization) located at the Palmach House in Ramat Aviv.

About the Author
David Shayne is an attorney, living in Seattle, Washington, who has been researching the Palmach for the the last 7 years and is in the midst of writing a history of the Palmach.
Related Topics
Related Posts
Comments