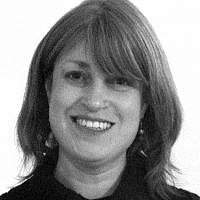 The Blogs
Chevy Weiss
Apply for a Blog
Advertisement
Please note that the posts on The Blogs are contributed by third parties. The opinions, facts and any media content in them are presented solely by the authors, and neither The Times of Israel nor its partners assume any responsibility for them. Please contact us in case of abuse. In case of abuse,
Report this post.

As a Haredi woman who has worked behind the scenes in politics for more than 20 years with dozens of winning campaigns under my belt, I was disappointed by the announcement of Haredi women calling for a place on the list of ultra-Orthodox parties in the upcoming Israeli election. I don’t know these women personally, and don’t know their specific experiences or motives. As a Haredi woman, I understand their concerns but don’t approve of the path they are taking towards their goals.

In the Haredi community, it is well-known that behind every successful Haredi man stands an amazing woman who is smart, creative and boasting great capabilities. Haredi women have been drivers of tremendous things, both publicly and privately, from Devorah the prophetess, who was known to be smarter than her husband, to Sara Shneirer, a divorced ultra-Orthodox woman who founded the Beit Yaakov education movement for Jewish girls.

For years, many Israeli Haredi women have worked, supporting their learning husbands. Haredi women are the first to encounter problems in their communities and usually the first to have brilliant ideas to resolve those issues. In contrast to their male counterparts, Haredi women have greater intuition, creativity, multi-tasking skills, and other vital abilities that would be very useful in the political arena. And we know that women’s intuitive knowledge and higher spiritual level are the pillars of the home, and subsequently of the community. For those reasons, Haredi women should be involved in politics. Just not in the spotlight.

If someone is a true Haredi woman, she isn’t running for personal recognition or publicity. There are three reasons a real Haredi woman would want to run for public office:

First, because she has been supporting a Torah scholar and does not want to take the men away from vital Torah learning. Let the men stay in the study halls and the women, instead of working in hi-tech companies or other businesses, can transfer their roles, experience and skills to the political arena.

Second, the women are very familiar with the problems, more so than men, in the community and are usually tired of inaction or insufficient response. When it comes to the economic crises the people of Israel face, the Haredi women, usually the breadwinners, want to make immediate change. They have ideas for solutions and want to implement them now. Unless the women are wives of great Rosh Yeshivas or other powerful men, the men usually don’t listen or respond to their ideas and solutions.

Finally, Haredi women are suffering. They are over-worked, being the breadwinners and raising children while the husbands increasingly fail to take real responsibility. If women try to stand up for themselves or their sisters, without a husband who holds power in the community, they fail. Individual women don’t have a voice or a representative in the Haredi community. The community organizations and Batei Din favor the husbands more often than not. Particularly in cases of divorce, a woman quickly loses her Rabbi, who usually takes the husband’s side. Without a Rabbi, a woman is left alone and can’t get community help or even the emotional support needed. As divorce increases in Haredi communities, women need someone to stand up for them, and a Haredi woman with political power would be a huge help to all females.

These are very valid reasons why women may want to have a seat at the table within the Haredi political structure. But as a Haredi woman, I think we need to prioritize working within our communities for greater change. Having grown up in Baltimore, I remember Rebbitzen Chana Weinberg, the wife of the former Rosh Yeshiva of Ner Israel, who was able to dramatically make changes. When she passed away, Orthodox women lost a powerful advocate. We need more women like her – who can use their current positions to have a positive impact. The environment of the political scene is problematic for Haredi women to enter and belong to. My experience in politics has given me a front row seat to the pitfalls. I have seen that the political arena is a spiritually dangerous place for a Haredi woman who may not be strong enough, and have always discouraged other Orthodox women from getting involved in politics.

Do I believe women should be given a broader hand to resolve problems? Yes. Should we have the control over community funding to handle local problems? Yes. Let the men do their Torah study, and the men who cannot study Torah well should either go out and work so their wives don’t have to slave away (being mothers and breadwinners), or those men can walk the halls of the Knesset, being a voice for the community there. And let the women unite together behind the scenes to effect change.

The Haredi sector must listen to women more and, within the community, give women more power, resources, tools and freedom to resolve the local problems. But it shouldn’t happen with national political campaigns, thrusting women into the spotlight. And it shouldn’t happen with demands and threats by Haredi women to boycott elections and other such activities. That’s not in the spirit of our tradition, and not in accordance with Haredi hashkafa – in Israel. In North American society, women can get elected to office as seen by the election of a Chassidic woman to council in Montreal. But Haredi practices are different there. In Israel, in some Haredi communities women aren’t allowed to drive, and they are discouraged from working out of the home, unless they are in the education system. We should not be changing the entire structure and practices of Haredi Judaism. The system may have some cracks, but let’s fix the cracks in our modest ways, out of the spotlight, rather than destroy our values.

I’m generally a Machiavellian spirit, but not when religion is the focus. Any female who works in the political world is exposed to things that can be harmful to her role as a Jewish woman. There’s a lot still to be done from behind the scenes, and we should focus on that 100%. So before we demand seats in the Knesset, let’s first demand access to the funds and power that are available within our community but primarily in the control of the men right now – to distribute through chessed funds to poor families, needy kallahs, to help eradicate pedophiles from our schools and neighborhoods, to help the sick and marry off the poor brides. Let’s band together to ensure that Haredi women facing crises have a voice to counter the men working against them. When all those problems are solved, then Haredi women can talk about tackling peace with the Palestinians, how to handle nuclear arms in Iran, and other major crises that, for now, we should leave in the hands of Haredi men.

We know that it was in the merit of righteous women that the generation of Egypt was redeemed, and it will be in our merit that we will have the final redemption. We can make it happen, without holding seats in the Knesset.

About the Author
Chevy Weiss is a native Israeli who grew up in Baltimore and currently resides in Israel. She has consulted on dozens of successful American and Israeli political campaigns, and formerly owned a boutique PR and marketing agency. Her greatest pride is her 5 children. And in her free time, she collects cans of Coca Cola from all over the world, enjoys competitive sports, and can spend hours doing jigsaw puzzles.
Related Topics
Related Posts
Comments