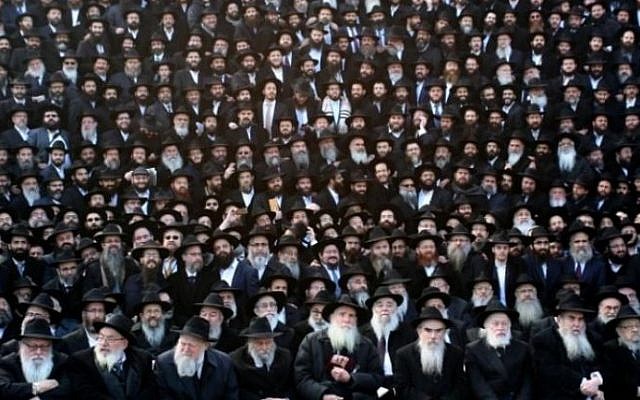 Israeli political life is heavily influenced by right-wing religion which owes its allegiance to rabbinic decision-makers. Most Israeli voters strongly object to rabbis “mixing in” and argue that they have no right to bring politics into the pulpit.

What does Jewish tradition say?

In ancient Israel the priests controlled Temple worship, with a broader concern for public health and education. Generally they left the government alone. In contrast, the prophets spoke out and goaded the government.

Biblical prophecy was in limbo. The Talmud said that after the Temple was destroyed prophecy was in the hands of infants and idiots, whose innocent minds had the gift of perception.

In emancipated lands some Jews reached high office: others were wary of being noticed, afraid of affecting Jewish stability.

Today it’s different. In modern democracies, the clergy of all faiths, including rabbis, go everywhere and speak out on everything. If vested interests feel threatened, voices are raised: “Clergy, back to your Bibles! Stick to your sermons! Return to your rostrums!”

Let me reflect on my time as a community rabbi in Australia. I worked k’lappei p’nim, within the community… and k’lappei chutz, on a national canvas, saying and doing what I thought necessary at a particular time. Other rabbis remained quiet but privately agreed with me. In Britain, my views on racism were quoted in the House of Lords, though some of the noble peers thought I was a nuisance and nosey-parker.

I weighed into many national debates: Should abortion be restricted? Should the unemployed have to look for a job? Should the media peddle smut? Should shops open on Sundays? Should athletes pray for victory? Should Australia keep the Queen as head of state? Should politicians take courses in civics? Should gays parade in the streets? Should advertising tell the truth? Should immigration be controlled? Should rich nations help the poor? Should education recognize individual differences? Should dole recipients do voluntary work? Should it be compulsory (as it is in Australia) to vote in elections?

I engaged with such issues, sometimes because I was asked to, sometimes because I felt I had to speak out. I attacked the media – not just for bias against IsraeI or Jews, but for ethical unreliability. After a blunt address at a media convention, I got a standing ovation: very flattering, but next day things were as before.

I spoke as an Australian and a Jew. I was careful not to let the side down. I was honored to be one of twenty citizens interviewed on TV about whether Australia should retain the Queen. No-one in Australian Jewry, as far as I know, objected to what I said even though I often I consulted the lay leadership. I always took up a clear position, but I put it across diplomatically. There were few grumbles.

When I spoke up on Aboriginal welfare and was seen at public events featuring Aboriginals, one of my congregation refused to attend services unless I kept quiet. I received abusive phone calls and even death threats, not from Jews but from others, but these were rare, and apart from taking obvious precautions I just kept going with my normal activities and opinions.

I knew that some people whose toes I trod on said the clergy should stick to teaching the Bible. My response was that speaking up and speaking out was actually “teaching the Bible”. Justice, peace and truth are what the Biblical prophets spoke about, knowing that they risked being ostracized or jailed because they would not hold their tongues.

When film stars and athletes spoke out on education and the economy, I objected that they had no expertise on such issues. In contrast, the experts on the quality of society are the clergy. True, clergy views vary because the Bible has many faces. But bringing Biblical principles into the market-place is not just being nosey. A former British primate, Archbishop Temple, said, “God is interested in many other things besides religion”.

In Israel the situation is different. Religious politicos mostly promote their own issues and seek hand-outs and power. They often find it difficult to control their tongues and mind their speech. Their wrangling and horse-trading bring religion no credit. Rarely do we hear prophetic voices who address broader issues such as education, health and the economy. What we don’t hear is the Jewish ethical conscience.