While the liberal world condemns Israel for its decision to close the Al-Jazeera office in Jerusalem, its democracy remains unshaken and stronger than ever before. Despite Saudi Arabia, Turkey, and Egypt shutting down the network as well, Israel is understandably held to higher standards as the only democracy in the region. However, the international community has conveniently chosen to ignore the role that the network has played throughout the Temple Mount crises, and through many other past Israeli-Palestinian escalations. With its unapologetic support of terrorism, framed as: “resistance to illegal occupation”, the network has served the Palestinian Authority’s interest well in igniting anger and frustration among the Palestinian people in the hopes of keeping its legitimacy through the strategy of victimization. The issue does not rest with the network’s political ideology but rather with the violation of journalistic ethics, which should not be compensated with “freedom of speech”. This right is an existential component of any liberal democracy, but it is not extended to calls for violence and terror. Any attempt to use or incite violence is not supported by freedom of speech, not even in the United States.

Sponsored by Qatar, a dominant exporter of global terror, the network attempted not only to empower Palestinian mutiny towards Israelis but to inseminate deep anti-Semitic beliefs which have no room in a solemn peace process. As any legitimate media outlet, despite their respective political inclinations, has one major role: to provide its audience with information. I say information because the modern world has shifted its expectations and has allowed unchecked facts to be aired on networks such as CNN, FOX News, and particularly in MSNBC. It is irrelevant to describe the authentic, original, and moral role of media in a democracy because even the most liberal of them have strained so far from that path. The one factor that we should now focus in, more than ever, is to hold media outlets accountable for encouraging violence and terrorism. Al Jazeera should not be regarded as a legitimate media outlet, but as a tool for the Qatari government to practice its foreign policy of supporting terrorism. 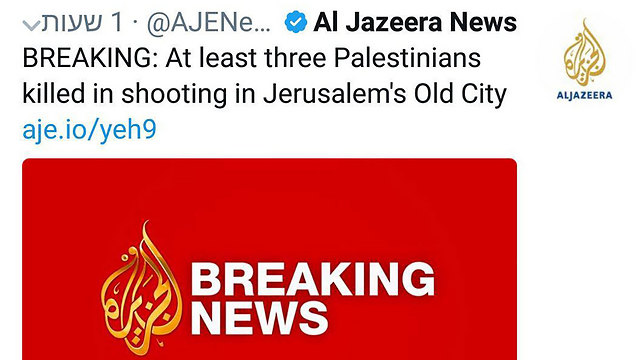 By emphasizing the struggle against Israel, the network constantly publishes opinions demanding armed resistance. By all means necessary.

The West has, for the past century, lived under the preconception that the East must learn from “us”. Authoritarianism and Communism were steps needed to be taken to reach the West’s definition of political nirvana. While the East might remain highly underdeveloped in comparison to Europe and US, it certainly has the potential to teach a few lessons. I began the article by naming the three nations which have outlawed Al Jazeera, which is disregarded by the West as predictable due to their authoritative natures. Is it possible that we may also be disregarding their commitment to protecting their sovereignty from terror and other security threats? After all, protection of a government’s constituents and their security must be granted before they are even allowed to speak freely. I do not, therefore, find it of a coincidence that the United States is also exploring the possibility of shutting down Al-Jazeera’s offices throughout the nation. Perhaps the liberal brush fire spreading throughout the West has made us blind to the effects of unchecked freedom of speech. Perhaps the East is teaching its counterpart a lesson.

As controversial as this discussion might be, one cannot overlook the harm that Al-Jazeera was inflicting on both Israelis and Palestinians. Despite where you might find yourself in the political spectrum, terror and violence should not be tolerated in any sovereign nation. Neither should amnesty be given to those who seek to incite it. I applaud Israel’s commitment to security, diplomacy, and its intolerance to be subjected to harassment and violence. Possessing even higher political accountability than the United States, granting equal rights to all its citizens, and granting free and fair elections, Israel’s democracy will not be shattered by imposing simple counter-terrorist measures. Maybe it is our ignorance or pride, but the Middle East certainly does have relevant messages for the liberal world.