The Blogs
David Brent
Apply for a Blog
Advertisement
Please note that the posts on The Blogs are contributed by third parties. The opinions, facts and any media content in them are presented solely by the authors, and neither The Times of Israel nor its partners assume any responsibility for them. Please contact us in case of abuse. In case of abuse,
Report this post.

Incoming Minister and head of the Religious Zionism political party, Bezalel Smotrich, infamously declared Reform Judaism to be a “Fake Religion.” On top of this, the soon to be new minister Avigdor Maoz declared today before the Israeli Knesset that forms of ‘liberal religion’ are a ‘darkness’ that must be expelled. These are clever political moves that play to their base within Israel. But they have enormous repercussions to Jews in the USA. Now that they are going to be leaders in the new government being formed under Benjamin Netanyahu, they need to apologize for these statements. 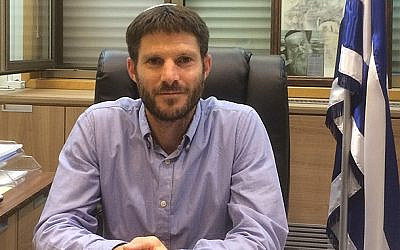 The Reform Movement is an easy punching bag within Israel. Most Israelis have no clue what Reform Judaism is and in fact harbor negative opinions about the Reform movement. Even secular Israelis want nothing to do with the Reform movement. Secular Israelis know what a synagogue is supposed to look like even if they only come for a relative’s bar mitzvah or to hear the shofar being blown at the end of the Yom Kippur service. To secular Israelis, a synagogue should have separate seating for men and women and no guitar strumming female cantor.

So Smotrich and Maoz can insult the Reform movement all they want in Israel. There is no political blowback. Their religious base loves it and secular Israelis don’t care.

But I care. And secular Israelis should care as well.

Even though I don’t like praying in a Reform synagogue (I walk to the Orthodox shul in Haifa every Shabbat) and I disagree with the politics of most Reform rabbis (Leftists) – I am a Reform Jew. What makes me Reform? I don’t want to rebuild the Temple and start sacrificing goats to Hashem. I skip over that part of the Musaf Amidah every Shabbat.

Not only do I identify as a Reform Jew, most of my friends in the USA do as well. And all my friends are big supporters of Israel. They are the leaders of AIPAC and JNF and Jewish summer camps and the list goes on and on.

What make someone a better Jew? On the one hand, you have the ultra-Orthodox who value Talmud study and refuse to assimilate even among fellow Jews. On the other hand, you have Jews from more liberal streams who have a strong connection both to the nation and to the Torah – who study both secular and religious texts. All our great leaders throughout history from Maimonides to Chaim Weizmann, both religious and secular, understood the need to study not just the Talmud, but mathematics, history, science and philosophy. Even Menachem Mendel Schneerson, the great Chabad Rebbe, studied engineering and volunteered with the US Navy during WWII.

Rabbi Akiva teaches us that the most important commandment can be found in Leviticus 19:18

Love thy neighbor as thyself.

What makes a better Jew? Loving your fellow Jew. Desecrating, devaluating, and insulting Reform and other more liberal streams of Judaism may be politically expedient, but they are not Jewish values. It is one thing to state these things when you are out of the government. But when you are given the responsibility to lead the Jewish nation of Israel, you need to behave differently.

I care what our leaders say about our fellow Jews. Israelis need to care. The Jewish nation has enough enemies as it is. Our leaders should not be attacking some of the best of our people simply because the prayer service looks a little different.

About the Author
David Brent is a NASA engineer with a master's and bachelor's from the Massachusetts Institute of Technology turned candy entrepreneur. He made aliya in the spring of 2013. David commutes between Israel, where his heart is, and Florida, where his business is.
Related Topics
Related Posts
David Brent