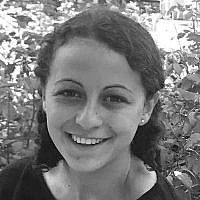 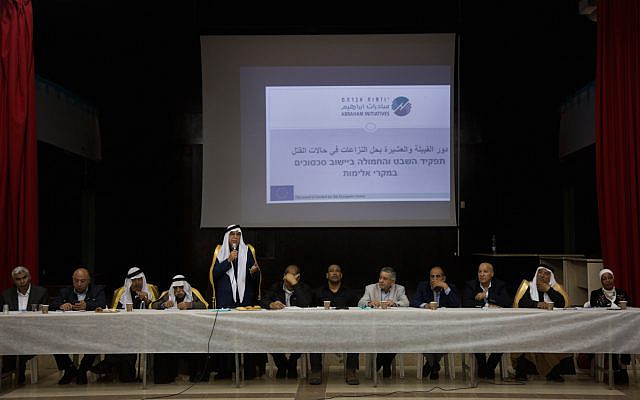 As a part of my internship with The Abraham Initiatives, I had the opportunity to attend one of the Safe Communities Initiative’s regional workshops in the Negev as they seek to tackle issues of violence and crime in Arab society together with local community and police leaders. The roundtable took place in Ar’ara, a Bedouin town located in the south of Israel. It was my first visit to one of the seven Bedouin towns constructed by the Israeli government in order to settle the semi-nomadic community and provide them with infrastructure and government services. The paved, well-maintained roads and bright, bustling community center were certainly a major step up compared to the dirt paths and tin-roofed huts of the unrecognized Bedouin villages that we drove past to reach Ar’ara. However, high levels of crime, violence, and unemployment plague both recognized and unrecognized Bedouin towns and cities in the Negev. The Safe Communities roundtable in Ar’ara aimed to address some of these issues by opening up a conversation about the role of tribes and tribal values in the phenomenon of crime and violence.

My time studying in Jordan provided my initial introduction to the Bedouin population in the region. As a historically nomadic people, Bedouin society is traditionally structured around tribes, the large, insular, and hierarchal family units which provide a basis for social and political life. Today, however, Bedouin societies have begun to transition from nomadic or semi-nomadic lifestyles towards more urbanized living, precipitating a cultural shift that has challenged many tribal values and norms around honor, justice, and hierarchy. Scanning the room in Ar’ara at the start of the day, I could see clear signs of this social transformation playing out. Government officials in suits were seated alongside sheikhs in tradition thobes and keffiyeh who were seated alongside other attendees sporting Columbia jackets. Each time someone new entered the room, the deferential and demonstrative shuffling of seats that occurred demonstrated a strong respect for social status and hierarchy among the attendants.

Curious about the mix of people and game of musical chairs, I got the tally from an Abraham Initiatives staff member: included among the 80-some participants were five mayors from Bedouin towns across the Negev, a Bedouin member of the Knesset, leaders of civil society organizations, representatives from the Israeli police, and some of the most influential sheikhs and tribal leaders in the region. The participants represented both traditional tribal roles and the newer, non-tribal leadership positions that have arose in and around Bedouin society. The gathering of so many influential leaders from across Bedouin society was both rare and significant, indicating a shared desire to work through the challenges they face as a society in transition in order to address issues of crime and violence.

As the roundtable began with a panel of speakers from the Bedouin community and then moved into an open discussion, I followed along with the conversation in Arabic as best I could, feeling grateful anytime a speaker chose to address the room in the more formal Arabic that I’m trained in, rather than the Bedouin dialect that still baffles me. Different voices in the room spoke to how tribal and internal divisions have led to additional conflicts and violence but also how tribes can and must be a positive force for addressing these issues. Participants discussed the tensions between Israeli law and Bedouin traditions, with some calling for a stronger police presence in Bedouin towns while others argued that police need to work more closely with the sheikhs and other tribal leaders. The issue of youth culture being at the forefront of societal change was a topic that came up again and again due to the interaction of youth with outside values and cultures through media. A clear consensus among community leaders was the need for stronger formal and informal educational institutions to keep young people away from crime and violence.

In many ways, however, it became clear to me that the roundtable was less about reaching a consensus in the room and more about providing a forum for leaders to think together about how to address issues of crime and violence while navigating the transitions occurring within Bedouin society today. I had come into the event expecting an exclusive focus on finding practical solutions to crime and violence but realized over the course of the day that sensitive issues, such as revenge killings, violence against women, or crime rates among youth, cannot be untangled from the changing and uncertain role of tribes and tribal values in daily life for Bedouin communities today. Achieving practical solutions on crime and violence will require many more conversations about the relationship between tribal leaders and newer leaders from outside the tribal system, such as political representatives, civil society leaders, and the police.

One moment during the mid-morning break, however, left me feeling a little more confident about the prospects for success. As the Muslim men lined up outside for the noon prayer, my boss pointed out to me how the more senior tribal leaders had invited the younger MK to lead the prayer, a sign of respect not only for the political leader but also for the position he holds despite it being outside the tribal structure. Though the exchange occurred on the sidelines of the event, the subtle interaction highlighted the willingness of different leaders across Bedouin society to work through the tensions between traditional tribal structures and modern, urban norms in order to address the violence and crime plaguing their communities. Though there is still a long way to go in combating the marginalization that Bedouin society faces, I was honored to be a part of an event where local leaders were standing together to hold themselves and the state accountable for building a safer community.