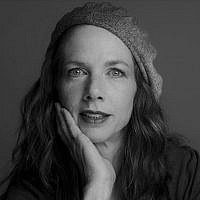 The Blogs
Sharon Becker Jacobson
Apply for a Blog
Advertisement
Please note that the posts on The Blogs are contributed by third parties. The opinions, facts and any media content in them are presented solely by the authors, and neither The Times of Israel nor its partners assume any responsibility for them. Please contact us in case of abuse. In case of abuse,
Report this post. 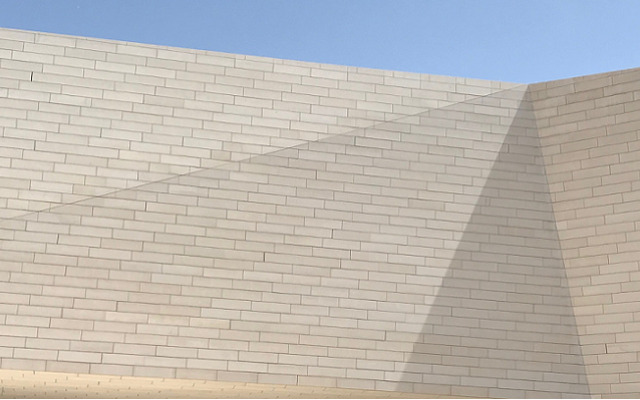 Perched precariously like six pigeons on an overcrowded windowsill, we stood together to review a hard-to-reach section of the building façade. The building walls were designed to be canted out at varying angles in faceted sections wrapped in a smooth stone envelope. The stone was 5 cm thick limestone that was “dry hung” 15 cm off the concrete with a custom aluminum and steel rain screen system. Because of the complex geometry, and the mix of disparate structural materials, each connection needed to be checked carefully. That day we were focusing particular attention on the waterproofing detail at the anchor points back to the concrete.

The walkway on the scaffolding was narrow to say the least. Huddled tightly one next to the other, our eyes were fixed in one direction on the construction details we were called up to investigate, and in the other direction, they couldn’t help but gaze out at Jerusalem’s golden and magical skyline.

I trembled ever so slightly because of the climb I had just made and my not-so-well repressed fear of heights. I took a deep breath, tucked away my fears, and reassumed my role as the project’s site architect. I reminded myself what an incredible project we were working on in the center of historic Jerusalem and the privilege I had to be part of it. The Museum of Tolerance – a museum meant to promote peace and tolerance in the middle east. I took a moment to consider each team member by my side at that moment – and how we embodied the mission of the museum.

Yin Lang Ping, one of the Chinese stone cladding contractors, who had been to Israel before on a former job stint as a tiler, speaking a mix of broken Arabic and hand signals, regularly held up his phone with his google translation to express himself and explain how he had installed the anchors and the fixings.

Vadim, the project super intendent, an immigrant from Siberia, sharp as a tack, master of the fast and crude sketch on any available sliver of wall or spare piece of plywood hanging around, gesticulated with his arms and hugely expressive facial gestures, interspersing fast Hebrew slang to get his point across. Vadim had the whole history of the project in the palm of his hand, and he was on call ready to provide answers to any questions that might arise.

Ahmad, the mild-mannered site civil engineer, who grew up in Qatar and returned later in life to Israel, speaking excellent English and Arabic, and decent Hebrew, mainly listened, for it was his style to raise his points after quiet observation.

Anton, the structural engineer, a young Ukrainian immigrant, budding with the enthusiasm and optimism that comes from solving problems – spoke half in English with me and Ahmad and half in Ukrainian / Russian with Vadim. Anton came to site regularly to conduct superior- supervision and on this visit, while the waterproofing inspector was checking the anchors, Anton was busy checking several other aspects of the fixings.

An American, Modern Orthodox Jewish mother of three, I rounded out our motley crew.

The Israeli-Arab waterproofing inspector (whose name I did not manage to catch since he was just there for the day) was the person we were all officially gathered around to meet. We waited in anticipation to hear his comments as he inspected the integrity of the waterproofing seals around the chemical anchors in these high and especially hard to access places along the facade. After what seemed like hours but was more likely closer to 25 minutes given the small area, he finished giving his comments and confirmed that he was satisfied with the work.  He then took a step back and turned his attention from inspecting the building to scrutinizing the group lined up before him.

With a curious smile he lifted his hands to the heavens and said, “to all be here together – we must be approaching the time of the messiah”, which was received with initially hesitant but then more expressive reciprocated smiles and a synchronized hopeful nodding of heads.

And in my mind, I started to hum, “Somewhere over the rainbow, way up high, there’s a land that I dreamed of once in a lullaby……” and I realized, as Herzl said, “If you will it, it is no dream.”

About the Author
Lead Architect on Site at the Museum of Tolerance Jerusalem, Sharon Becker Jacobson is a licensed architect with a professional focus on Architectural Project Management. She holds a Masters of Architecture from Harvard University's Graduate School of Design, and a Bachelors Degree in Studio Art and Judaic Studies from Brown University. A mother of three, she and her family moved from the United States to Israel in 2014. She serves on the board of the Israeli nonprofit Jeremy's Circle.
Related Topics
Related Posts
Comments