This is the fourth article in the series, “Black and Jewish: Memoir of a Shifting Self” which is being published exclusively on the Blogs of the “Times of Israel”.

I am African American, Jewish, Israeli, and American, and I served in both the Israel Defense Forces and the United States Army. My culture is a rich “Third Culture” which is a combination of both American culture and Israeli culture.

This series of articles is inspired by Rebecca Walker’s, “Black, White, & Jewish: Autobiography of a Shifting Self”.

Today, I explore how Christian music and Jewish music have shaped my personal faith-based identity, and my colorful spiritual journey. 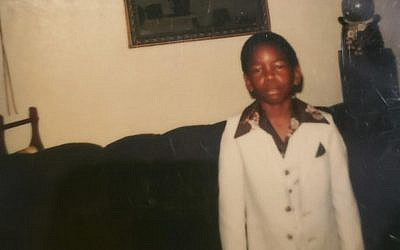 Barack Obama Mandela has been influenced by Christian music and Jewish music.

As a five-year old boy in 1976, I lived with my maternal grandmother, Lulluree, in East Long Beach, California which is known for being an inner-city ghetto and hometown of hip-hop/rap music. The famous African American rapper, Snoop Dog, is from my neighborhood.

While attending Christ Second Baptist Church, our family listened primarily to gospel music artists such as Andrae Crouch, who is known as the “father of modern gospel music”. His song “The Blood Will Never Lose Its Power” was one of our favorite church anthems:

“The blood that gives me strength/from day to day/It will never lose its power,” the large gospel choir at Christ Second Baptist Church would sing out as our minister, Pastor Hermon Gore Sr., would raise both hands up to the sky, as if he wanted to literally touch the heavens.

Andrae Crouch’s song “Soon and Very Soon,” was often sung at funerals which we called “home goings” because the departed soul was “going home” to be with God:

In this powerful modern hymn, the “king” is God Almighty. Andrae Crouch, who was also a Christian pastor, passed away in 2015.

As I grew older, I listened to music from the Australian praise and worship bands, Hillsong United, Hillsong Worship, and Hillsong Young & Free based at Hillsong Church which was founded in 1983 by Pastor Brian Houston.

Hillsong’s song “What a Beautiful Name” has inspired millions of Christian believers to embrace the good news of Christianity:

“Death could not hold you/The veil tore before you/You silenced the boast of sin and grave/The heavens are roaring/The praise of your glory/For you are raised to life again.”

I also listened to the powerful songs of singer and songwriter, Kari Jobe, who sings the song “Forever”:

“The ground began to shake/The stone was rolled away/His perfect love could not be overcome/Now death where is your sting/Our resurrected King has rendered you defeated”.

As a small child and teen, Christian music inspired me to be born again with a pure heart and an upright spirit devoted to the God of the Bible and His Holy Spirit.

Jewish Music, Israeli Music, and the God of the Prophet Moses

After I was “born again” as a Jew and embraced the Jewish faith, I began to listen to Jewish music, Jewish prayers, and Jewish chanting known as a “niggun”. The prayers of Shabbat (Sabbath) such as the “Kiddush” blessing inspired my soul to cry out to the God of Abraham.

I am spiritually inspired by Yaakov Shwekey’s “Shomati” album which was released in 2001. I often meditate while listening to Shwekey’s repetitive Jewish hymn, “Rachem” (God Have Mercy) which was composed by Pinky Weber:

The God of Israel is the invisible, all-powerful, all-knowing, Creator of all universes and worlds. He is a healer and redeemer who loves the Jewish People as his “Am Segulah” (Treasured Nation).

Joining the nationhood and faith of the Jewish People has been my highest lifetime achievement and blessing for my soul. Becoming a citizen of the State of Israel and serving in the Israel Defense Forces was the fulfillment my family’s spiritual and messianic hopes and aspirations.

The spirits of my four deceased grandparents—Charles Hardie Sr., Douglas Dennis, Lulluree Ann Calhoun, and Connie Faye Jackson—were all with me when I was accepted as a full-member of the House of Israel and the State of Israel.

Each time I say a Hebrew bracha (blessing), my African and African American ancestors all chant the blessings with me as an invisible army of God. My ancestors, who are from West Africa, have all become Jewish spirits and Hebrew souls.

The song “Jerusalem of God” by Naomi Shemer, who passed away in 2004, reminds me of my personal relationship with the God of Israel, and God’s holy city, Jerusalem:

“Holy Jerusalem of gold/And of copper, and of light/Behold I am a violin for all your songs.”

To this day, I am a legal resident of the city of King David. My Jewish soul is bound up with the destiny and fate of the Jewish People and God Almighty’s special mission for the House of Israel. I am one with God, and God is one with me, and God, himself, is one.

The spark of my African ancestors has been transformed into a flaming light of faith in the God of the ancient Israelites.