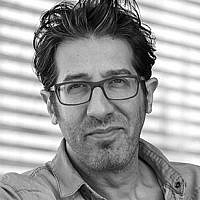 The Blogs
Eitan Chitayat
Apply for a Blog
Please note that the posts on The Blogs are contributed by third parties. The opinions, facts and any media content in them are presented solely by the authors, and neither The Times of Israel nor its partners assume any responsibility for them. Please contact us in case of abuse. In case of abuse,
Report this post. 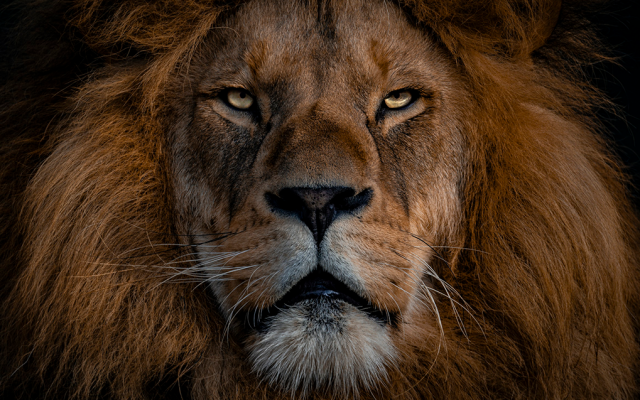 My intention is not to try to make anyone feel guilty for not speaking up. It’s just that maybe you don’t understand. This past week…

A Jew is spat on. Kicked in the street. Attacked by a mob. A pregnant woman is beaten up. Violent demonstrations, seemingly about Israel and Palestine, but mostly where crowds are chanting ‘Death to Jews’. In NYC, Montréal, Berlin, LA, London, Paris. Violence and mob mentality targeting Jews.

A Jewish music journalist called Eve Barlow is vilified on social media, bullied, and harassed for bravely speaking out on the matter. This past week…

When kids in school are being told by other kids in school that they don’t want to sit next to ‘that Jewish girl’ or in the professional realm overheard are comments like I don’t want to ‘do business with that Jew’. These things are very personal. To me. They hurt. They are painful. It is scary. Because it is getting worse.

If you’re not Jewish let me just explain that the narrative in the media is that Israelis are colonizers. It’s not true, but fine. They say it. They lie. I can’t educate you here and take you through the history lessons of the past 100 or 200 years, or thousands, that negate that argument. I don’t want to. Listen to Bill Maher on the subject. It’s short and concise and he sums it up accurately and well.

But hypothetically, let’s just say that it was true.

Does that mean Jewish people around the world deserve to be targeted for hate? Does that mean that tomorrow, when a cousin of mine is beaten up for being Jewish – then you’ll speak up? Or my brother? Or my Aunt? Or a close friend…or a distant friend who is Jewish? When someone is killed, just for being Jewish?

No. And I know you agree. And that’s the thing I don’t understand. You agree but there’s still…silence.

Maybe you don’t get how personal this is. But it is. And so when we see that you aren’t calling it out like you did – like I did – when people of color were reaching out – it hurts. Like you called it out – like I did – when the gay community reaches out. Like when women, all women, are reaching out against the double standards and inequality and pain they feel – you called it out. You stood by them – loud and proud. As did I. As I always will.

Yet here, for the most part. Silence.

Because let me tell you, you’re not. This has nothing to do with that. Some people out there that you follow might have you believe that. People like Bella Hadid. Roger Waters. Mia Khalifa. It’s just Jew-hatred, plain and simple. With no buts. No, ‘and what about the Palestinians?’

Recently, a dear friend who means well posted an image on Instagram in rainbow color type with the words peace, kindness, love, hope, inclusion. And underneath she wrote, “My Jewish friends, I’m so sorry you are being targeted. This rise in antisemitism in America and all over the world is horrible. Our country seems to go backwards again and again and it sickens me. Hate toward any group for their skin color, religious belief, cultural heritage, gender, or orientation is absolutely abhorrent. Period. America, we have to be better than this.”

It’s a beautiful sentiment. And I love her dearly for writing that. But it doesn’t cut it for me and my Jewish family right now. And I’m saying what 80 percent of Jewish people don’t have the guts to tell you to your face.

If I could, I would ask that you call out Jew-hatred instead of posting words like “Peace and tolerance now”. I would ask you to make your message about Jew-hatred and solely about Jew-hatred right now. Without bringing attention to ALL hate to ALL groups. At a time when Black Lives Matter was what people of color needed to hear, I said that. (Even though I can’t stand the organization itself.) I didn’t say All Lives Matter because I knew how it would come across. I knew that even though all lives matter (duh, of course, they do) that now wasn’t the time to say it. Now was the time to stand with them. So I did.

Now is the time to stand with us. Right now – as we are being targeted and literally running for our lives across the world – it’s not about hope and love, equality and inclusion, kindness and peace – it is about STOPPING JEW HATRED by speaking up about it and how it will NOT be tolerated and that people personally will not stand for it.

To stand with the Jewish people.

My friend wasn’t silent. She stood up. But honestly, it didn’t make me feel that much better. It didn’t make any of us feel better. And that’s a hard truth that is tough to express and tough to accept, I’m sure. But it is MY truth.

Please be more vocal when you see hatred and violence being hurled at your Jewish community. Or vocal, period. Please don’t bundle us up with everyone else. There are 14 million of us in the world, and even though for some reason we get more attention than we’d like sometimes, it can get pretty lonely at times like these.

Please don’t be silent. Not just because of our history and how the silence of others hurt us….I really don’t need to get into 6 million Jews being killed in the Holocaust and how it happened because no one spoke up. You know that. We all do.

But I want to remind you that this silence? This is the killer.

Boy, does it suck to say that. But frankly, it sucks more to feel it.

Also, please try and put any potential feelings of guilt that we might have laid on you aside. The patronizing vibe you might be getting. Because that’s not the intention. The intention here is only to highlight that this hatred must be fought vocally like all other hatreds you have fought. That’s all I’m saying.

On social media recently, I’d much rather have been sharing pictures of my family, showing my Lego creations, talking about trips, sharing achievements at work… that’s much more fun than talking about all this crap. But I need to talk about this. Because you are my community. And I don’t think you understand.

And I really thought about saying sorry if I’ve made you feel guilty with the posts of the past weeks. But I can’t. Because that would be a little dishonest. It wasn’t my intention, to cause you discomfort – but you see, I have been trying to reach out and explain but I wasn’t getting much of a public response. I wasn’t hearing much from anyone. Just silence. Really…the feeling has been ‘what’s it going to take?’ And I don’t know. So I need to say it again.

And it does make me think back to a mere 80 years ago and where the silence of the world got us all. Would you have spoken up then? Because it’s no different now. Now is the time to speak up. Now. Before we’re spat on. Before people hold up signs saying Hitler was right. Before people beat us up in broad daylight. Before mobs walk through London streets chanting ‘gonna find us a Jew’ as the police walk idly by beside them. Before Italians gather in their hundreds in gatherings giving the Hitler salute.