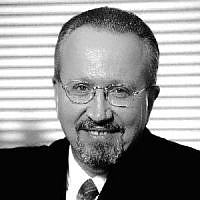 I am a linguist by training and consider science my home. My background is mainly in business, in the areas of knowledge management and innovation. In belief, I have a convoluted label I use for myself resulting in paradox, so let’s just say I am no ardent enemy to faith, and a fully dedicated fan of reason.

Part One: Speaking with Faith and Reason

Frontal battles between faith and reason tend not to produce good results. Most people have a strong position on where they fall along the line between convinced atheist and unquestioning proponent of canon. My purpose in this and future blog posts is not to shift your position along that continuum. I have a different goal in mind.

“Battles” is a misnomer, too, as there have been and will continue to be many positive contributions from the interaction between faith and reason. They share the desire to make sense of the world, and each has polished our ideas and ideals. Working together in good faith among proponents of these truths is in tremendously critical need today.

So imagine we disagree, say, on whether a cup that has completely lost all trace of its handle is a glass, or ever was in fact a cup. Instead, we could all agree the vessel — whatever name we give it — can continue to hold liquid. “Wondrous elixir” or mere result of recipe, what the vessel carries is what ethics are “all about.”

What I intend to question in the first installments of my blog, primarily, is the degree of certainty one might feel applies to any form of knowledge. “Oh,” you may fear, “he is going to backdoor anti-science,” or to the contrary, “ride a high horse to slay ‘myths’”. No, mostly, I am going to question your infallibility, not that of your science or beliefs, and the limits of your knowing, not the limits of God’s knowledge or the Standard Model in Particle Physics.

I wish to corral Hubris, if I am after anyone. The very real limits to our knowledge and nature in turn shape the bounds to ethical action among believers of different faiths, or no faith. I intend to show these are the real and proper limits for moral stance, public policy and concerted action.

This in turn explains why I now write on The Times of Israel. I wish to make an ethical case for a more muscular approach to facing religious extremism, in greater protection of the innocent, without losing our way. To do so requires a careful, step-wise approach.

Personal creed is safe, considered positions on the broadest meaning and purpose of life will pass unassailed. There will be no anti-science or anti-faith screed. Scientists will feel queasy that terms are not employed with tight definitions, and some limits we prefer to stay well short of “dangerously“ approached, but I hope never to actually cross the Rubicon of promoting bad science.

People of faith will be greeted with statements that fully allow the existence of God, and instead of always using secular terms, I often will employ spiritual terminology. Instead of “deity,” “God,” and so on. This is important in order not to create a sense that there is an unstated goal of delegitimizing all religious belief.

This is unsettling territory for me, as I am more used to arguing a position firmly circumscribed within methodological naturalism. But even from that position I cannot fully slam all doors to faith permanently shut using logic and science alone, and do not wish to do so.

What I would like is for all readers of this blog is to be able to examine the statements made here and say to themselves, “That is not the way I would express such and such an idea, perhaps even a way I strongly dislike, but there is a way I can restate it in my own words and be fairly satisfied with the result.”

Full neutrality is impossible to achieve, at least with respect to those who feel the domain of one form of knowledge or truth can speak with equal standing in another, which I do not. My position is that science explains the workings of the natural world, and I cannot go so far as to relativize that. At the same time, I do not question the preference for believing a Mind or God put it all in motion. In short, Big Bang and evolution, “Yes,” but room for their originally divine ideation is allowed in the arguments made.

All lines of argument will only imply that it is the answer to “Why does anything bother to exist at all?” which is left to personal preference, and the choices made are equally respected as valid. I realize that proposition itself is and has been hotly contested, but it cannot be fleshed now out for reasons of economy.

If there is a spring to my step, it is that I am in haste to make a case for the innocent, not to dismiss faith or reason along the way. It is in the confidence we have in our ethics, and our moral reasoning in general, that holds the key to facing extremist threats.