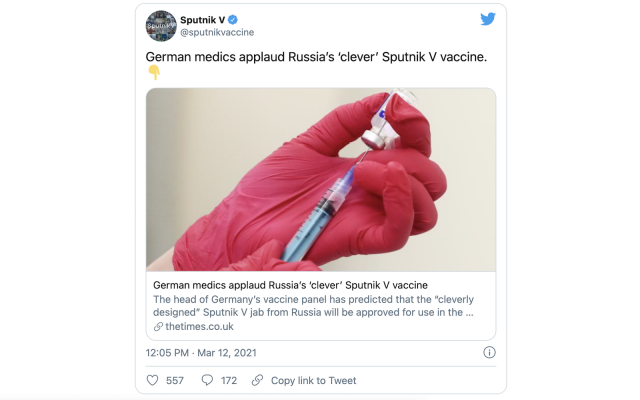 Now is the age of nostalgia. Throughout the world, we are witnessing a yearning desire to return to the world of yesteryear. The UK seeks to return to the Empire’s last stand in WW2. In Eastern Europe, populist leaders promise to resurrect a mythical past while in the West, there are those who long for simple days of the Cold War. Contemporary nostalgia is most evident in cultural products. UK films such as The King’s Speech, Their Finest Hour and Dunkirk all summon Britain’s past to the present, while shows such as The Americans and The Queen’s Gambit romanticize the ideological struggles of the Cold War.

In today’s world nostalgia means a longing for sense-making. Today’s world is a complex one, a tangled web of interests that manifest globally and locally. It is also a world that seems prone to crises. The Crimean Crisis was soon followed by the Syrian Civil War, the War in Yemen and a nuclear Iran. These are all complex crises that affect the interests of many states. Against this backdrop, nostalgia is a longing for a world with a clear dichotomy between good and bad, right and wrong and ally and foe.

It is for this reason that Russia may have named its Covid vaccine Sputnik, for Sputnik summons the days of great Soviet achievements. While the space race was a military race, dominated by missiles and rockets, it also highlighted nations’ cultural resources, namely scientific achievements. It was science that helped Yuri Gagarin defy the earth’s gravity, and it was Soviet scientific minds that enabled the first spacewalk. Indeed, while the Soviet Union challenged the West militarily, it also challenged the West culturally celebrating Soviet art, academia and intellect. Of all the recent cultural products, it is the Queen’s Gambit that pays homage to Soviet intellect. The duality between Russian ingenuity, and Russian military strength, was perhaps best captured in a monologue from the film Hunt for Red October

By naming its vaccine Sputnik, Russia may have hoped to legitimize the vaccine, to suggest that it is not a product of Putin’s oligarchy, but the successor of Soviet science and academic achievements. To date, Sputnik is the only vaccine with its own social media account. I say ‘its own’, as Sputnik often tweets in the first person. In one such tweet, Sputnik made clear that its mission is to save lives, not play geo-political games. In another, it argued that despite attacks on its reputation, it was and remains a scientifically valid response to the Covid pandemic.

Some people think I am here for PR or propaganda. I, Sputnik V, just want the #covid pandemic to be over. This is my only mission. I think that we should work together to make vaccines non-political and save lives! Together we are stronger! ✌️
????https://t.co/cjYDBDMI5l

First, they falsely claimed I, Sputnik V, was stolen, then they tried to challenge my safety and efficacy. With clear scientific evidence of my unique formula, safety, and efficacy they now try to make me political. #BigPharmaLobby, save lives, not markets!

The Russian decision to ‘humanize’ Sputnik, and tweet in first person, is interesting for its may serve to disarm those who fear that Sputnik is part of a greater gambit- an attempt by Russia to reestablish its position as a dominant world power. Yet as Sputnik himself testifies, he is here to save lives, not annex peninsulas.

The Sputnik Twitter currently dissiminates four core messages. The first emphasizes the scientific validity of the vaccine, mostly through Western publication and scientific journals. One tweet argued that the prestigious Lancet journal found Sputnik to be an effective vaccine. Another tweet suggested that a panel of German experts would support using Sputnik in Germany. In another tweet, Sputnik featured a Bloomberg report according to which the vaccine has a 91.6% efficacy. So While Sputnik is Soviet, its legitimacy rests on Western approval.

BREAKING:#SputnikV phase 3 clinical trials results in @TheLancet. Its 91.6% efficacy overall & 100% for severe cases have been validated by internationally peer reviewed data. With logistics at +2 +8C and <$10/shot, Sputnik V is a vaccine for all humankind.https://t.co/Fk5CHHkqIv

A second message focuses on Sputnik’s international acceptance. Every day brings a new batch of tweets that denote Sputnik’s adoption by various countries including Jordan and Morocco. Last week, Sputnik was officially endorsed by 50 countries around the world including countries in Latin America, South-East Asia and Africa.

Azerbaijan becomes the 51st country to approve Sputnik V for use.
????https://t.co/bV3JimM2np

Jordan has become the 49th country in the world to authorize the use of Sputnik V.
????https://t.co/h0cs5EhJsU

Today we celebrate a major global milestone as 50 countries have now authorized Sputnik V!
Let's win the fight against the #COVID19 pandemic together! pic.twitter.com/jOSs8qUGGo

The third message is but a countdown to Sputnik’s adoption in Europe. Every day, Sputnik inches closer to being officially endorsed by the West. Like the Ottomans, Sputnik is at the gates of Vienna laying siege and waiting for European policymakers to grant it access. Tweets carrying this message pay special attention to German policymakers who may be the first to endorse Sputnik. Tweets published over the past week suggested that German doctors and academics are already willing to officially endorse Sputnik as a vaccine for Covid. This is not surprising given the EU’s inability to meet the vaccination demands of the continent.

Swedish vaccine coordinator believes that Sputnik V may be available in ???????? in June.
????https://t.co/fs9sWYXbWJ

WSJ: The EU’s fight against Covid-19 is stuck in midwinter, even as spring and vaccinations spur hope of improvement in the U.S. and U.K.
????https://t.co/Ep5N3YZIM5

The fourth and final message emphasizes that Russia seeks to heal the world, not dominate it. According to the Sputnik account, Russia is willing to put petty geopolitical considerations aside and make the vaccine available to any country willing to adopt it. At the same time, Sputnik frames Europe as a fanatic. A region so determined to resist Russian aid that it is willing to let its people die. In one tweet, the French mayor of Nice begged the government for authorization to save lives by using the Sputnik vaccine. The government, of course, declined. In journalism there is a saying ‘if it bleeds it leads’. Of all Sputnik tweets, those that contrast Russian humanitarianism with Western stubbornness may be the most effective as they create a clear dichotomy between ‘good guys’ and ‘bad guys’.  Such dichotomies are the foundation of nostalgia, a sentiment now felt around the world.

"Russia’s willingness to supply its vaccine to other nations reflects a sound medical strategy of promoting widespread and speedy immunization. The global pandemic requires a collective solution. No nation is safe until all are safe." ????https://t.co/kGd8XjGh1v

Vaccine manufacturers should work together to increase vaccine supply to the world. Vaccine nationalism prevents supply chain optimization. Sputnik V can provide booster shots to other vaccines to increase their efficacy and availability.
????https://t.co/QXcWWKT3oJ

Mayor of Nice, France: I am able to deliver quickly for the @MetropoleNCA tens of thousands of doses of #SputnikV , the Russian vaccine used in more than 48 countries around the world. I ask the health authorities to give me permission! #FranceBleuAzur https://t.co/3dxkNDzR0X

The fundamental flaw of articles like this is they value geopolitics above lives. For them, lives lost to the virus are just “collateral damage” & less important than containing Russia. They don’t want Sputnik V to save lives because it’s Russian. Sad.
????https://t.co/o9D7MKTwgZ

Over 50 countries have decided to use the Sputnik vaccine against the Covid pandemic. Images of Russian armor headed for Crimea have been replaced by images of aid worker jam-packing airplanes with vaccines. The mass appeal of Sputnik may be a Russian coup de grâce, a fatal blow to the Covid virus. Notably, the country once labeled as a menace to global peace, and a rogue nation, is now saving families across the globe, including 100-year-old Argentinian women.

#SputnikV, approved by 50 countries, brings victory over #COVID19 closer. Together with @tass_agency, we ask our followers on social networks to share their best Sputnik V moments, like this photo of @Aerolineas_AR plane with vaccine departing from Moscow, which went viral. pic.twitter.com/1VAslyaowp

Please meet the oldest #SputnikVaccinated reported so far. Elena from Córdoba, Argentina is 100 years old! Many times great-grandmother, Elena says a recipe for her longevity is "Look ahead and work and take a sip of Fernet con coca".
????https://t.co/nEBUlkaEW1

Whether Sputnik’s success will translate into tangible, Russian diplomatic gains is yet unclear. For nostalgia is a fickle mistress. Soon the world may long for the affluence and moral decadence of 1980s Wall Street, or the blasé and Clueless world attitude of the ’90s. Should this happen, Russia, Sputnik and even Yuri Gagarin will be relegated once more to the dustbin of history.