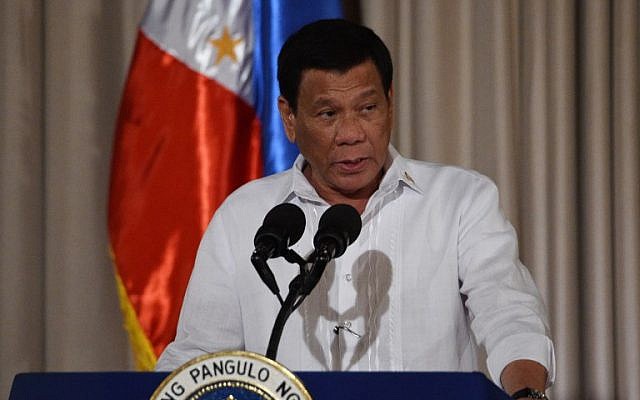 I admit it, I’m not a Tel Aviv Jew. In the Dan Codex, the verse goes: For in six days the Lord made the heavens and the earth, and on the seventh day, He stopped traffic and was refreshed.

Every Saturday night, there is some mass protest or rally in Rabin Square, often for causes I support. And thousands, tens of thousands, maybe even a hundred thousand, turn out, not just Jews and not just from Tel Aviv, but Israelis of every stripe and background. But with three rambunctious boys under age 12 and no car, the logistics of getting there from my home in Greater Jerusalem are daunting.

As for mass demonstrations in Jerusalem, those are usually Haredi affairs. I guess I could show up to counter-protest, but the same roads the ultra-Orthodox block are the ones I would use to get from Maale Adumim to Jerusalem proper. Between work and family obligations, I almost always come up with excuses not to go. And this morning during the Torah reading, it struck me what a hypocrite that makes me.

Nitzavim is this week’s portion, always read on the last Shabbat of the year, Moses’ words to the people shortly before his death (Deuteronomy 29):

All of you are standing (nitzavim) today in the presence of the Lord your God—your leaders and chiefs, your elders and officials, and all the men of Israel, together with your children and your women, and the foreigner living in your camp who chops your wood and carries your water.

Now, in biblical Hebrew, there is already a word for standing around: om’dim. Nitzavim has a different connotation; it is standing with a purpose, standing for something, standing up to someone. It is particularly striking that Moses uses this term, which appears in the verse describing his first brush with public criticism of his leadership, in Egypt 40 years earlier (Exodus 5:19-21).

The Israelite officials realized they were in trouble when they were told, “You are not to reduce the number of bricks required of you for each day.” They confronted Moses and Aaron, standing (nitzavim) to meet them when they left Pharaoh. They said, “May the Lord look on you and judge you! You have made us obnoxious to Pharaoh and his officials and have put a sword in their hand to kill us.

Moses then responds bitterly — not to the officers, but to God Himself!

Not only that, after Sinai, when Moses finds himself overwhelmed, God commands him (Numbers 16:11):

Bring me 70 of Israel’s elders who are known to you as elders of the people and its officials. Have them come to the tent of meeting, that they stand themselves up (ve-hityatz’vu) there with you.

That is the reflexive form of nitzavim. These leaders stand up to Moses in Egypt, so they now have the chance to stand with Moses in the desert. Nitzavim is also a noun — the representatives of the people, those who stand in for others who cannot be there, as Moses alludes to in Deuteronomy 29: “I am making this covenant, with its oath, not only with you, who are standing (omed) here with us today in the presence of the Lord our God, but also with those who are not here today.” The Jews of Moses’ time physically stand before him, but they represent all Israel, for all generations — men, women and children, from the chiefs to the foreigners among them.

That’s why tomorrow (Tuesday, September 4th), at 9:30, I’ll be at the President’s Residence in Jerusalem, God willing: to stand up and protest the way the government of Israel has welcomed a mass murderer who endorses rape and emulates Hitler. The State of Israel must decide if we want to export divine light to the nations of the world or hellish firepower. Can we really ask God to inscribe us in the Book of Life if our role is to be merchants of death? It’s time to take a stand. It’s time to be among the nitzavim.