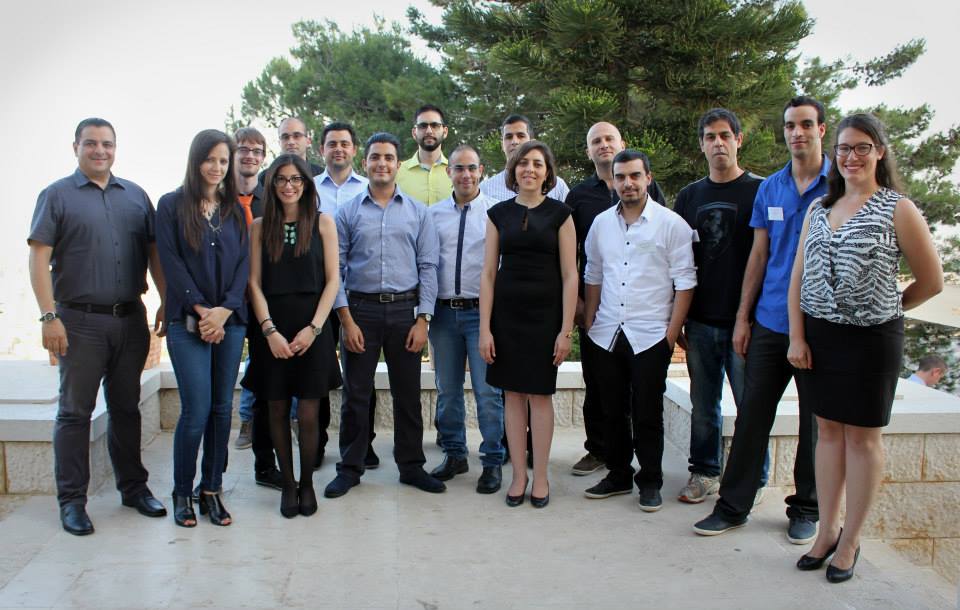 How do you build an entrepreneurial ecosystem from scratch? And should you even try?

That is the question put to entrepreneurs, investors and government officials who gathered last night at the launch of Naseratech, a local startup accelerator.

A partnership between nonprofit organisations, local enterprises and investment funds, Naseratech has supported the development of 15 entrepreneurs, who last year had merely a handful of good ideas. Now, having completed the four month training programme, some of them have developed investment-ready companies.

In less than 30 seconds each, ten founders pitched their ideas to an audience of approximately two hundred people packed into the Saint Gabriel Hotel, a former monastery overlooking the Basilica of The Annunciation. Not standing on ceremony, they used every trick in the book to make themselves memorable. Technion graduates Bshara Rezik and Michel Zarour compared the communication in the construction industry to the Tower of Babel and then presented their cloud-based project management system as a common language. Arab and Dutch Co-Founders, Ghassan Toumie and Bauke van der Meer, sported orange ties and called investors to visit them in the orange booth, while Mustafa Mustafa (that’s not a typo) introduced himself as a ‘licensed drug dealer,’ or rather a senior pharmacist in Leumit Health Services. 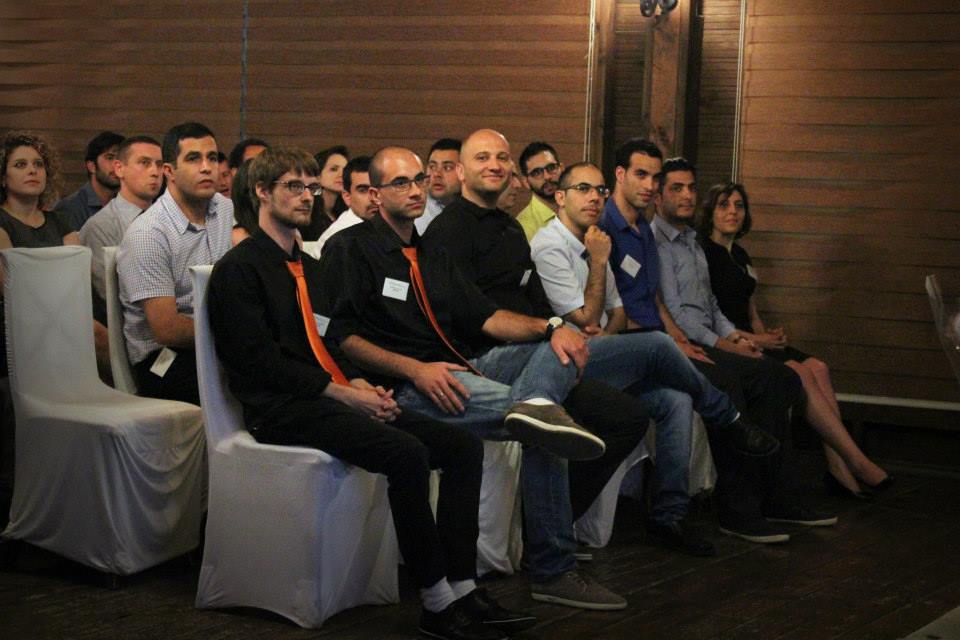 Entrepreneurs getting ready to pitch. Note the men in orange.

Listening attentively in the crowd were investors from early stage investment funds, including Peregrine Ventures, Sadara Ventures, lool and Maverick, as well as a delegation from Startup Nation Central, an organisation that connects business leaders and policy makers with entrepreneurs. Mohammad Wari, an analyst at lool and an MIT MEET alumnus, said, ‘I was really impressed by the interest from Jewish Israeli VCs and accelerators at the event. I didn’t imagine this number of people coming to such an event, and I was thrilled.’

Perhaps most noticeable though were the number of women – both in the audience and on stage. Minerva Mazawi started her pitch with the fact that the divorce rate in Belgium hit 71% and explained how her app is helping couples and counsellors to resolve challenges in relationships before they end in divorce. ‘With my mentor Noam Vaza, CEO of Sticky Tacs, we worked on how to differ my venture from any other out there and engage couples in using the app,’ said Mazawi. ‘After four months of hard work at the accelerator, I feel very confident to talk about my venture.’ And it showed. Philippe Aderhold of Hubert Burda Media said of her venture, ‘it’s something we don’t really think about, but in the end it will be very important and will have a great impact.’ 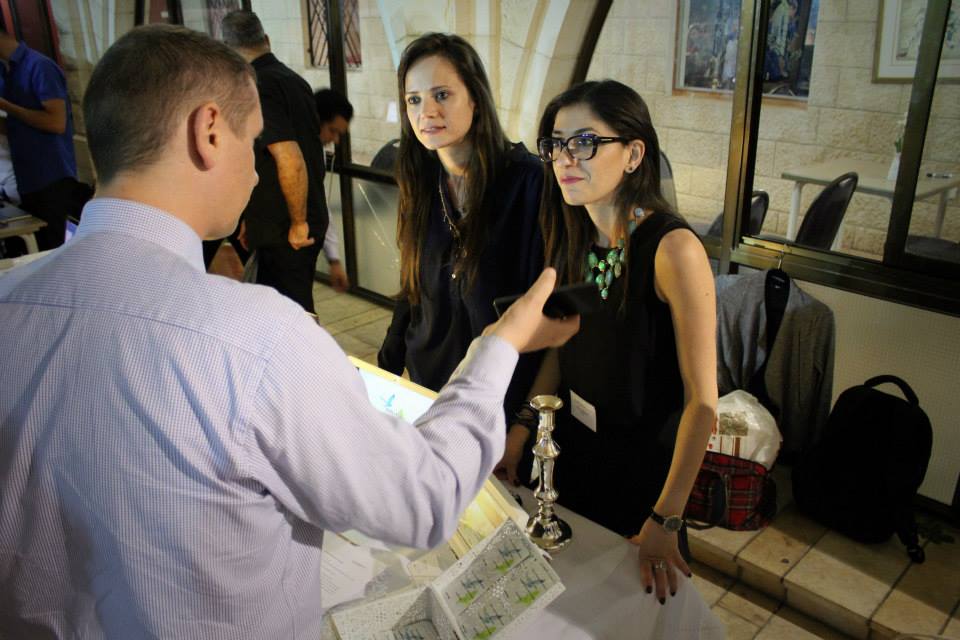 In an industry in which female role models are few and far between, Reem Younis stands as an exemplary exception. Co-founder of Alpha Omega, a medical devices company based in Nazareth, Younis sits on the steering committee of Naseratech and has championed the advancement of local startups so that ‘Nazareth in ten years will be a city of innovation, great heritage and amazing citizens, teaching the World how to bring together history and high-tech.’

Home grown, innovative companies like Alpha Omega are exactly what Naseratech is trying to foster, and to do so, mentors are reminding programme participants that it is OK to fail. Itzik Frid, CEO and Managing Partner of Takwin Labs, encouraged entrepreneurs to ‘believe in yourself even if you will not execute the first idea that comes to your mind. You are not the first ones to walk that way.’ Takwin Labs, one of the sponsors of the accelerator, incubates and invests in early stage startups founded by Arab entrepreneurs. ‘One of the things which we identified that is missing and one of the reasons Takwin was founded in the first place was to to help Israeli Arabs with the very first phases of high tech entrepreneurship,’ said Frid. ‘[The accelerator] is by far the best way to engage them with high tech entrepreneurship. These are the very first steps that every entrepreneur takes in his career, and for us it’s the exact link immediately before the phase in which we invest in seed funding.’ 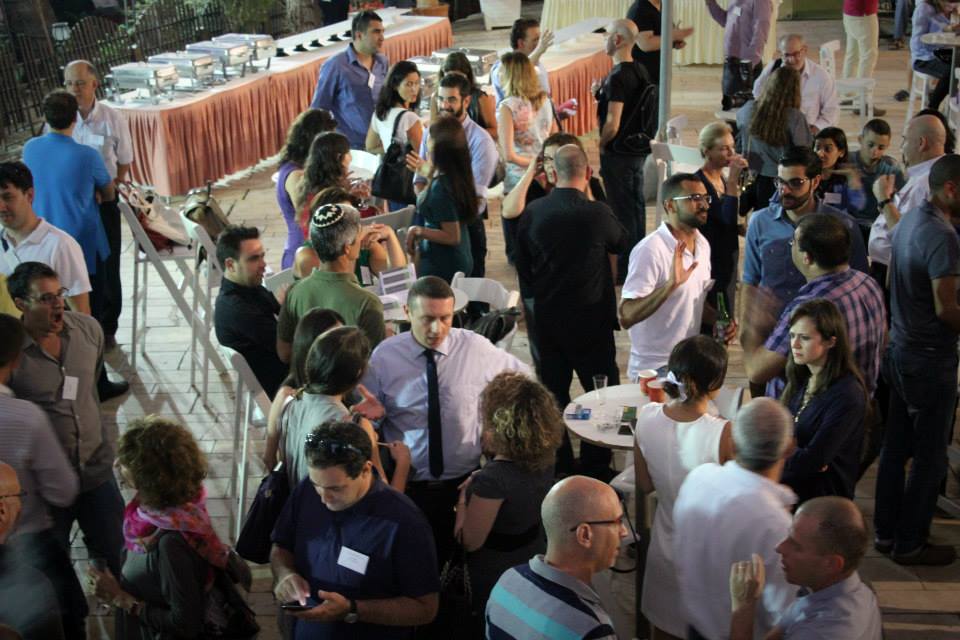 Investors on the scout.

Takwin is among a handful of investment funds to see the wider opportunity in the Middle East and North Africa – a market of 400 million Arabic speakers. It is estimated that more than 100 million of them are already online, a figure that is set to double before the end of the decade, and yet less than 0.2% of global digital content is hosted in the MENA region.

‘There is growing demand for digital content and services among hundreds of millions of Arabic-speaking internet users – the market for Arabic digital content is estimated at $20 Billion and growing rapidly,’ explains Dona Haj Mana’a, Creative Industries Manager at the UK Israel Tech Hub. An initiative of the UK Embassy in Tel Aviv, the UK Israel Tech Hub has partnered with Naseratech to introduce Arabic entrepreneurs to British publishing companies looking to expand their Arabic language offering. ‘Arab entrepreneurs in the ‘Start-up Nation’ are uniquely positioned to address those needs: they enjoy the tech infrastructure in Israel, not available in most of the Middle East and North Africa, yet are part of the Arabic-speaking world.’

Renowned Palestinian investor Abdul Malik Al-Jaber also sees the possibility for entrepreneurs in Nazareth ‘to be the bridge between Israel and 400 million Arabs,’ and at a recent event hosted by the U.S. – Middle East Partnership Initiative and the Nazareth Business Incubator Center, he challenged ‘friends in the Israeli VC community to join hands and invest dollar for dollar with us’. So if we can’t share peace, maybe we can share an exit? 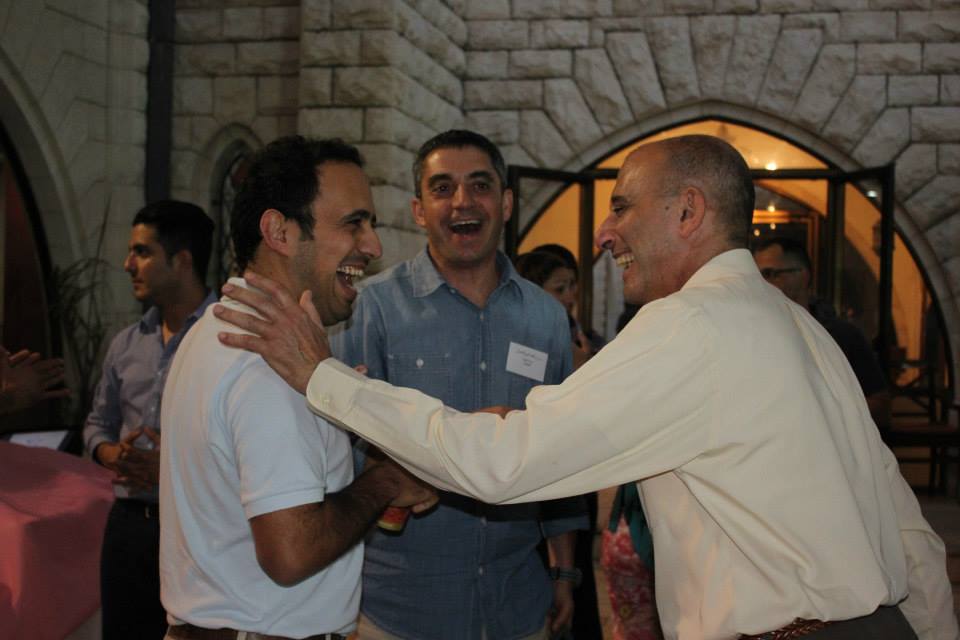 Launch night, later into the night.

Startup accelerators have grown globally in number and size because investors have realised the upside of incubating companies in their early stages of development. AirBnB, DropBox, Reddit and hundreds of other companies already acquired by Google, Facebook and the like grew out of accelerator programmes. ‘We save the VC community time and make seed deals flow more efficiently for them,’ said David Cohen, CEO and founder of TechStars, considered one of the best accelerators by venture capital funds and entrepreneurs alike.

However, more than individual exits, accelerators foster the growth of companies, which in turn create jobs. As Guy Spigelman, CEO of Presentense Israel explains, ‘One out of four new jobs are created by startups and new enterprises. In order to bridge the large economic divide in Israeli society – between the centre and the periphery, between the minorities and the majority, we need to take the idea of the StartUp Nation to every community in Israel.’ By partnering with sponsors, recruiting mentors and developing a hands-on curriculum for their entrepreneurs, Naseratech promises to do exactly that.