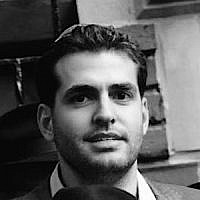 The Blogs
Eli Nash
Apply for a Blog
Please note that the posts on The Blogs are contributed by third parties. The opinions, facts and any media content in them are presented solely by the authors, and neither The Times of Israel nor its partners assume any responsibility for them. Please contact us in case of abuse. In case of abuse,
Report this post.

Earlier this month, an eleven year old girl reported to the Miami Beach Police Department that Rabbi Steve Karro touched her inappropriately, sat her on his lap and kissed her on the neck. Within a short time, to the surprise of many who knew him, Karro was arrested and charged with lewd and lascivious molestation of a child. As with almost all cases involving child sexual abuse, controversy has erupted and emotions are running wild. Despite the charges, many continue to support Karro insisting that we must withhold judgment while others steadfastly disagree.

By and large, the opinions of individuals on both sides of the issue are held by sensible, intelligent and caring people who want to do the right thing.

How is it that two groups of reasonable people can come to such different conclusions? What is the real source of the disagreement? Even more so, how is it that the vast majority of those expressing their opinions have difficulty relating to or understanding the position of the other?

We have on the one side the supporters of Steve Karro. They insist that it is impossible to know with one hundred percent certainty what he did and (assuming it makes any difference) what his real intentions were. Although statistically very few children who claim abuse have been found to be lying, there is always the small possibility that she is, Karro’s supporters reason. While the Police Department assign trained professionals to determine which party is being truthful, they are human and most definitely fallible. Despite the fact that there is a rigorous system of checks and balances within our judicial system, innocent people have been arrested before.

The supporters of Steve Karro will continue to insist that we must withhold judgement as ‘innocent until proven guilty’ is a bedrock of morality. What if we are wrong and Karro is innocent, they say. What about the possibility that an innocent person is being accused and his reputation destroyed indefinitely, they remind us. As a result, they stand in the corner of Karro and nothing short of absolute proof will suffice to change their opinion.

These concerns are tremendously important and the very real probability, as small as it may be, that they are valid should preoccupy each one of us. Imagine we find out someone we accused of wrongdoing is innocent — it would surely devastate us forever.

On the other side stand the supporters of the eleven year old girl. They insist that we must support her without question, despite the fact that we were not witness to it, as the risks of re-traumatization are formidable and lifelong. They remind us of the scores of victims of sexual abuse who were not believed when they came forward and the lifelong suffering they endured as a result. If this really happened to her and we demonstrate any doubt whatsoever as to the veracity of her claims, it may damage her even worse than the abuse itself. (Here are some worthwhile tips on how to talk to a victim of sexual abuse.)

Additionally, if Steve Karro indeed abused the young girl, we must warn the rest of the community, they insist. Imagine we hear that he abused someone else after one girl accused him and because we were not one hundred percent sure, as is almost always the case, and were so concerned about the possibility of hurting his reputation, we put other children in harms way. Surely, this too would devastate us forever. As a result, they stand in the corner of the alleged victim and nothing short of absolute proof that she is lying will sway them.

Explained in this way, it is easy to see how intelligent and caring people end up viewing the same situation so differently. They both clearly see the reality that there are no witnesses and we don’t have absolute, incontrovertible proof. Yet, they approach the story from very different angles with each one fully cognizant of one or the other devastating possibilities of being wrong.

One group, when learning of the story, hears only of a Rabbi who was accused of molesting a child. Consumed by the possibility that he may be innocent, they rush to his defense. The other group when learning of the same story, hear only of a young girl who was molested by an adult. Consumed by the possibility that she may be further damaged or there may be other victims, past and potential, they rush to her defense.

How can we reconcile these positions? Is there an opportunity for both sides to understand each other yet come to a similar conclusion?

Perhaps if we take a step back and avoid looking at these issues as black or white, we may be able to bridge some of the gap between the two sides. Some who defend Karro insist that he is an angel or they know him well and these actions are not consistent with who they know him to be. Essentially, their position is that he can’t be an angel to some and the devil to others. This position however is inconsistent with what we know about human nature. Decent people can do horrible things. If we can shake the belief that anyone who abuses a child is an absolute monster, we can also persuade those who know him not to be an absolute monster that the accusations are at the very least possible.

In other words, while well intended, advocates who paint all abusers with the same broad brush of “evil unrepentant irredeemable sociopath with zero good qualities” are very possibly doing a disservice to those they purport to defend. Not all abusers fit neatly into this bucket and some will rush to support an abuser simply because they don’t quite fit.

The truth though is that child sexual abuse is a lot more common than we’d like to admit. If everyone who ever abused a child was known to the public, we would not be able to maintain that every abuser fits the aforementioned sociopathic and irredeemable definition. We’d have to place way too many people we know, like and respect into this category. When we talk about the accusations destroying someone’s reputation indefinitely, we are saying that all abusers deserve to be branded a pariah. If we can lift some of the shame and replace it with clear accountability, we may find a middle ground more agreeable to both factions.

I realize that many in the advocacy community may disagree with not heaping unending shame and disgust on anyone who has harmed a child and many who instinctively rush to support abusers may cringe at holding someone accountable without incontrovertible proof. Perhaps though, the compromise on each side is one each can live with because it will achieve the end goal of making the world safer for children – something we can all agree on.

Reaching this level of accord between two groups very far apart is most likely not realistic in the short term. It will almost certainly not be accomplished before the verdict is in on Karro.

Until then, a side must be picked. Given the two choices, I would rather side with the little girl recognizing the chance, however remote, that I may be wrong. She knows exactly what happened. If she somehow fabricated the story and fooled the many trained professionals she interacted with along the difficult process leading up to his arrest, it is she (and the trained professionals) who bear the burden of an innocent person’s reputation being irreparably damaged.If, however, he is guilty and we have chosen to side with him, it is we who bear the burden of ignoring the cries of an eleven year old innocent girl and the trained professionals who all told you she is saying the truth.

Knowing what I do about the horrific ordeals victims of sexual abuse who are not believed and not supported go through, I cannot bear that burden.

Knowing what I do about how difficult it is for a child who is abused to speak up and how rarely they lie about it, I can not bear that burden.

Knowing what I do about the obscenely high recidivism rate of offenders and their uncanny ability to avoid detection and minimize responsibility, I can not bear that burden.

About the Author
Eli Nash is an entrepreneur with a passion for Jewish and communal causes. Eli resides in Miami, Florida.
Related Topics
Related Posts
Comments