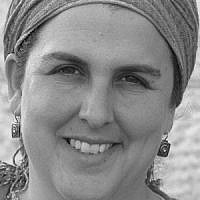 I’ve been in Israel for long enough to not even bat an eyelash at seeing children dragging anything burnable through the streets while their families diligently prepare their homes for Passover.

Living in a new, small community, there’s very little locally available for the kids to shlepp. They comb the hillsides, beg parents to keep their eyes open on the way home from work… I couldn’t say no to the sixth grade girls (all eight of them) when they came, asking for a ride up the hill to The Real Migron (destroyed, partially in 2011, almost entirely in 2012, then finally in 2015) to look for wood.

They asked for a ride, we agreed on a time, and these girls weren’t messing around. They were ALL at my door. ON TIME. We piled into our SettlerMobile, a 9-seater H1 van, and headed up the hill. On the way, I reminded/warned them that the last of the caravans had been destroyed a few weeks prior. I put in my own, silent prayer that any emotional breakdowns would wait until these kids were back with their own parents. As we rounded that last turn, we saw it. Piles of ruins. Nothing habitable. Sharp angles. Complete destruction. 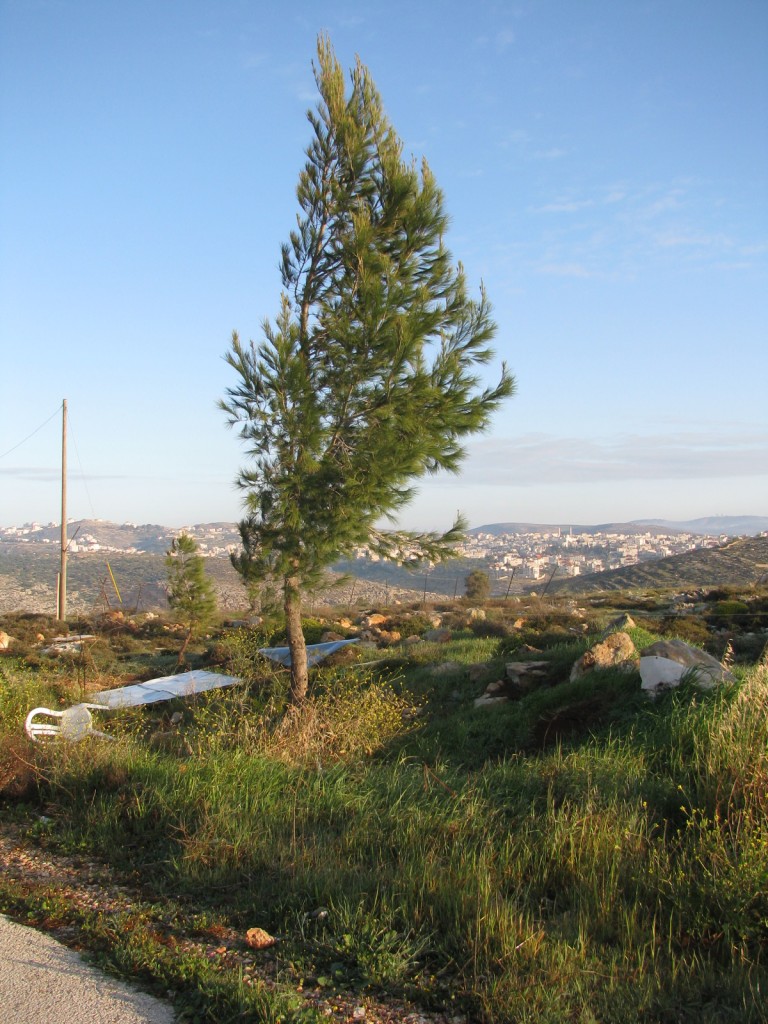 It knocked the wind out of me, but aside from a few Wow!’s, these girls went straight to business. They ran directly for those ruins, ponytails swinging, and started dragging out pieces of snow-destroyed wood from the rest of the debris. I voiced to them that as far as I was concerned, it felt like picking at a grave. “These were people’s homes! These were YOUR homes! Can’t you look around the hillside and find things that just happen to be there?” With typical tween, hands-on-hips stance, they respectfully explained that these ruins aren’t Migron. Migron is where we are and who we are, they said. “We won’t be able to build anything on top of ruins, so what’s the problem with getting them out of the way, now?” Hard to argue with that, and point taken.

Don’t think they had forgotten – there were a number of cries of “This was the floor of my bedroom.” “Oh look, this was the Such-and-Such family’s cupboard.” “Oh look, the handle of So-and-So’s garden tool!” They remember. Every. Detail. But what did they decide absolutely HAD to be loaded separately, into the front seat of the van? An otherwise nondescript piece of 2×4 with “Shalechet” painted in red. This was the name of the girls’ non-conventional high school program that met up at the top of the hill for the last many months. “This was from their school. Can you take it to them?” Pieces of their siblings’ playpens, parents’ wedding photo frames, porch railings, those could all stay. But this ratty piece of seemingly worthless wood had to be returned to its rightful owners.

And then there was the datebook. Run of the mill, mass produced by an educational institution, with no name on it. But it had birthdays circled in pencil. “Daddy’s birthday” “Mommy’s birthday” “Ahuviya’s birthday”. The girls were getting frustrated. This datebook was current. From THIS year. And despite showing the warp of dried waterlogging, it needed to be returned. So, if you know who Ahuviya might be, let me know. It’s still sitting on the dashboard of the H1.

These girls, the majority of whom have lived in Migron, together, their entire lives, worked as one body rather than eight separate beings. It was like one’s arm was somehow attached to the other’s foot, such a well-oiled machine they were. In no time, we had a pile of neatly-stacked, trunk sized pieces of wood and another pile of longer pieces that would need some more work before they could be loaded up. As they pulled, hacked, jumped and whacked at these pieces of wood, I stood back, arms folded and eventually just had to remark, “Y’know, there are people who say that we limit you girls by making you wear skirts and stuff. They say it limits how you can move.” Eight expressions of DUH turned in my direction and nothing was said, until one spoke up and said, “Anyone that thinks that a skirt limits what a girl can do is limited in their own brain!”

And there were eight nods, mine included.