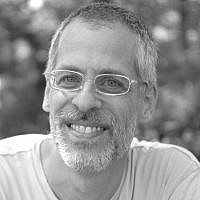 The news from Syracuse University (SU) is disturbing: an invitation to screen an Israeli film on campus was recently rescinded because of the possible negative response by the Boycott, Divestment, and Sanctions (BDS) movement against Israel. The story is a bit more complicated than that, in its details; but then again, really, it’s not. And while its central character is one particular individual, the lessons it teaches are general.

As reported by The Atlantic, SU Prof. H. (her name doesn’t matter) rescinded the invitation in an email to Shimon Dotan, a professor at New York University’s graduate school of journalism and maker of the documentary, The Settlers:

…I now am embarrassed to share that my SU colleagues, on hearing about my attempt to secure your presentation, have warned me that the BDS faction on campus will make matters very unpleasant for you and for me if you come. In particular my film colleague in English who granted me affiliated faculty in the film and screen studies program … told me point blank that if I have not myself seen your film and cannot myself vouch for it to the Council, I will lose credibility with a number of film and Women/Gender studies colleagues. Sadly, I have not had the chance to see your film and can only vouch for it through my friend and through published reviews.

Later, H. responded to a query by The Atlantic by adding:

As a professor in the humanities, I respect, encourage and support the academic freedom of all members of the academy, including Shimon Dotan. I want to be clear, however, that he was never invited by me, or anyone else affiliated with the University … This is a case of poor communication that has led to a terrible misunderstanding….

Prof. H. here displays everything that is wrong with the academy today, particularly with respect to the Israeli-Palestinian-Jewish-Muslim-Arab Conflict (IPJAMC).

First of all, the capitulation to the fear of BDS pushback is perhaps understandable, but still simply disgraceful. That movement aims not merely to silence pro-Israel voices on campus but to remove, in the name of “anti-normalization,” any trace of Israel or Israelis on campus. To disinvite an Israeli because BDS will “make matters very unpleasant” is to allow the thugs to determine what gets discussed on campus. Is that the principle by which universities should decide which opinions get expressed?

The details about who precisely invited Dotan? Either the Nebraska professor who had actually extended the invitation had the authority to do so or not. If so, then H. is dishonestly hiding behind an irrelevant detail. If not, then the whole affair would have unfolded differently. There would be no mention of BDS in her email, or she could have arranged simply to see the film for herself in order to “vouch for it.” And in any case, she seems to admit her own “attempt to secure [his] presentation.”

Pretty clearly it was the anti-Israel campus pressure that was moving her.

But perhaps most troubling, now, is that that pressure isn’t merely from the campus BDS movement, which (I am guessing) is primarily student led. H. is worried about her “film colleague in English,” and her colleagues in “film and Women/Gender studies,” and describes them using language evocative of threats: the colleague told her “point blank” that her credibility was at stake, and H. seems to see her cherished “affiliated status” as riding on her behavior.

But what is she feeling threatened about in this email, exactly? She must be able to personally “vouch for” the film. Vouch for what? That it is a quality film? That its topics are relevant to her conference? The film was made by an award-winning filmmaker and journalism professor, was widely reviewed (The New York Times, Variety, The Forward, Times of Israel etc.), selected by Sundance, and had been seen by the colleague chosen to help to organize the conference—was that not enough? And if it wasn’t enough, why not simply arrange to view it herself rather than uncomfortably (and rudely, not to mention embarrassingly) rescind an extended invitation?

That, right there, is the death of the academy, at the hands of the BDS movement. When a professor will only profess opinions that conform to those reigning among their colleagues, when she feels pressure and threats to conform, then the knowledge enterprise is over—and the integrity enterprise with it.

Conor Friedersdorf, author of The Atlantic article, notes a “final irony,” that the documentary apparently portrays the settlement enterprise rather negatively and thus might actually be welcomed by the BDS crowd. But that irony shouldn’t obscure the deeper conclusion. It implies that H.’s “mistake” is merely in excluding a film that her own principles (“do not upset the reigning anti-Israel line”) would actually allow. The deeper point is that those principles—the very idea of a litmus test on the content of a work—are themselves grossly antagonistic to the fundamental norms of an academy.

The BDS movement isn’t merely an attack on Israel, in other words.

It is an attack on the university.

And Syracuse University has succumbed.

About the Author
Andrew Pessin is Professor of Philosophy at Connecticut College, Campus Bureau Editor at The Algemeiner, co-editor of "Anti-Zionism on Campus," and author most recently of the novel, "The Irrationalist," based on the tragic life and mysterious death of the famous philosopher, René Descartes. For more information, visit www.andrewpessin.com.
Related Topics
Related Posts
Comments