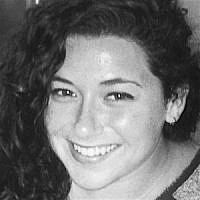 The Blogs
Judy Abramson
Apply for a Blog
Advertisement
Please note that the posts on The Blogs are contributed by third parties. The opinions, facts and any media content in them are presented solely by the authors, and neither The Times of Israel nor its partners assume any responsibility for them. Please contact us in case of abuse. In case of abuse,
Report this post.

To my friends back home in the US: What some of you are posting is shocking. This is coming from someone who lives with terror every day. Israel treats injured Syrian refugees in our hospitals all the time and they’re not hurting us. Educate yourselves about the situation in Syria before you make ridiculous Islamaphobic/xenophobic statements. The Syrians are LITERALLY being slaughtered, and I know this for a fact because I have personally had to deal with it and it was not enjoyable. For someone to ignorantly say that “military aged men need to stay and fight for their country” shows how little they truly know about war. With all due respect, hand guns and assault rifles are no match for planes dropping chemical missiles. This is coming from someone who specialized in plane missiles in the IDF.

I served as an F-16 technician in the Israeli Air Force on the closest air force base to Syria. One of my responsibilities was to prepare the plane and the pilots when the planes were scrambled for air to air combat and send them out in mere seconds. There’s a Syrian Air Force base next to our border. Every time one of Assad’s planes went out to bomb his people, my squadron was called upon. For about a month, I couldn’t sit down to have a proper meal because Assad’s planes would so frequently take off. This was right after the world found out about Assad having chemical weapons and we, Israel, found out because it was a threat to us. He was using them on his people…from that very air force base I had to deal with. The IDF prepared us for chemical warfare: how to take care of the planes while under fire and different symptoms associated with such warfare. “Sand in your eyes,” is the feeling you supposedly get, burning skin, and of course the foamy mouth. But what really hit me was when my commander told us to keep fighting, to keep doing our best, if he got hit. The pictures of the symptoms, the fear of losing someone I considered a father figure, the lack of sleep all made me realize that I wasn’t just fighting for Israel, but for those helpless Syrian refugees who didn’t have anyone to fight for them.

Syria is stuck in a war between Assad’s government, al Qaeda and ISIS. If any of those entities win, they’re screwed. They’re literally fleeing for their lives. I’m pretty sure an ISIS fighter, whose mission is to carry out a terror attack, isn’t going to travel on a rubber boat through the ocean with a high risk of dying. Then he wouldn’t be able to carry out his terror attack. Nor would he wait for the “vetting process” that the refugees will have to go through to reach the US. If a member of Daesh wants to reach America to carry out a terror attack, he’s not going to wait 18-24 months: he’s going to find other outlets to do so. Israelis live with DAILY terror attacks, yet still we are able to open our hearts in helping these refugees.

As a Jew, my parents and educators instilled in me to say “never again.” Never again to another genocide. Whether the world wishes to believe it or not, that is what is going on in Syria. Whether it’s Assad’s planes systematically and carelessly bombing or ISIS doing what they do, it is a genocide and the world needs to acknowledge it.

I am not only Israeli, but I’m also American. This is why I felt able to write this post. Unfortunately, Israel hasn’t been able to let the refugees LIVE in Israel because we are technically at war with Syria, however policy makers are currently fighting for it and we have people on the ground. Basically, the aid Israel is providing and the help is more than any other country can say, in my opinion, AND WE ARE AT WAR WITH THEM! I think the best way one can help is by donating to IsraAID. Read about them. Read about what they do. They are AMAZING and have no political agenda. They are just there to help.

About the Author
Judy Abramson was born and raised in Orlando. She attended the University of Hartford to study Judaic Studies and postponed her studies halfway through to draft into the IDF. She served for two years as an F-16 technician in the Israeli Air Force. She is currently studying Sociology and Anthropology at Tel Aviv University and works as a production assistant for a startup called "Applicaster."
Related Topics
Related Posts
Comments