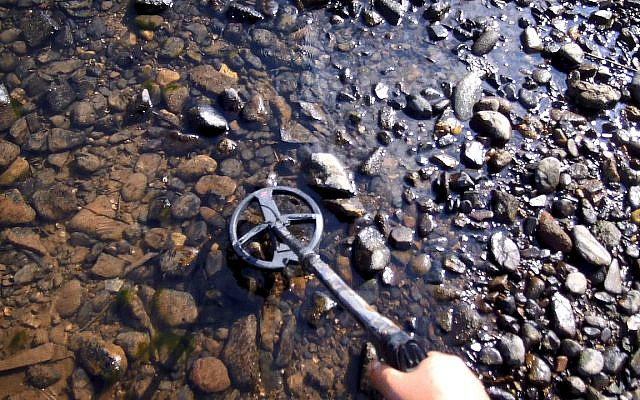 In the Song of the Sea, the Jewish People recount the events leading up to the miraculous parting of the Red Sea and the Egyptians’ fateful drowning therein. At one point, the Song describes what motivated the Egyptians to pursue the Jews who recently exited Egypt: “The enemy said, ‘I will chase them. I will reach them. I will apportion the booty’” (Ex. 15:9). In this context, the Torah uses the word shallal to denote the “spoils of war.” However, elsewhere, other Hebrew words are employed to mean the same thing: baz/bizah, ad, shevi, and malkoach. For example, when the Jews defeated the Egyptians, they were said to collect bizat Mitzrayim (“the spoils of Egypt”) and bizat ha-yam (“the spoils of the sea”) — not shallal. In this essay we will explain how all of these words are not truly synonymous, but convey slightly different meanings. And, in doing so, we will trace these Hebrew words to their roots and hone in on their exact connotations.

When the Jews defeated the Midianites, the Torah uses the words shevi, baz, malkoach, and shallal to refer to the booty taken from that battle (Num. 31:11-12). Rashi (Num. 31:11) explains that shallal refers to clothing and jewelry, baz refers to other movable items which are not jewelry, and malkoach refers to living booty (like people and animals). This approach is approvingly cited by Rabbi Avraham Bedersi HaPenini (1230-1300) and the Maharal of Prague (Gur Aryeh to Num. 31:11) who substantiate Rashi’s claims by referring to other instances in which these words or cognates thereof appear.

Radak explains that shevi refers to human prisoners; malkoach, to animal spoils of war; and shallal, to clothes and vessels. However, he notes, later the Torah uses the word malkoach without pairing it with shevi (Num. 31:27), and in that case malkoach refers to all living things — human and animals — captured in the war.

The Vilna Gaon (Biur HaGra to Isa. 10:6) writes that the plunder of enemy loot typically occurs in stages. First, all of the valuables are taken; they are called shallal. Then, even the less important items are taken; they are called bizah — a word related to bizayon (“disgrace” or “disparagement”) — because they are not as prized as the first set. Finally, everything left is sometimes taken away from the enemy, just to make sure that they are totally bereft of all their belongings. The Vilna Gaon also explains (in Biur HaGra to II Chron. 14:13) that bizah refers to non-living things captured in battle, while shevi refers specifically to living people or animals taken in war.

Malbim writes that the difference between shallal and bizah is the same as the difference between shevi and malkoach. He explains that shallal is a general term for the ownerless property of the defeated party after a battle, while bizah refers specifically to property that was already taken as loot. Similarly, he explains that shevi refers to all the captured people that were defeated, while malkoach refers specifically to those people who were taken by the captors as slaves or for other purposes.

Rabbi Shlomo Pappenheim of Breslau (1740-1814) traces shallal to the two-letter root SHIN-LAMMED, which means “moving something outside of its proper place.” For example, when G-d spoke to Moshe at the Burning Bush, telling him to take off his shoes, G-d said: “Remove (shal) your shoes from upon your feet” (Ex. 3:5). This is the basis for the word shallal in the sense of booty, which entails taking property away from its previous owners as the prize of war.

In explaining the words baz and bizah, Rabbi Pappenheim traces their etymology to the biliteral root BET-ZAYIN, which refers to something “considered unimportant.” Rabbi Pappenheim offers three ways of explaining how the spoils of war are related to this meaning. Firstly, he explains that because the plunderers took these treasures “for free,” they are essentially degrading whatever it is that they took as though it is not worth paying for. Secondly, he explains that because the plunderers receive their loot without having to pay for it, they do not treat it with as much care, so they are more callous about it, as if it has no value. Thirdly, Rabbi Pappenheim explains that because victims of pillaging are trying to save their own lives, they are less concerned about their property. Thus, the victims themselves seem to not care about the items left behind (because their value pales in comparison to their own lives). [Although Rabbi Pappenheim and Menachem Ibn Saruk trace the root of bizah to BET-ZAYIN, Ibn Janach and Radak write that its root is BET-ZAYIN-ZAYIN, which differs from BET-ZAYIN-HEY that is the verb for “disparaging.”]

The root of malkoach is LAMMED-KUF-CHET, which means “taking,” and relates to the spoils for war for obvious reasons.

As mentioned above, the word ad also refers to the booty taken by the victors. For example, Yaakov blessed his youngest son saying, “Binyamin is a clawing wolf, in the morning he will eat his ad and in the evening he will allocate shallal” (Gen. 49:27). Rashi explains that the word ad in this case means “plunder” and notes that in Aramaic the AYIN-DALET root has that very meaning. In fact, Rabbi Eliyahu HaBachur (1469-1549) points out that most times the Bible uses the words shallal or bizah in Hebrew, the Targumim translate those words into Aramaic cognates of ad. This Aramaic root also means “removal” (see Targum Onkelos to Ex. 25:15), and even “atonement,” which is the “removal” of sin (see Targum to Isa. 47:1). These meanings are related to the concept of booty which is the “removal” of property from the defeated party’s domain.

Rabbi Pappenheim explains that ad in this sense is derived from the word adi (“jewelry,” “ornament”), and refers specifically to ornamental clothes which soldiers would wear to battle and would be stripped of when captured.

Malbim explains that the word ad does not refer to ordinary booty; rather, it specifically denotes dead animals which were taken as war-prizes.

Rabbi Yaakov Tzvi Mecklenburg (1785-1865) explains that the word ad in the sense of booty is derived from ad in the sense of “transferring” because “booty” represents a change in ownership. This meaning of ad is similar to its more common homonym ad (“until,” “through”). Rabbi Mecklenburg writes that the difference between shallal and ad is that shallal is a catch-all phrase that includes all items taken in as booty, while ad refers specifically to jewelry and decorative items taken as booty. A similar point is made by Rabbi Samson Raphael Hirsch (to Num. 31:11), that when no other words are used alongside it, shallal can refer to anything pilfered in battle — even animals and humans — because ultimately all the spoils of war are the same in that they are taken through violence.

Rabbi Baruch HaLevi Epstein (1860-1940) explains that there are two different words for living “booty” (malkoach) and inanimate “booty” (shallal) because they are taken in different ways: Inanimate objects are taken by hand or physical force, while living creatures are often taken in verbally by either persuasion or command.

When Rabbi Shmuel Ibn Tibbon (1150-1230) translated Maimonides’ Guide for the Perplexed from its original Judeo-Arabic into Hebrew, he needed to coin new words to convey some of the philosophical concepts with which Maimonides engaged. Inter alia, he needed to come up with a pair of Hebrew terms that can mean “positive” and “negative.” To that end, Ibn Tibbon re-appropriated the word shallal to mean “negative” (shelilah, shelili), because when one’s property had been plundered it is “lacking” and “missing,” which is conceptually similar to the idea of “negative.” Conversely, Ibn Tibbon also redefined a cognate of chayav (“obligated”) to mean “positive” (chiyuv, chiyuvi), because an “obligation” is a reality which really exists and is not “missing.”