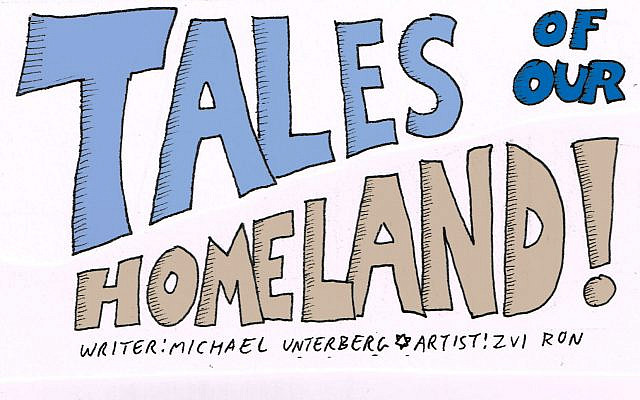 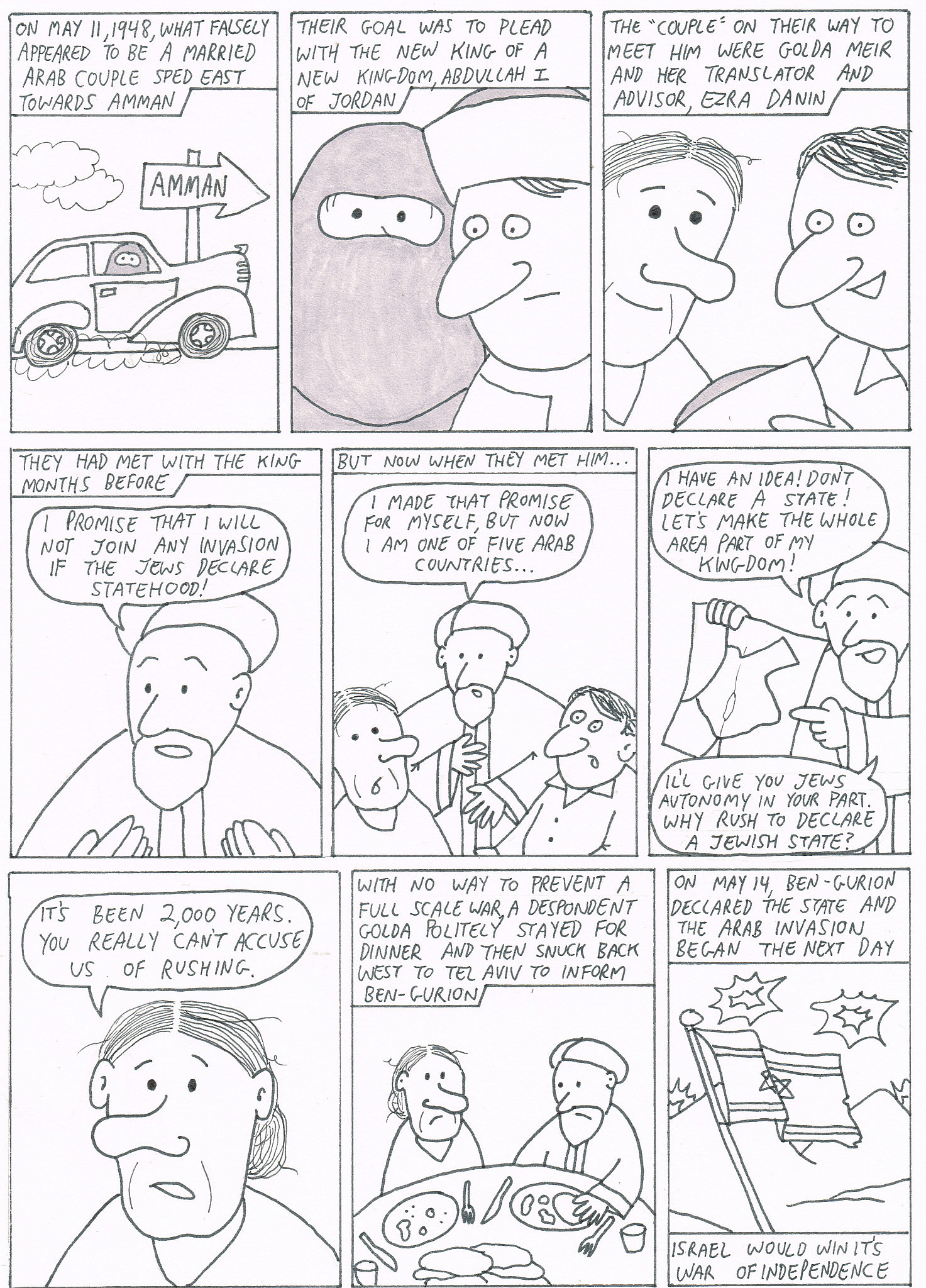 This is a well known incident. Details vary in different recountings, (like the exact wording used) but the basic elements are agreed upon.

Perspectives differ on the context of the story. The two meetings between Golda and Abdullah are described by some historians as forming a conspiracy to ignore the UN Partition plan and replace it with a Hashemite-Zionist plan. That appears to others as quite a stretch of the imagination. The facts simply don’t bear out such a dramatic conspiracy theory. It appears much more to be leaders from two countries who see themselves entangled in circumstances that were leading them into a war that neither side wanted. We are telling the story through that lens.

It is an interesting story, of course, because of the image of Golda in Arab garb on a secret mission. But even more so for the tantalizing possibilities of what could have been – the peaceful birth of the Jewish State. We are mostly relying on the relating of the incident as it appears in Francine Klagsbrun’s Lioness: Golda Meir and the Nation of Israel, in chapter 15. (my copy is digital, so I don’t have a specific page to share)

[The colorist of issue #14 was Avi Levine. I apologize for the mistake.]

Panel 2: Abdullah I of Jordan – Wikipedia

Their Arab driver asked Golda if she was scared to sneak into a now hostile Arab capitol pretending to be an Arab woman in dress and headscarf. She reportedly answered, “If there is the slightest chance of saving one Jewish soldier, I’m going,”

Panel 4: Abdullah had dreams of ruling a huge Arab kingdom that could include Jordan, Syria, Lebanon and what is now Israel. He also didn’t want any land under control of the ultra-nationalist (and anti-Semite)  Haj Amin el-Husseni.

His offer to allow a Jewish autonomous zone was taken by the Zionist leadership as genuine. But for them, this was insufficient. Only self-rule and statehood would satisfy the Jewish nation. Their priority was keeping Jordan out of a war against the new Jewish state. (At that time, they hadn’t chosen a name yet!) Not only did Jordan have the best trained fighting force in the region, but it was also the path for Iraq to send troops to Palestine. Peace with Jordan would stop two nations from invading.

Panel 7: Golda was always an expert at finding great lines.

Panel 8: Danin told her that to leave before dinner would be taken as a great insult in their Bedouin culture. Golda filled her plate with food but was too distressed to eat. She thought the King also looked troubled. She said he was “pale, depressed, tense”, adding, “We met in friendship. He is very worried, and he looks terrible. He did not deny that there had been talks and an understanding between us regarding a desirable arrangement…” but that he felt trapped into war. King Abdullah I would be assassinated in 1951. He was succeeded by his son Hussein, and later by the current King Abdullah II.