The Blogs
Motti Verses
TRAVEL FLASH TIPS ON THE TIMES OF ISRAEL
Apply for a Blog
Advertisement
Please note that the posts on The Blogs are contributed by third parties. The opinions, facts and any media content in them are presented solely by the authors, and neither The Times of Israel nor its partners assume any responsibility for them. Please contact us in case of abuse. In case of abuse,
Report this post.

The intersection of Eastern Europe and Western Asia was always for me Istanbul in Turkey. A city I visited probably 20 times in my lifetime. When I was offered to visit Tbilisi, capital of Georgia, I was skeptical. For some reason there was a barrier. Now I had an opportunity to get over the obstacle, just before the world cup games commenced. A fellow journalist and myself made the short 2 hours flight from Tel Aviv. The outcome was a total surprise. What a blasting vibrant place to visit.

On the banks of the Kura River, with its old town, the ancient Narikala Fortress,the Bridge of Peace and the National Botanical Garden of Georgia, Tbilisi apparently has a lot to offer. A mixture of Europe, the Middle Ages, Caucasian tradition and amazing architecture. It is a city of wonder and mystery, puzzles and miracles. Tbilisi’s intriguing Old Town is a labyrinth of narrow streets, where wooden balconies look down from old brick-built homes. Arabian architecture and European buildings are interspersed. Churches, synagogues and mosques are blended into this maze of structures. What is the fairytale-like leaning clock tower in Shavteli Street? A structure which is not connected to anything, but still attracts every visitor here. 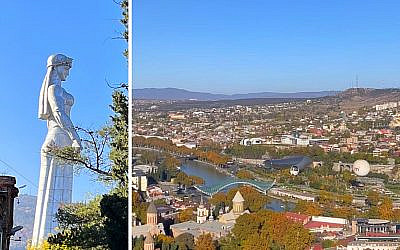 The Kartvlis Deda, Mother of Georgian, overlooks Tbilisi from above (Photo by Motti Verses) 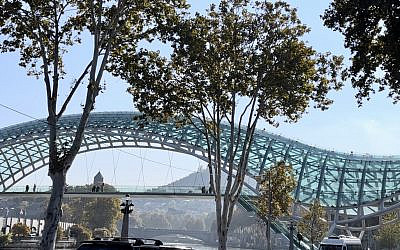 Just like Istanbul, it is difficult to work out where exactly the visitor is – Asia or Europe. For sure it is a blend of various cultures and traditions: Umayyad, Persian, Mongolian, early Renaissance. How about a soviet touch? A visit to post-Soviet countries leads to spectacular Soviet statues of a Mother. They’re usually located on the hill above the city so everyone can see them and they can look at the whole country that needs to be taken care of. The Kartvlis Deda, Mother of Georgian, overlooks Tbilisi from above. With a bowl of wine to greet those who come in peace in one hand and with a sword for those who come as an enemy, she looks proudly at the magnificent capital. We gladly joined her endless joy with the generous help of the modern cable car.

Tbilisi literally means ‘warm location’, and it owes its name to the subterranean natural hot water springs. The city boasts several Persian-Ottoman bathhouses, most of which are situated in Abanotubani, the old town’s sulphuric bath district. We didn’t miss the opportunity to enjoy these bathhouses and relax in the boiling water and breathe sulfur fumes like millions before us, centuries ago. 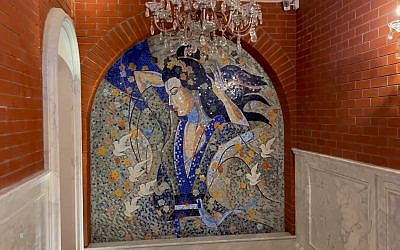 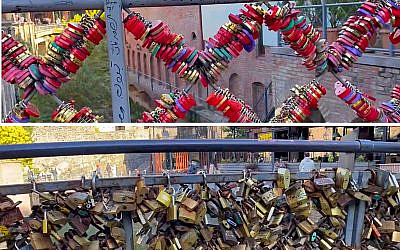 Legvtakhevi, the area of these Sulfur Baths was in old times the favorite place of women: they used to gather there, washing their clothes and gossiping. Is it why the bridge of lovers is located there? No clear answer was provided. This romantic bridge is full of padlocks with the names of couples and quotes in many languages. People believe that if they lock a padlock on this bridge, their love will be forever.

The impressive Bridge of Peace was designed by an Italian architect Michele De Lucchi. It is a symbol of modern Tbilisi, a European style architecture. It is a pedestrian glass and steel bridge in a bow-shaped design that sits over the river. It was officially opened in May 2010 and is 156 meters long and has more than 10,000 LED bulbs built-in, that are switched on daily 90 minutes before the sunset. The bridge certainly provides a connection of this intriguing city to present times. 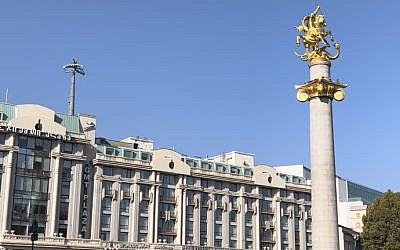 Not far, our home in Tbilisi is to be found – The relaxing Hilton Garden Inn. “We offer 170 rooms, dining in the Andazi restaurant which is famous for its Georgian cuisine, as well as having 8 meeting rooms to accommodate meetings of up to 100 people. It is absolutely in a great location, which has access to parking as well as public transportation,” says ever smiling General Manager Patrick Buder. The hotel is located on Chavchavadze avenue which is a convenient location for restaurants, bars and cafes and even the lovely Turtle Lake area. Pure Europe, less Asia. 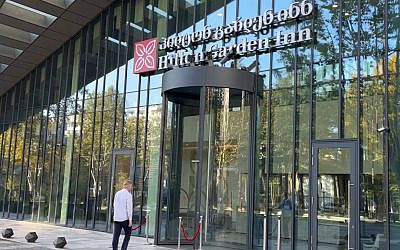 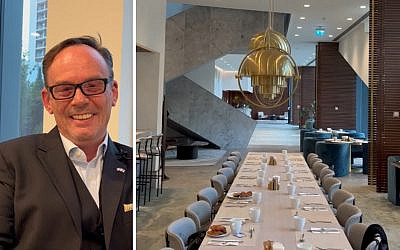 Tbilisi’s location is convenient for a must see attractions. One might be the oldest possible and the second is the newest. Mtskheta, former capital of Georgia, is worth a visit. The residents are proud of its medieval religious architecture. Just 20 km from Tbilisi, at the confluence of the Mtkvari and Aragvi rivers, the city is located on an ancient trade route. Jvari Church on the hill is a great view point from where you can easily see the town and where the rivers meet. A breathtaking view point, not to be missed. 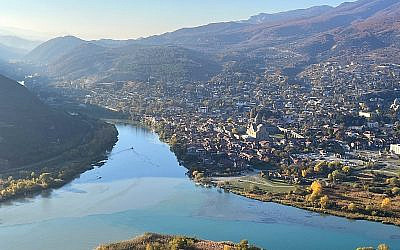 A beautiful observation of the Mtkvari and Aragvi rivers, overlooking Mtskheta (Photo by Motti Verses) 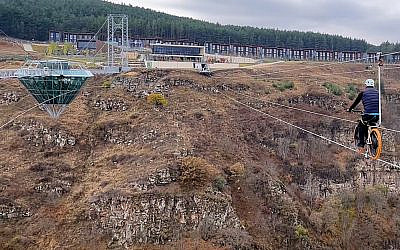 Set between a gorge in the Dashbashi Canyon, Kassland’s Diamond Bridge is a wonder of architecture and vision, inaugurated last summer. The bridge, built by the Georgian-Israeli investment Kass Group with an estimated funds of 25 million USD, is a 2 hours drive from Tbilisi and is highly recommended. The canyon itself is full of spectacular waterfalls and caves along its luscious green slopes, seen as you walk across the glass bridge and while you enjoy a glass of wine at the Diamond Bar. This attraction is highly recommended for those with a disposition for thrills. 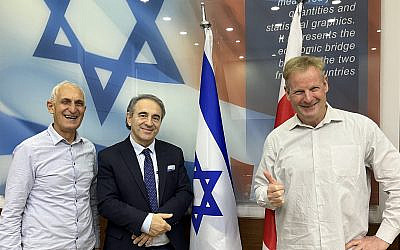 Founder of ‘Israel-Georgia Chamber of Business’ in Tbilisi, Itsik Moshe(center) with travel writers: “The number of Israelis visiting Georgia this year will be 200,000”. (Photo by Motti Verses)

The Israeli market is considered extremely important for the Georgian travel industry. According to Itsik Moshe, Businessman and Founder of “Israel-Georgia Chamber of Business’ in Tbilisi, the number of Israelis visiting Georgia this year will be 200,000, almost similar to the numbers of 2019, before the pandemic. “The tourism industry in Georgia is one of the most interesting in the world. There is still a shortage of 3000 hotel rooms, while the operating profit in hotels is about 55%, which is almost 2 times attractive in comparison to western Europe and Israel, due to the low expenses,” he says. Will we see more Israeli investors making their mark in this amazing city in the future? Time will tell. The tourism potential is promising.

One last tip – Never leave Georgia’s capital before enjoying traditional Khachapuri and Khinkali. Yammy – Tbilisi Georgia, this might be your next break.

About the Author
The author is a hotel expert, traveler, writer, videographer and the former Head of Public Relations of Hilton Hotels and Resorts in Israel
Related Topics
Related Posts
Motti Verses