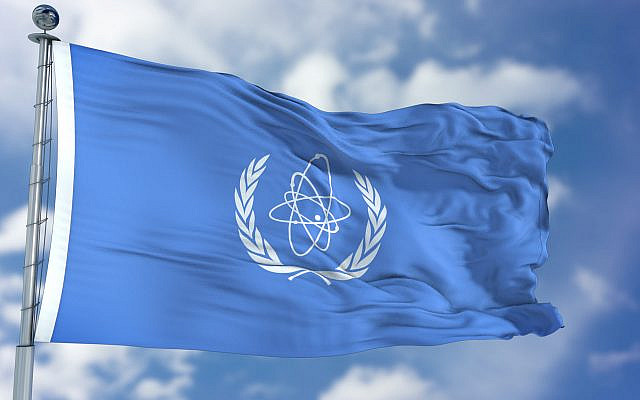 If Iran has nothing to hide, then why are its leaders denying access to the International Atomic Energy Agency (IAEA) to inspect specific sites suspected of nuclear activity?  After all, this is one of the critical responsibilities that the United Nation’s nuclear watchdog is tasked with.

The answer is clear: Iran has a well-documented history of subterfuge and stonewalling when it comes to shielding its pursuit of nuclear power from the eyes of the global community. And the latest indications are that Tehran is continuing along this dangerous path of secrecy.

In Vienna recently, Kazem Gharib Abadi, Iran’s Ambassador to the UN, reportedly said Iran is under no obligation to consider the UN nuclear watchdog’s requests to inspect certain sites as a result of what he alleged with no evidence was manufactured data made up by intelligence agencies.

To make matters worse, Abadi attempted to implicate both Israel and America by accusing them of exerting pressure on the IAEA in order to disrupt what Abadi called the “proactive and constructive cooperation” between the IAEA and Iran.

These remarks from Abadi come in response to a report just issued by the IAEA that specifically calls out Iran for denying inspection access to sites suspected of being related to nuclear activity.

Of particular significance is the fact that this new report issued under the leadership of the IAEA’s new Director General Rafael Grossi, marks the first time that the UN agency has officially documented Iran’s leadership blocking access of IAEA inspectors to three important suspect sites.

This official admission is long overdue. Lifting up Iran’s cloak of secrecy could not be happening at a more critical time.  The IAEA also just revealed that Iran has crossed a vital threshold that brings it closer to achieving its ambition to produce the requisite material to create a nuclear warhead.

According to the IAEA’s report issued yesterday, Iran now allegedly has enough enriched uranium to create one single nuclear weapon by surpassing 1,000 kilograms of uranium fuel enriched up to 4.5 percent.  This development is highly worrisome, because if the Iranians reach 90 percent of further enrichment – then they will have succeeded in creating a single nuclear weapon.

In fact, Iran could be mere months away from converting this high quantity of uranium into the amount of enriched materials needed for a nuclear warhead. The world must not allow this to happen.

The Iranian regime remains the world’s leading state sponsor of terrorism, and if it obtains the nuclear weapons capability that it desires, then it will pose an even greater danger to the Western world.

Iran’s unelected mullahs who dominate the country seek hegemonic power and rely on draconian tactics to achieve their goals.  Tehran’s leaders are radical extremists who also unleash the most inhumane treatment on their own people, often persecuting innocent Iranians without justifiable cause.

Iran’s leaders thrive on attempting to unite their people by deriding Israel and the United States as the devil, the enemy. Anti-America and anti-Israel chants during speeches by Iranian leaders are a staple of the Iranian regime’s default mantras.

The Trump Administration’s decision to unravel the Obama Administration’s 2015 nuclear agreement was based on the premise that harsh economic sanctions against Iran would reduce the regime’s ability to function overall and slow its nuclear operations.

It appears that Iran’s latest moves are part of a strategy aimed at reducing the bite of economic sanctions imposed by the United States by placing pressure on Europe. Unfortunately, the latest indications are that Iran is once again moving ahead rapidly toward its path to a nuclear bomb.

The situation today is very dangerous. The IAEA must demand full and immediate access to the sites at the core of Iran’s pursuit of attaining an atomic weapon and global diplomatic and economic pressure must be applied on Tehran before it is too late.