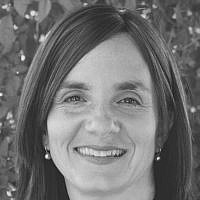 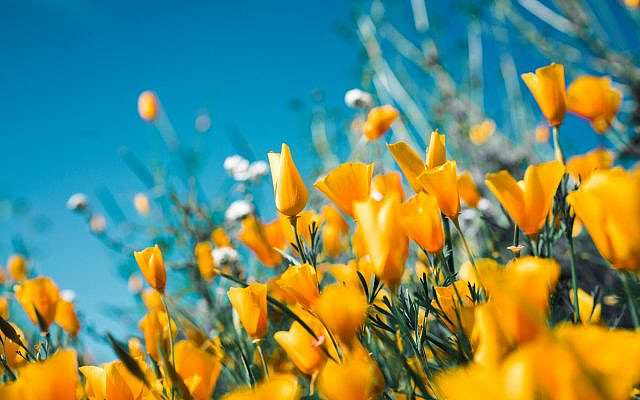 Photo by Sergey Shmidt on Unsplash

Spring has finally arrived in Israel this week.

This week, the weather is perfect. The sun is shining. The birds are chirping. The jackets have been put aside, and people are strolling in the streets. After a long winter, an extra month of Adar and a hailstorm just last week, it is finally possible to imagine that Pesach is around the corner.

Not that we did not know it was coming.

Already two weeks ago, the local Rami Levy supermarket changed their front-of-the-store display to cleaning sprays, sponges, mops and paper towels, in case we forgot what awaits us. The WhatsApp groups are filled with giveaways, as people begin to empty their closets and cabinets in their yearly Spring cleaning. There are advertisements for pre-Pesach camps and special sales. School programs are winding down. And soon the streets will be filled with the smell of bleach and the sounds of vacuum cleaners removing the cookies crumbs, candy wrappers and bits of sand and dirt from our cars.

Every year, I marvel at the feeling that takes over the country. The Seder night is perhaps one of the most universally upheld traditions of the Jewish people, and in Israel you can feel it coming for an entire month. The malls are filled with people shopping for new clothing, extra chairs, tablecloths, bedding, and appliances. There are matza baking events, collections of closed (and even open) packages of food for the needy and secondhand sales.

Pesach is in the air.

My youngest daughter was born nine years ago on erev Pesach. After we finished bedikat chametz we got into bed exhausted, only to be awakened a couple of hours later by late-stage contractions and a baby who was determined to join us at the Seder. Not more than a half-hour later, having barely made it into an ambulance, she was in my arms as we made our way from Gush Etzion to Shaare Zedek Medical Center.

When we arrived at the hospital, we were stopped at the entrance to the emergency room as the the paramedics tried to wheel me through on a stretcher. “Tikim, tikim!”— the guard said as he demanded to check our bags. “We just had a baby; the placenta has yet to be delivered. Do you think we have neshek (weapons) on us?” we asked incredulously. “No, chametz!” he answered. “The hospital has already been cleaned and checked for chametz. I need to check your bags before you enter.”

“I have a feeling we’re not in Kansas anymore…”

It has been another really tough week. Terror attacks, eleven lives taken, and a young man stabbed and seriously wounded on a bus this morning just two minutes away. The bus line my son is supposed to take home later today.

We are still dealing with COVID-19, there is a raging war in the Ukraine, it has been a long few months and the idea that we are heading toward another extended wave of terror is daunting, Our emotional reserves have been depleted. Who has the mental energy to be scared and sad?

But then I think of my grandmother, Sylvia Sophie Lerner.

As a young girl, she fled Poland on train tickets that had been sent for her and an older sister by a brother that had already made his way to America. Everyone else — her parents and the rest of her siblings — were left behind, and my grandmother would often cry when she recalled her father running after her train calling her Yiddish name—”Sasha, Sasha!” as he bid her a final goodbye.

My husband and I often talk to our children and to our students about the difference between living a life of trust and living one of fear. It would have been completely understandable if my grandmother had lived a life filled with fear, survivor’s guilt, and resentment about the things she had been through. And yet she embraced her Yiddishkeit, the world around her and every day that she lived with love, passion, and deep trust that the Almighty was at her side and that she could feel confident He was watching over her. She was in love with Israel. And like her name Sophie- עין לציון צופיה– she always had one eye, if not both, on this country.

Every year, as part of the Haggada, we sing the words of Vehi She-amda-that in every generation there are those who rise up to destroy us. And then we remind ourselves “that the Holy One, blessed be He, saves us from their hands.” But it is when we would open the door for Elijah the prophet that, in my childhood home, we would stop and think about the ultimate redemption. In Great Neck, NY, we would sing and dance and cry and pray and dream and hope and aspire that, in the words of the popular Mordechai Ben David song, “Someday we will all be together” in Israel. It was a prayer and a dream, but I’m not sure we ever really believed it would happen.

And now, a few months after my youngest sister’s aliyah with her family, here we are “all together.”

It took time, effort, hard work, patience and God’s help, but sometimes the things we pray for actually happen. And that gives hope. Hope that Corona will fade into oblivion, hope that the conflict in Ukraine will be resolved, hope that the terror attacks will be reigned in and hope that we can all stop being so afraid.

As Spring arrives, Pesach is in the air, and Yom Ha’atzmaut is not far behind. Let us choose to have hope, Tikvah, and to look toward Zion, believing that prayers can be answered.