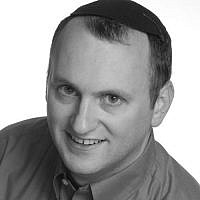 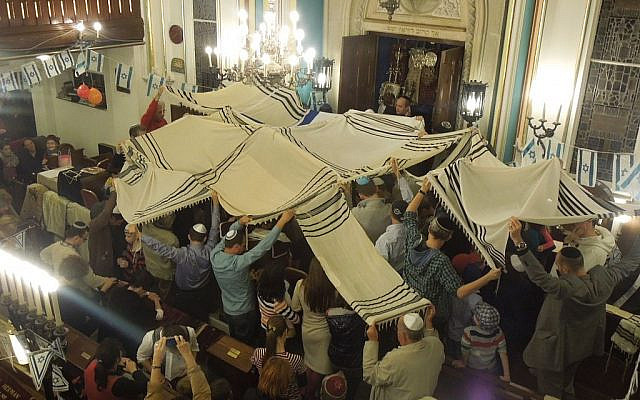 The Jewish month of Elul is a time to do teshuva, or ask forgiveness for our sins of the previous year, with the intent of not repeating or continuing these same sins in the coming year. As we get into this mindset, we should reflect on a recent apology to children by the editor of Germany’s Bild, the largest circulating newspaper in Europe:

To the millions of children in this country for whom our society is responsible, I want to express here what neither our government nor our Chancellor dares to tell you. We ask you to forgive us. Forgive us for this policy which, for a year and a half, has made you victims of violence, neglect, isolation and loneliness. Sorry for this policy and media coverage which, like poison, made you feel like you were a mortal danger to society. You are not a danger to society, don’t believe this lie. It’s up to us to protect you…

Instead, we persuaded our children that they were going to murder their grandma if they dared to be what they are, children. Or if they met their friends. None of this has been scientifically proven. It was easy to force that on the kids, they can’t defend themselves, and they don’t vote. When a state steals the rights of a child,  it must prove that by doing so it protects him against concrete and imminent danger. This proof has never been provided! It has been replaced by propaganda presenting the child as a vector of the pandemic. Those who wanted to contradict this propaganda were never invited to the expert table. Our policies would do better to open schools and sports halls rather than polling stations! Otherwise, they will have on their conscience and will leave in the history books a multitude of innocent souls.

Following the year and half we just experienced, this apology from a major media organization is nothing short of stunning. In fact, similar, if less explicit mea culpas have been penned in recent months by many other mainstream media organizations, including New York Magazine, The  Atlantic, The New York Times, and others.

As the editor of Bild and others have pointed out, there is no data that demonstrates that isolating children, either through closing schools or restricting mingling with elders, has reduced the spread of the coronavirus. In a recent study, the UK Office of National Statistics actually found that there was no difference in communal spread whether schools were open or closed even during the Delta surge. These results echo  the findings of dozens of other countries, including Chinese, Danish, and Finnish data published over 16 months ago. (For clarity, these results do not say that the disease does not spread in schools, but rather that the spread would be similar even if the schools were closed)

Yet, the damage to children has been extensive and catastrophic, relative to their specific risk from Covid itself. Children born during the pandemic have experienced reduced cognitive development, and their older peers have experienced similar educational losses. In poorer countries, deaths among children due to malnutrition and lack of access to basic medication has skyrocketed. And, while many in the upper middle classes of the Jewish world have been less affected, we should not be so naive as to think our children have come through this unharmed.  Teens and young adults are facing psychological crises of epic proportions, drug and alcohol use by teens has risen, and suicide ideation by children has overwhelmed emergency rooms across the US.

Unlike the media outlets mentioned above, neither the leaders of the Jewish community at large nor the Israeli government, have expressed any regret for these actions. Rather, they continue to burden children with the guilt and responsibility of matters of life and death, while simultaneously excluding them from communal prayer and other major events with a punitive Green Pass system. The requirement that children be either vaccinated or prove themselves clean from disease on a daily basis, combined with limits on how many can attend any single event, means that children will again be largely excluded from participating in prayers on our holiest days.

Less than a century ago, Rabbinic leaders struggled with Jewish children who were losing their connection to the community. In response, they made Jewish education an absolute priority and tolerated bending Jewish law in ways to assure that the younger members of the community were not only included, but actively encouraged to grow into functioning and committed members of the Jewish world. The act of participating in the High Holiday prayers, with the entire community singing as one with recognizable tunes, has been a formative act in the lives of millions of Jewish children. This plays a part in why many of even the most secularized Jews still come to synagogue three days a year to feel the same connection to G-d and the community they felt as children. Yet, for the second year in a row, many in Israel and abroad are choosing to actively exclude children from this formative process, implying that it is simpler and safer for the older generation if the children do not attend. In Exodus, Pharoah offered a similar opportunity to Moses in Egypt, allowing the Jews to simply worship G-d in the desert without the hassle of children and the weaker elderly, yet Moses’s reply is an emphatic “Be’Naarenu UVizkenenu Nelech” – with our young and vulnerable we go to worship G-d together as one nation. This sense of unity, and the importance of including every facet of our community, should be a driving force behind any religious policy decisions.

A person who has a transgression in his hand, and he confesses but does not repent for his sin, to what is he comparable? To a person who holds in his hand a dead creeping animal, which renders one ritually impure by contact. As in this situation, even if he immerses in all the waters of the world to become pure, his immersion is ineffective for him, as long as the source of ritual impurity remains in his hand. However, if he has thrown the animal from his hand, once he has immersed in a ritual bath of forty se’a, the immersion is immediately effective for him.

Standing in front of G-d, begging for forgiveness while simultaneously insisting on an ineffective Green Pass system that excludes children and others from participating in these prayers, may be akin to one who immerses themselves while holding onto an impure object. Approaching G-d who values honesty and humility in such a way seems entirely hypocritical. Our sincere motivation to save lives does not exempt us from distinguishing good strategy from bad, or ignoring the consequences, even if unintended or unanticipated. Real teshuvah requires an honest assessment of our actions and their consequences, and changing course accordingly.

Ahead of this coming High Holiday period, we should take a lesson from the editor of Bild, beseeching forgiveness from our children for the damage we have caused them over the past year and a half. We must also find a way to employ safety measures in our synagogues without sacrificing the full, unconditional and meaningful participation of the younger population.