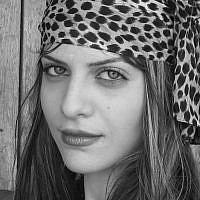 The Blogs
Crystal Baransi
Apply for a Blog
Advertisement
Please note that the posts on The Blogs are contributed by third parties. The opinions, facts and any media content in them are presented solely by the authors, and neither The Times of Israel nor its partners assume any responsibility for them. Please contact us in case of abuse. In case of abuse,
Report this post.

The Iran deal has caused quite a stir amongst regional Arab states and Israel. As much as we would like to think that the deal has been done and dusted, many debate the place and behaviour of a reemerging, sanction free Iran. Politicians from Saudi Arabia to Israel and to the shrills of the Congress and the White House, all echo the dim and gloomy warnings of a stronger Iranian rise of terror now that the deal has been struck.

International Relations theories have time after time tried to explain the rise of regional hegemony and the tactics in a multipolar world. Walt, Mearsheimer and Morgenthau amongst many have predicted how states would react to a new rising power or why a state would want to be as threatening as a 1930s’/40s’ Germany. In a nutshell, the theories explain that if a state would feel threatened by other regional powers it will seek to obtain its own force of influence. However, if you appease such a rising power it will refuse to obey and be contained, such as Hitler in the 1930s’. Enter Iran, a case that is no longer fixated on because of the deal, centrifuges, uranium or transparency but rather because of the fact that the deal took on a life of its own. What if Obama is appeasing Iran? What if Iran is a rising regional power that is best contained by sanctions? What if its new-found influence will inflict terror on minority groups and will allow it to extend its arm into other regional chaos as it does with the Houthis in Yemen?

Predictions offer a great deal of insight and understanding but they can also just be false promises. Yes, Iran’s aggressive attitude might worsen and its regional meddling might not stop. But then again, it also might. How many deals such as the Iran deal have been made in the Middle East or even in history? Not as many as we would like to assume. Wars on the other hand are common and to some a daily recurrence of a harsh, cold reality. As much as we would like to believe that the Iran deal is but a fairy tale script that would unravel as soon as sanctions are lifted, it could also force Iran to face a reality in which it does not exist in a vacuum. If it hopes to get its economy back on its feet and strike oil deals with states like India (Iran used to be its second largest oil supplier and now seventh) then it has to get its act together. If anything, the deal creates the necessary breathing space to monitor the actions of a nuclear-free Iran and to open up possibilities for cohesion and negotiations on other issues. It could quite possibly foster cooperation that other regional states should take an advantage of. It would also set an example of the consequences of obtaining a bomb or participating in a nuclear arms race to other regional countries that seek nuclear power.

The Middle East is no stranger to chaos and conflict and it is home to many terror cells and organisations. Therefore, to expect that that chaos will tone down, regardless of whether or not the deal was made, is also an illusion that many politicians in the region have. Crippling the Iranian economy or as Israel would have it, go to war over the summer with Iran will not solve the Palestinians’ problems, the refugee issues, the child soldiers recruited by ISIS or the lack of human rights. It doesn’t stop the Houthis in Yemen or Islamic State in Iraq and Syria either, nor will it prevent the bloodshed spilled on the borders of Lebanon or stop the Syrian death toll. Even if Iran vanishes into thin air, it does not stabilise the region. It is because Iran is not the source of all the terrible issues that burden this region. It is plagued with a series of unstable bloodthirsty dictators that toppled down one government after another and created a power vacuum up for grabs after they have long gone.

Israel was once, and still is thought of, as a pariah state that conveniently sits in the Middle East, squeezed between Lebanon, Jordan, Egypt and Syria. Many Arab states seek its demise and think that if it pulled a disappearing act it would stabilise the region. However, as much as we would like to laugh that idea off, it is an existing perception, the same haunting perception that others have on Iran. It does not solve anything. As a result, the deal will not worsen or better this situation. We are forgetting that in this day and age of nuclear weapons, complex challenges in every region and the global war on terror, working with adversaries is the way forward. We should at least foster dialogue and cooperation while seeking to contain their actions and, as Jonathan Powell suggests, to ‘talk to terrorists’.

We need to challenge the assumption that the deal will somehow magically transform Iran. The deal is not meant to transform the Islamic regime, nor is it meant to turn Iran from a theocracy to a democracy. We should stop fixating on such transformations and focus on what it is: a nuclear deal. It is meant to prevent Iran from getting its hands on a nuclear bomb and as a result lift the sanctions that have been destroying Iran’s economy and victimising its people. It is not meant to bend the arm of the current supreme leader of Iran, Khamenei or creep western morals and habits into Iran. Instead of thinking of everything we cannot gain from the deal (a democratic or a “moderate” Iran), we should focus on the fact that it is a deal that avoided an unnecessary war or preemptive strike and achieved justice for the people of Iran through effective diplomacy. In this case, I do not think of terms such as containment, punishment and hegemony. At the end of the day, it’s easy to sum up that diplomacy won.

About the Author
Crystal is a recent graduate of University College London with an M.Sc. in Democracy and Comparative Politics. Previously, she earned a B.A. degree in Government, Diplomacy and Strategy at IDC Herzliya. She currently lives in Jaffa and has mother tongue fluency in Arabic, English and Hebrew.
Related Topics
Related Posts
Comments