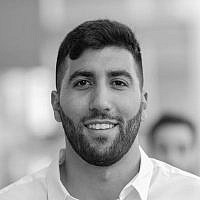 The Blogs
Shabtay Vardi
Apply for a Blog
Please note that the posts on The Blogs are contributed by third parties. The opinions, facts and any media content in them are presented solely by the authors, and neither The Times of Israel nor its partners assume any responsibility for them. Please contact us in case of abuse. In case of abuse,
Report this post. 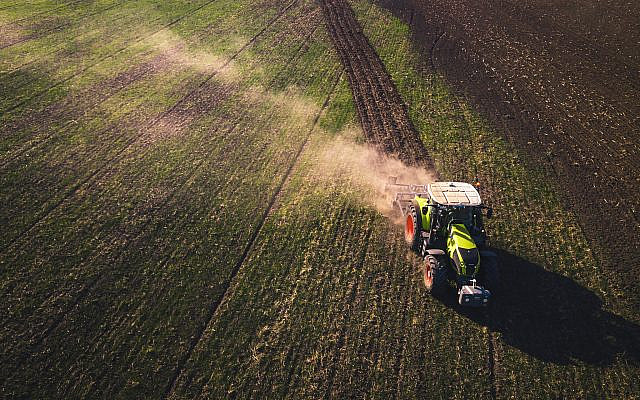 Photo by Chris Ensminger on Unsplash

Surprisingly, this battle was one of the remaining barriers to the formation of a government, which stretches all the way across the political spectrum. The future of Judea and Samaria or reforms in the judiciary, once focal points of coalition negotiations, have been replaced by a war over a small, low-budget ministry.

This is a positive and refreshing change, and personally, I’m happy about it.

Currently, there are two factions claiming the ministry. Blue and White, the incumbent centrist party already in control of the Agriculture Ministry, and Yisrael Beitenu, Avigdor Lieberman’s right-wing secular party. Blue & White Chairman Benny Gantz posited that Minister Alon Schuster, the current Minister of Agriculture and fellow Blue and White party member, must retain his role as minister, as Schuster has held this position for some time and has already begun advancing policies.

Gantz further postulated that Blue and White ‘deserved’ to keep the plebeian ministry as a result of the excessive concessions that Blue & White has already consented to in the current coalition building round. Gantz declared, “I am the one who abnegated. I could have been prime minister for the next two and a half years and I gave that up. I enabled change in Israel, and I expect people to appreciate it.” Lieberman retorted, “Gantz started a holy war over it [the ministry], perhaps because he wants an alibi for its [the government] failure, an excuse.”

Despite being rarely discussed, in recent years we received various clues to the rising importance of the Ministry of Agriculture. Lately, Israel has entered into several crises closely related to the ministry’s decisions. There was a time when Israelis were hard pressed to find a stick of butter in the supermarkets. Butter could not be imported from foreign countries due to strict legislation permitting meager quotas, in an attempt to protect local dairy farmers.

The decision to lower quotas and open markets are primarily the responsibility of the Ministry of Finance, yet the Ministry of Agriculture plays a significant role. The Dairy Council is under the auspice of the ministry and holds the power to pass reforms. Additionally, the Minister has the power to block such reforms, and this is precisely what Minister Schuster did when addressing the finance minister last May. Minister Schuster claimed that when a conflict of interest arises between the consumer and farmers, taking the farmers’ side is always preferable.

This is the essence of Schuster’s worldview. This is also understandable. He is a member of a Kibbutz, agriculture is a fundamental part of his life, and it is clear that he believes that firm protection of agriculturalists is in the best interest of the state.

Nevertheless, the average Israeli consumer vehemently disagrees with Minister Schuster’s approach. The Israeli supermarket basket is among the most expensive in the world. Only surpassed by its counterparts in Japan and Switzerland.

It is exceedingly clear that the protection of pressure groups comes at the expense of the people. The need to preserve Israeli agriculture and productivity is understandable, but the average Israeli citizen must not need to pay the price.

It is abundantly clear that Lieberman and his party share this worldview. In 2015, Lieberman defined his economic outlook as: “We are in favor of a free economy with compassion.” Lieberman intends to pursue an agricultural policy based on a free economy, an economic approach that focuses on the average Israeli and not on the farmers or dairy lobbyists. Alternatively, Minister Schuster, in his inauguration speech, clearly stated that a situation must be created in which, “food is grown in the country and imported only in cases of shortage.” His stance on the matter is clear as day.

“The battle for life itself” is a phrase coined by Prime Minister Benjamin Netanyahu in his 2015 speech regarding Iran’s nuclear program, yet this phrase is far more appropriate for the battle over the Ministry of Agriculture. It is encouraging to see that our politicians understand the importance and tremendous impact that such offices have on “life itself.”

In the center of the argument stands an ideological issue torn between two worldviews. Although one is focused on the Israeli public and the other is focused on the interests of the agriculture industry, I am glad that these two sides are dealing with “life itself.”

About the Author
Shabtay was born In Brooklyn, NY, and grew up in Netanya, IL. He served in the IDF Spokespersons Unit for 3 years as a spokesperson in the Judea and Samaria territories.
Related Topics
Related Posts
Comments