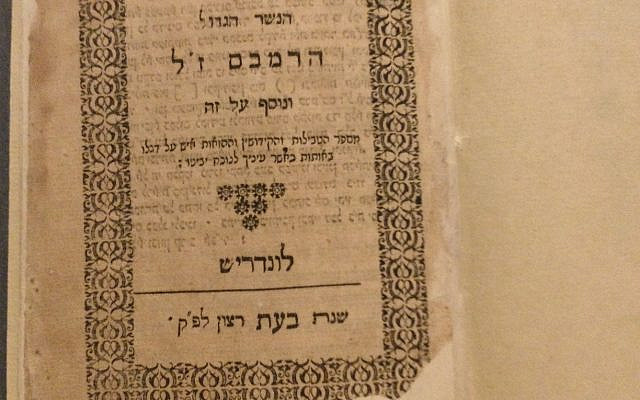 As we have discussed in previous blogs, the first Siddurim and Machzorim printed in London were produced by rival Jewish printers in 1770. Indeed, there was an explosion of Hebrew books printed by these printers in that year including Kinot for the 9th of Av, Selichot for the High Holiday period and scholarly works.

The late Cecil Roth speculated that craft restrictions were relaxed at that time allowing Jewish printers to operate for the first time.

Of course, Hebrew works for Jews were printed by non-Jewish printers prior to 1770. Roth in his Hebrew Press in London lists 14 such works printed from 1705 to 1766. These included the polemical works produced in the divorce case conducted by Rabbi Aaron Hart (which I discussed in an earlier blog), Hebrew poems by Ephraim Luzatto, and scholarly works by Rabbi David Nieto, Haham of Bevis Marks.

It is noteworthy however, that not one of these works is liturgical – containing prayers for use in the synagogue. It appears from Roth’s list therefore, that for more than 100 years after the Resettlement in 1656, both Ashkenazim and Sephardim used daily and festival prayer books printed in overseas centres such as Amsterdam and that no Hebrew liturgical works were printed in London prior to 1770. 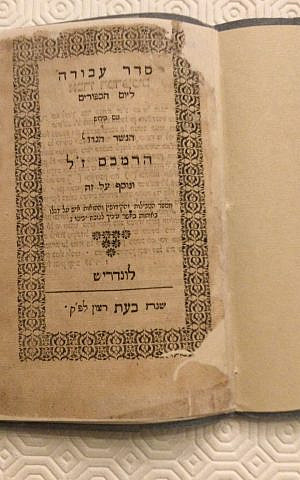 Although generally correct, this assumption is not entirely true. Roth and other bibliographies do not record a 20-page pamphlet I have in my collection. It is entitled Seder Avodah LeYom HaKippurim and contains a Sephardi version of the narrative of the High Priest’s service in the Temple, which is recited in the Musaph of Yom Kippur.

There is no author or printer given but the typography and border around the title page are very similar to a work of Haham Nieto which was printed by the non-Jewish printer, Thomas Ilive.

Most importantly, the work is dated 1712, making it the oldest Hebrew liturgy printed in England by almost 60 years. As to why it was needed, one can only assume that a different version of the Avodah had come into use in London, necessitating a supplementary pamphlet to substitute for the version in overseas Yom Kippur Machzorim.

Indeed, this need seems to have continued for some time, as Isaac Nieto, son of Haham David Nieto, produced another version of the Avodah in 1780. It was printed by Alexander the printer, who as we know had a strong business sense and would not have produced something unless he sensed a ready market! 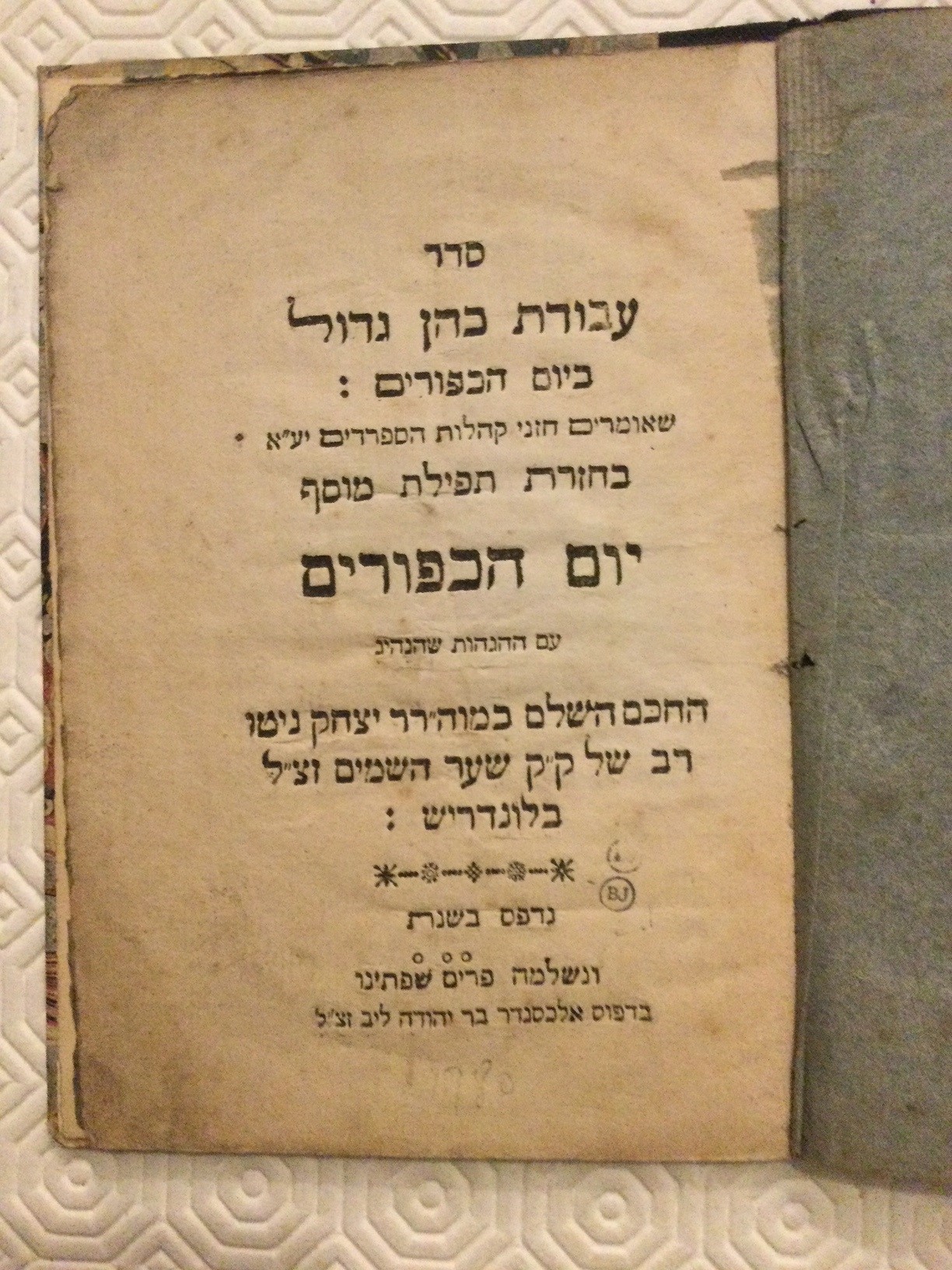 As small pamphlets intended to be used alongside Machzorim, most copies would not have survived for long before being lost or damaged and discarded. Both are therefore very rare but the 1712 pamphlet is likely to be unique, as well as offering a unique insight into the way London Sephardim prayed on Yom Kippur over 200 years ago.