As we enter the High Holiday season, I have been looking at the antique machzorim (festival prayer books) in my collection.

In my first blogpost, I wrote about the earliest Hebrew siddur published in London, produced in 1770 by three Jews, their Hebrew names printed in bold black ink on the title page: Isaac, son of Yedidiah, Moses, son of Gershon, and Jacob, son of Yissachar. 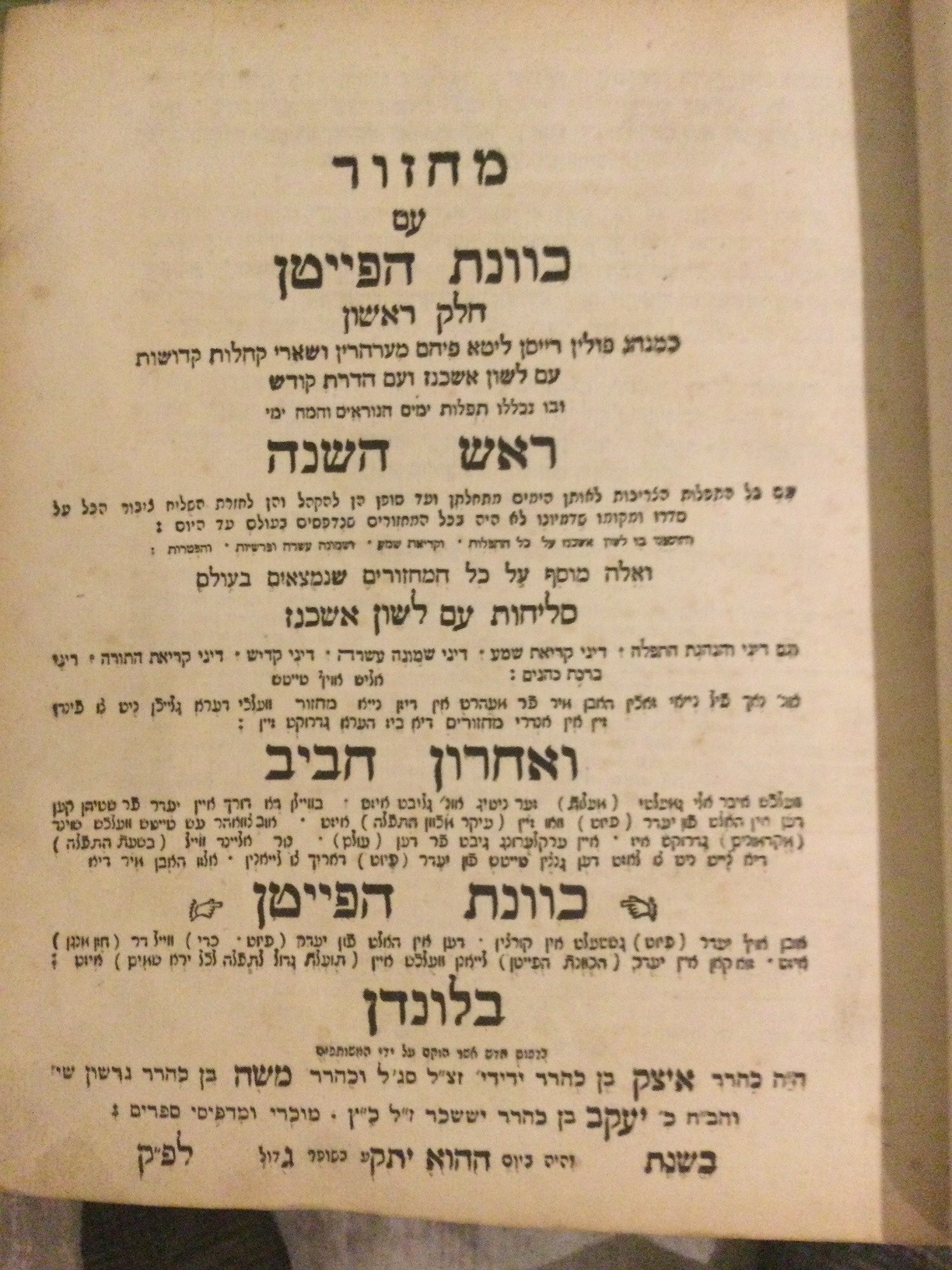 In the same year, these three also produced the first machzor to be printed on English soil. It comes in two large volumes. The famed Anglo-Jewish historian, Cecil Roth called it “a portly liturgy… quite a notable typographical achievement.” Roth also records that a further edition of this machzor was printed in 1785, Yet herein lies a mystery because, puzzlingly, Roth additionally states that the three printers went bankrupt in 1772. So how did a new edition of their machzor appear 13 years later, after their business went bust?

The mystery is solved by a recent acquisition of mine, a copy of this perplexing 1785 edition. Indeed, the internal pages of the machzor are the same, which is why Cecil Roth lists it as a further edition of the same machzor. However, the names of the three printers have been replaced on the title page with those of “Alexander Alexander and his son, Levi Alexander.” The elder Alexander, if you remember from my previous articles, had previously out-competed the three printers by producing the first siddur with an English translation, which presumably sold better than a Hebrew-only Siddur (much like the Artscrolls of today). 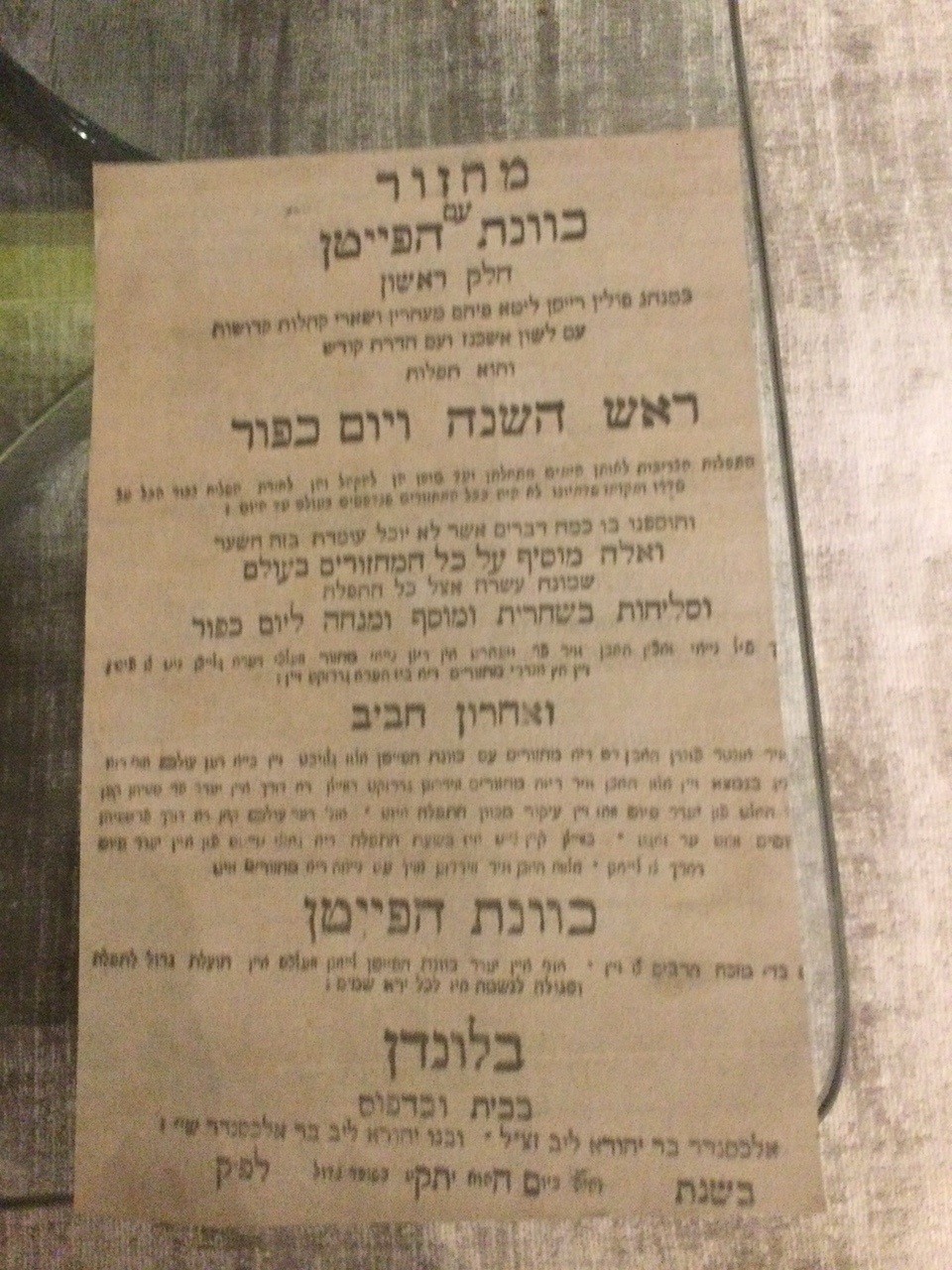 The 1785 edition of the same Machzor, this time printed by Alexander and his son Levi Alexander, and issued in their name.

Now, after the Alexander Hebrew-English siddur, to add insult to injury, it appears that the Alexander family then acquired the unissued sheets of the three printers, containing the first addition of the machzor (presumably in a bankruptcy sale), and issued them with a new title page under their name! This saved the Alexanders the expense of setting their type and producing an entire machzor from scratch. All the Alexanders needed to do was add their title pages. It is their edition of 1785 that Cecil Roth mentions as a second edition to this two-volume pioneering English machzor. Mystery solved.

Hardly an edifying story for these upcoming Days of Judgement. But perhaps it provides an early indication of the business acumen of Anglo Jewry! Anyway, may we all be inscribed in this year’s edition of the Book of Life.