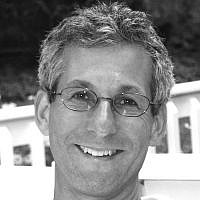 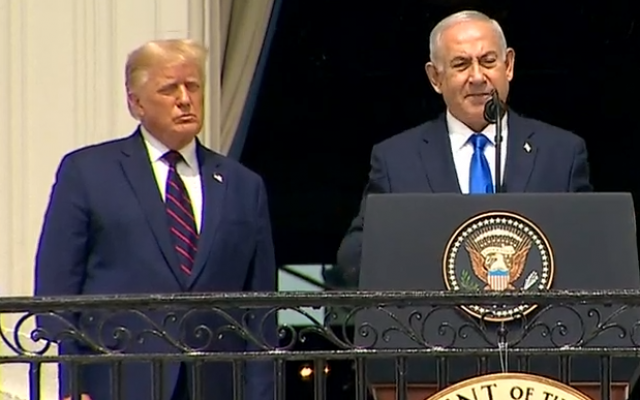 The peace deals with the Emirates and Bahrain made little impression with the American public. True, the media is reluctant to credit President Trump with an achievement. But the main reason for the low interest is that the agreement is subtle. Subtle, but far-reaching.

In contrast, the peace agreement with Egypt was dramatic.  “No more war, no more bloodshed” announced Prime Minister Begin.  That peace breakthrough got a huge amount of news coverage, illustrating that not only “what bleeds, leads”, but also what stops bleeding also leads.

The accords between Israel and the 2 Gulf nations have no such drama.  The countries have never fought.  Contacts have been going on for years.  But one difference is so far reaching that even the New York Times was impressed.  They quoted a 2019 comment from Bahrain’s foreign minister, Khalid bin Ahmed al-Khalifa’s that “Israel is part of this heritage of this whole region, historically …The Jewish people have a place amongst us”.  The newspaper also quoted former MK Einat Wilf’s assessment that “They’re saying the Jews belong here, that we’re not foreigners, and that the Palestinians need to accept us”.

We are not watching the cold peace with Egypt and Jordan.  We are seeing a member of an Emirati royal family inviting Omer Adam to perform.  We are seeing Abu Dhabi instructing hotels to offer kosher food.

This is important because it undermines the central claim of the Palestinian Arab attacks on Israel – that Jews are colonial interlopers with no connection to the land.  The truth about this claim has been proclaimed before – indeed, Israel’s proclamation of independence begins with the words “The Land of Israel was the birthplace of the Jewish people…”  What is new is that Arabs are saying the same thing and saying it publicly.

That is important, but it is more subtle than “no more bloodshed”.  What makes the peace deal not only important but far-reaching is that it also undermines the central claim of attacks on Israel by adherents of the doctrine of “intersectionality” in the USA.  According to this doctrine, Zionism is colonialism and all indigenous and oppressed people and their allies must band together to oppose it.  Even the Anti-Defamation League, one of the more left-wing mainstream Jewish organizations, has been condemned in a petition by a cross-section of intersectionality groups.

Intersectionality is the biggest threat to the US-Israel partnership.  It seemed like a fringe movement until June 2020, when Rep. Eliot Engel, chairman of the House Foreign Affairs Committee, was defeated in a Democratic primary election.  He has represented one of the more Jewish and influential districts in the country.  He was defeated by a Democratic Socialist, backed by the “Justice Democrats” group, from which all 4 members of The Squad emerged.  Intersectionality has graduated from college and moved into Congress.

The Gulf accords are far-reaching because they undermine intersectionality.  The accords are built on a public embrace of Jews in Israel as indigenous, not colonialist.

Intersectionality groups will ignore that, just as they’ve ignored genetic evidence of Israelite ancestry of Jews and Jewish ancestry of many Palestinian Arabs.  But while archaeological sites can be destroyed, Arab villagers can suppress traditions of lighting candles on Friday night, and the original copies of Islamic brochures referring to the Jewish history of the Temple Mount can be destroyed, one can’t destroy genetic evidence of Jews being related to the other people of the area.  And what is new is that intersectionality groups can’t stop Israelis and Gulf Arabs from working together, warmly.

The Achilles heel of intersectionality is that it is a coalition of groups with an ideology riddled with internal contradictions.  People join the intersectionality coalition to further a cause such as Gay rights, Black rights, or Muslim rights, but they experience cognitive dissonance when Muslims and Blacks oppress Gays.  Or when Muslims accept Jews as indigenous to the Middle East.

The beauty of the Gulf accords is that by increasing the cognitive dissonance of intersectionality, they move it one more step away from being a reality-based doctrine.