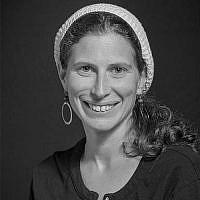 The Blogs
Tammy Jacobowitz
Apply for a Blog
Advertisement
Please note that the posts on The Blogs are contributed by third parties. The opinions, facts and any media content in them are presented solely by the authors, and neither The Times of Israel nor its partners assume any responsibility for them. Please contact us in case of abuse. In case of abuse,
Report this post. 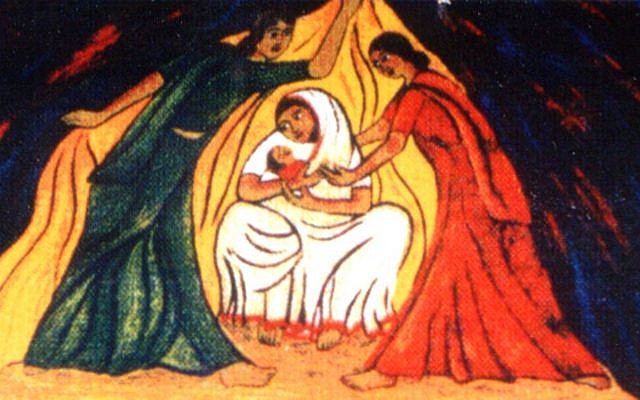 Illustrative. The midwives who helped birth he Israelites' babies in Egypt. (YouTube)

Quickly, with hardly any warning, Parshat Shemot introduces the story of the Israelites’ slavery in Egypt. One moment, it seems, the Israelites enjoy the privileges of a protected group, prospering alongside their Egyptian neighbors. Each son of Jacob’s family is celebrated by the text, reflecting their collective status as Joseph’s family. And then, a few verses later, the tide changes, and the Israelites’ entire reality shifts with it. By verse 11, the system of taskmasters, forced labor, and oppression is in full swing. The Israelites are enslaved to Pharoah’s empire. They are living embittered lives, with no other options in sight.

And yet, at the same time that Shemot describes the mechanics of slavery, the seeds for redemption are already being planted. Indeed just before we read Pharoah’s first inciteful speech against the Israelites, the Bible relates that the Israelites were involved in outsized population growth.

But the Israelites were fertile and prolific; they multiplied and increased very greatly, so that the land was filled with them (Exodus 1:7).

Not only is the rate of birth emphasized through repetitive verbs, but this verse devoted in its entirety to population growth follows a verse subsumed by death: Joseph, his brothers, and that entire generation. The birth of so many babies to the “sons of Israel” is not just noteworthy, it is downright paradoxical. When Joseph’s generation died out, the distinctive family from Canaan should have, too. They should have disappeared into the Egyptian landscape. Instead, they, the “sons of Israel,” multiplied beyond measure.

This moment surely defies expectations, but where are the seeds of redemption?

Upon closer examination, the verse about abundant births has a deeper resonance: it suppresses a hidden narrative about redemption. The primary agent of redemption in the Bible is of course God, who is not mentioned explicitly in the verse, but whose presence is hinted at in the choice of words. That pile of verbs in verse 7 echoes Genesis, chapter 1, the story of the world’s creation. For example, the words used to describe the birth of a nascent people are the very same words that God commands the first humans: “Be fruitful and multiply.” And the description of the land as “filled” with Israelites draws on the command to “fill the earth.”

And yet in Exodus, human agency is intimately tied to divine action. God does not act alone, creating the nation in a unilateral fashion. The mothers of the babies — by willfully bringing them into the world — are divine agents. They aligned themselves with God, with His narrative of life and possibility and nationhood and redemption. In a world drawing dark from encroaching oppression, these Israelite women chose to live; indeed, to bring life into a darkening world. To imagine otherwise. This is redemptive action.

A startling midrash in the Tanhuma — quoted in part by Rashi — evokes this sense of quiet, bold heroism. Commenting on verse 7, the midrash offers a series of escalating suggestions as to the number of babies in each birth. The first three opinions hover somewhere within the range of plausibility: two, six, 12. Each position correlates to the number of verbs (six) or to the plural form of the verb, and serves to explain, implicitly, how soon enough Pharoah will look at the Israelites and suddenly see a grotesque swarm, overtaking his landscape.

But the final position — 600,000 — signals a departure from the plausible to an entirely different realm. That each woman had 600,000 babies in each birth is not only physically impossible, it does not even make mathematical sense. 600,000, of course, is the number of all the males who left Egypt to constitute the Israelite nation! Instead, this midrashic suggestion must be read in another way. The midrash signals that with each pregnancy, every Israelite woman bore the potential for the entire nation. In other words, the commitment to conceive, birth, and raise even a single child, despite the all-consuming darkness of slavery, reflected enough bravery, insight, and heroism to be held responsible for the entirety of the nation.

All this redemptive thinking and activity does not show up on the surface level of the verse. Nor does it appear in bold strokes throughout the rest of chapter or the ones to follow. Yes, here and there, individual heroes emerge who grow the seeds of redemption: the midwives, Moses’ sister, and his mother. All of them embrace the narrative of life — God’s narrative, embraced and facilitated by the women — which runs counter to Pharoah’s death narrative. But in large measure, the masses of Israelites — women and men — are quiet in these chapters, only heard from when they sigh from pain or complain to Moses for his interventions.

It would not be wrong, as the Haggadah encourages, to read this story as an account of God’s grace and might, who single-handedly brought the people from slavery to freedom. Nor would it be a misreading to consider the Exodus narrative as the story of a remarkable leader, Moses, who managed to rescue an unredeemable people from the throes of slavery and transform them into a free people. But the Midrash’s invitation to recover the suppressed narrative beneath the verses allows us to welcome the possibility that ordinary people, doing regular human activities, might have played an extraordinary role in imagining and helping to shape a redeemed existence. When it comes to generating a long-term vision — and aligning our people with a higher purpose — we cannot over-rely on our leaders. All hands must be on deck.

About the Author
Dr. Tammy Jacobowitz is the chair of the Tanakh department at the SAR High School in Riverdale, NY, and is the founding director of Makom Ba'Siach at SAR, an immersive adult education program for parents. She has taught Bible for the Wexner Heritage program, and she is also an adjunct faculty member of Yeshivat Chovevei Torah, where she teaches the Pedagogy of Tanakh. Tammy received her BA in English Literature from the University of Pennsylvania, is a graduate of the Drisha Institute's Scholars Circle, and completed her PhD in Midrash at the University of Pennsylania in 2010 as a Wexner Graduate fellow. Dr. Jacobowitz is currently at work on a parsha book, geared towards parents reading to young children. She lives in Teaneck, NJ, with her husband, Ronnie Perelis, and their four children.
Related Topics
Related Posts
Comments