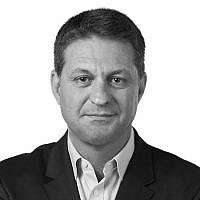 The Blogs
Haim Bibas
Apply for a Blog
Please note that the posts on The Blogs are contributed by third parties. The opinions, facts and any media content in them are presented solely by the authors, and neither The Times of Israel nor its partners assume any responsibility for them. Please contact us in case of abuse. In case of abuse,
Report this post. 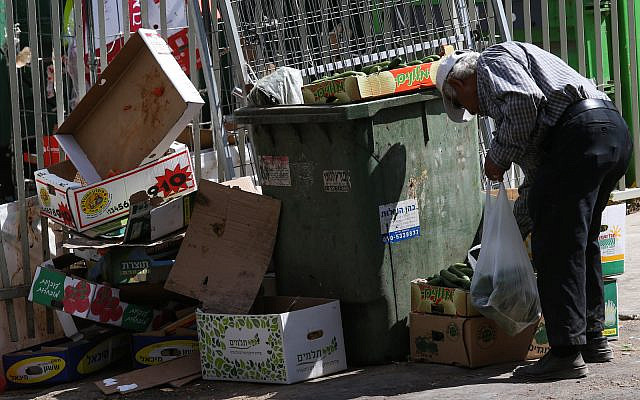 Illustrative: An elderly man searches among the garbage near the food market in the central Israeli city of Petah Tikva, June 24, 2015. (Nati Shohat/FLASH90)

For those looking from afar with a rose-tinted gaze, the State of Israel is a well-oiled machine. Even from within Israel, not all citizens feel the burden of the budget crisis, as paltry sums are doled out at whim, special projects are cut and the upcoming third elections are nearly upon us. At least, they don’t feel it all the time. But those who do know a little, know that the government chaos has brought about an almost complete paralysis of the critical systems. Israel’s most vulnerable citizens are paying the price. It is entirely plausible that Israel will be forced to endure a fourth round of elections, and if that happens, and no government is formed, the harm to civilians will be severe, immediate, and painful.

This paralysis is caused because the government’s most important tool, the 2020 budget, simply doesn’t exist. By law, when the government fails to approve a budget in the Knesset, the ministries work with the same budget of the previous year, including that year’s adjustment for cost of living. Last year the index was only 0.6%. This means that the budget is lagging behind the increasing population and the rise in GDP which even last year was not enough to provide citizens with the services they need. The gap is about 20 billion shekels.

The reason most civilians are not yet feeling the repercussions is because the local authorities are picking up the slack. In the void of a centralized government, municipalities have taken on the responsibility – and with extraordinary success. Businesses continue to run, the streets are safe and clean, and traffic flows – or rather crawls – as usual.

The problem is that the system is also eroding. Many civil services operated by local authorities rely on government budgeting, which was cut in 2020. The ramifications are greatest for Israel’s weakest families, who are the first to be harmed. From family violence prevention centers, daycare centers for people with disabilities, treatment and support for minors who have been sexually abused, children, especially those at-risk, women involved in the sex trade, and ultra-Orthodox youth who are disconnected from their families. You’ve never heard of the victims of the budget crisis, but their suffering is real.

We lack tens of thousands of classrooms and I cannot guarantee the residents in my constituency that their children will be able to start the school year in a classroom and not in a trailer. The employment of thousands of workers is precarious, due to a widespread cut in the budgets of the “City Without Violence” programs, which will no longer be able to provide training for violence, drug and alcohol abuse prevention. The list of projects and services that will be hit goes on. These projects will not only be compromised. If we do not continue to build critical infrastructure and ensure service continuity, we will lose the money already invested in the development of municipal services and infrastructure.

But there is a solution. The political system in Israel is problematic and does not work for the benefit of the citizen. We shouldn’t have to pay for the fact that our leaders are unable to get along. The key to this maze must lie with the local government. By decentralizing power and transferring responsibilities to municipalities and local authorities, we can ensure continuity, stability and targeted services for our citizens. The mayors know their residents and understand their needs, they can use resources for the benefit of their residents far better than any politician or official. Local authorities must be empowered and given the jurisdiction before the political paralysis deepens, so that the machine can keep going and Israel’s citizens won’t have to pay such a heavy price.

About the Author
Haim Bibas is the Mayor of the City of Modi'in Maccabim-Reut. (Author photo by Reuven Kapuchinski)
Related Topics
Related Posts
Comments