So, it’s three days since I walked on Tchernicovsky Street, heading north past Meir Park,  and I’m wondering about the car. I didn’t read about it in the papers, or see any TV coverage, but that doesn’t mean much, because I don’t read all of the papers, or watch every news show. It would be easy for me to miss a local story like that.  No big deal.

Lo and behold, I find the car is in the same place, parked like all of the others, waiting for its owner to come get it. 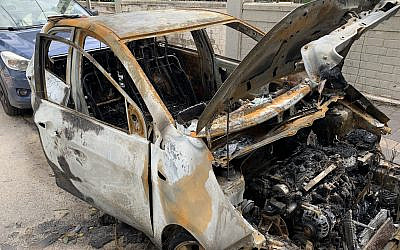 Why’s the poor thing still there?  I mean, come on. Ours may not be the fanciest address in Tel Aviv, but it’s a respectable neighborhood. There’s a high school across the street and four kindergartens a hop, skip, and a jump away.

Moshe, the security guard at the high school, reports that there was an early-morning accident. One of the drivers had her car towed away, the other didn’t. 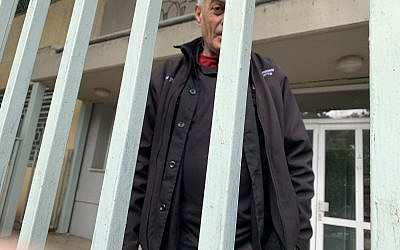 He called the municipality and was told the city will allow the vehicle to stay where it is for 45 days before they haul it away.  That’s right: 45 days. That’s the law.

One might call it merciful. Perhaps the second driver was in shock. Now she might be recovering in the hospital. That said, if you look at the pictures Moshe took after the fact, you’ll notice that the second driver’s car was not burned-out when the accident happened. 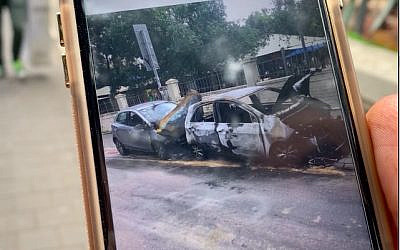 The torching  came after the fact. So, while the law may promote patience and understanding, some might say we have a plaything for vandals here. 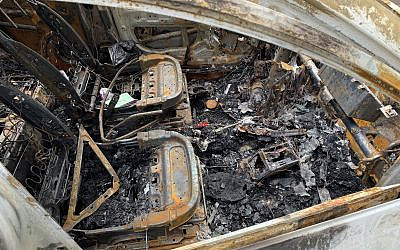 I prefer to think of the charred hulk as an educational tool, offering a small taste of what it means to live in a neglected neighborhood. I also appreciate it as an art installation.

That owner’s manual atop the scorched roof?  Creatively, ironic. The Hamsa? Spiritually uplifting. 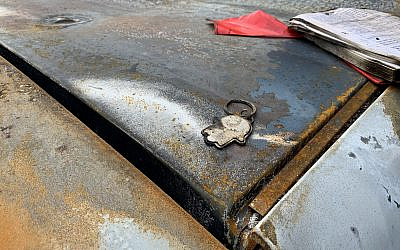 Here’s hoping the amulet brought its owner good fortune at the time of the accident and that she will be to move her car soon.

In the meantime, perhaps some young artists will spray paint the charred hulk with vibrant colors, and people will organize a pop-up museum around it.  How about a block party celebrating community renewal?

If you’d like me to document the continuing story of the burnt-car, drop me a few words in the comment section. I’m willing. This is a good project to keep me distracted as Israel’s third parliamentary election approaches.

About the Author
Born in New Jersey, Marc Kornblatt worked as an actor, playwright, journalist, and children's book author in New York City, before moving to Wisconsin where he taught elementary school. He began filming music videos with his students, which led to the founding of his indie production company Refuge Films. He has produced several Israel-based documentaries and the award-winning web series, ROCK REGGA. He and his wife made Aliyah in 2019 and now live in Tel Aviv. He recently completed OLEH HADASH, a web series documenting his experience as a new citizen of Israel.
Related Topics
Related Posts
Comments