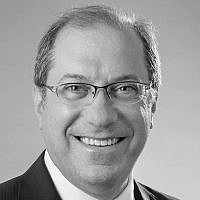 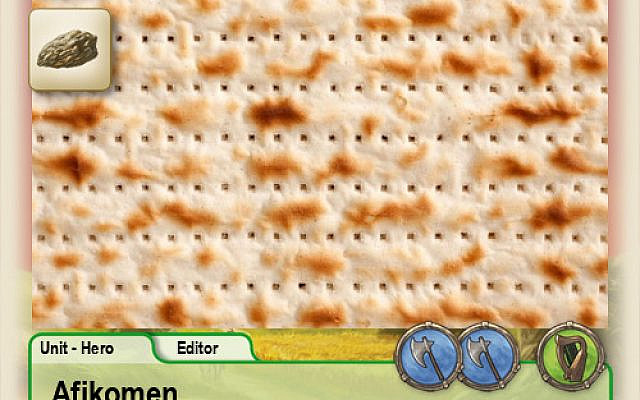 Afikomen is worth 2 Points (Courtesy)

We enjoy playing the game Settlers of Catan as much as most people and for this Passover holiday, I wondered if we can fit the Haggadah into the game, in some way shape, or form.

As it turns out, I am not the first to think of this, I found a link to an Australian Jewish site called Shalom, where the Director of Programs created a game called Pyramids of Catan a few years ago. 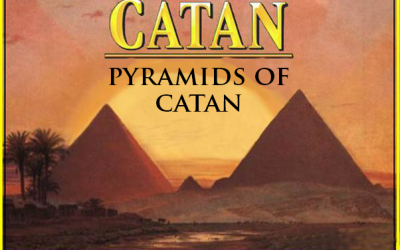 (Pyramid graphic from the Shalom site)

The website links however do not seem to work so this may have been wiped away by the Catan robber.

When your kids are grown up, well the thirteen-year-old says she is grown up, the seder loses some of the energy and fun it had in previous years.

But it doesn’t have to be that way! We could bring it into modern times, well, to Catan times which would be a debatable discussion about modernism.

For everyone in need of a new idea or just for fun at your seder, read on.

Catan, for those that do not know about it, is a game about bartering goods and building communities out of basic elements like wood, brick, wheat, ore, and the infamous sheep. In order to win the game, one must become the ruler of the province by amassing wealth (points).

You see where I am going with this right?

Just like the Jewish people who left Egypt on that great day a few millennia ago, the journey in Catan starts with the luck of the dice, which parallels the on-again, off-again, bipolar disorder that Pharoah had thanks to Hashem playing with his mind.

The board looks like a seder plate, well one with 20 odd items on it, but includes saltwater seaports, desert territory, and blocked boundaries for players to traverse in a similar form to the wandering in the desert.

Each person present then proceeds to select a territory based on the location of the 5 ingredients as spread out across the board.

One begins to understand how Lot chose which way to go and why Abraham said he would work with what was left him.

This also provides insight into the two and a half tribes that wanted to stay on the other side of the Jordan river, for their flocks. You see, those infamous sheep have a deep history within Judaism and indeed in Catan as well.

Even Amelek shows up in Catan. Yes they do, that is the player on your right who is chasing you away from the elements you need to live. When we say שפוך חמתך who do you think we mean?

Once you selected your basic locations you then need to start building a connection between your settlements.

It is a real shame grapes are not part of Catan, this would be easier, but for now, let us stick to what we have at hand.

The four questions in Catan can be summed up as “Do you have any X?” “Does anyone want to trade X for Y?” “Previously you did not have X, do you have it now?” and finally, “Who wants X?”

The answers to these questions change over time, unlike our tradition that says the same answer every year. But what changes in us, every year, is how we view the answers.

The early part of the seder is about getting prepared to discuss our history and includes some basic appetizers to whet the appetite and keep the kids, okay, adults, sustained while we drink two glasses of wine and cover most of the book of Exodus. Seriously Catan really needed to include grapes because after a long day of building a new world you need a drink.

In the early part of Catan, one is doing the best one can with what one has in their hand. Sometimes you have wheat and sheep, sometimes wood because that is how everything starts, with basic items that can be cultivated to produce even more benefit, given the right environment. When Bnei Yisrael left Egypt they also had the basics and those got them through the desert over 40 years, with Hashem’s help of manna and water, thanks to Miriam the prophetess.

At this point, you reach the moment of the four children, which corresponds to your thinking about your fellow players and their goals, while trying to determine your own.

Are you as smart as you think?

Are they as mean as can be to not trade with you?

Do you have a simple task in mind, or outright have no idea what to do next?

The answers come from your fellow players, sometimes funny, sometimes mean, and sometimes your questions get questions back in return.

There are no 10 plagues in Catan, but there are feast or famine times when everyone benefits or everyone has no gains or loses items. Think about it, in a simple village, harsh weather alone would destroy everything and everyone. But there is no disaster mode option in Catan, although you can play with the Easter Bunny or Santa Claus which act as secondary Robbers/benefits. Catan progresses, in incremental ways, as does Judaism, albeit in slower ways.

Just like when Hashem hardened Pharoah’s heart, in Catan a player can impose their will on another player, through a Development card(can be used for good or for bad purposes) or by moving the Robber(this prevents you from gaining the fruits of your labor, just as no matter how much the children of Israel worked, Pharoah took all their fruits and made them do more work).

If seder is about retelling our story of leaving Egypt and that we need to discuss 3 main items, namely Matza (wheat), Pesach (sheep), and Maror (going to stretch this one into bricks, you know mortar, break our backs to make them and our lives miserable) we basically can make it work. Imagination, for the kids, you know?

And for those keeping score, no one wants your stinking sheep! Except to shecht and post the blood on the door frame so the Angel of Death(why is it an angel?) can pass over your house, but for the kids reading we will leave out the gory details.

Every seder Eliyahu Hanavi visits and with the help of The Longest Road in Catan, he can get to where he needs to most efficiently. 2 points for you if share the card with Eliyahu.

There are prayers built into the Haggadah and for sure players are praying for help. As the game draws to a close, you can hear the players praying for things like “if I can just get some wheat and ore, it would be enough”! Or the classic “Who has one wheat? I have one wheat”.

At the end of the seder, we say Next Year in Jerusalem which is the Jewish way of saying we will keep building and growing until we win, and then we will do this all over again until the Moshiach comes.

There you have it folks, a whole new way to look at the seder, the Haggadah, Catan, the Jewish world, and Torah personalities. 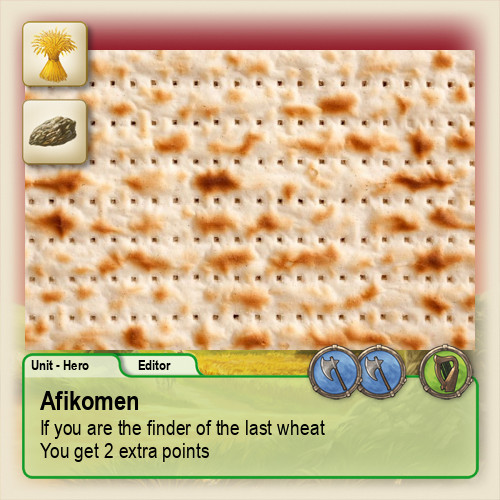 Chag Sameach! Print this and save it for your kids at seder!