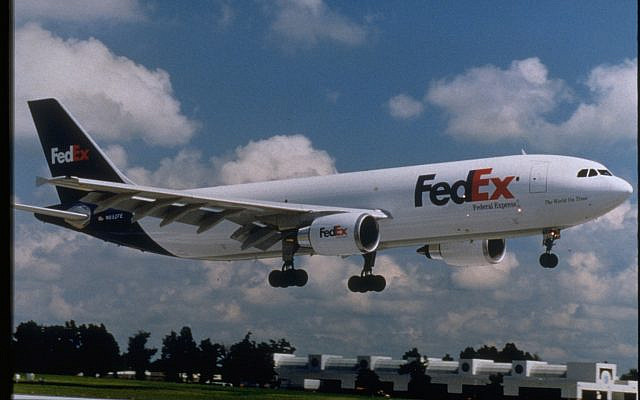 When I first moved to Israel 45 years ago, the only economical way to send packages in the country were the “Package Services” run by the Sherut companies between major cities. If you wanted to send a package from Jerusalem to Tel Aviv, you would go to downtown Jerusalem and send it through one of the companies, and your recipient would go to their office in Tel Aviv to pick it up. Twenty-Five years ago, I ran a consumer-facing business where we tried to service customers outside Jerusalem. Back then, I thought if only UPS operated in Israel, it would transform business in the country. For many years I had a web-based consumer physical goods business in the US. Every day at 4 PM my local UPS man would show up, and I would know that every package that was within 200 miles would arrive the next day guaranteed, and the further from New York the time would increase, all for little money. I could also ship via priority mail for  $4; and my package would arrive within three days anywhere in the US. All of this without talking about other options that, for more money, could get my package delivered anywhere in the US by as early as 9 AM.

Well, I received my wish… sort of. Today the brown-colored UPS trucks can be seen in Tel Aviv, and their delivery personal are dressed just like their counterparts in the US. FedEx and DHL are also present, as is the Israeli post office. But other than their superficial colors, the Israeli versions of all these companies are hardly even a pale comparison to their foreign versions.

Receiving packages or even letters in Israel is a little like playing the roulette wheel in Las Vegas. Sometimes you win, and sometimes…..

Let’s start with the loses: the postal services’ ability to deliver the mail. Recently I sent an envelope from my nearby post office (they have removed all the mailboxes so you cannot mail a letter without going to the post office) to my accountant two miles away in Tel Aviv. It was not urgent, and the post office seems to have known that since it took over two weeks to make the journey. However, when it comes to receiving packages from the post office, the service is strangely erratic. It seems to work well for larger parcels with a delivery person coming to the house very soon after the package has arrived in the country. Smaller packages, which in the past you would pick up at the post office, have been outsourced to stores for pickup. In the case of the post office, you do not get to choose where you want to pick up the package. In my case, this past few months, the box had gone to a store about a mile from my apartment-(there are three post offices closer). This particular store is a home goods store. When you arrive, they direct you to go to the back of a cavernous store; there, you find an old staircase which you have to descend to a poorly lit basement, there you traverse until you come to a door, where you are efficiently given your package.

UPS, FedEx, and DHL all use similar services for small packages. And all have provided rich stories in the last few months. About six months ago we received notice that package had been delivered to an ice cream store about a 15-minute walk from our house. My wife went to pick it up, and when the proprietor said it was not there, she asked if she could look. He then said she was not being nice to him and would not look for the package. The next day, I went back, and the same person refused to talk to me, saying my wife was not nice and a few other choice words I will not repeat. He refused to give me the package; I, of course, complained to UPS. Their only solution two days later was to send a taxi to get the package and bring it for us. FedEx has generally been efficient, even if they charge way too much to clear a package, but we had one very typical Israel story last year.

The only thing our family still brings from the US after being back in Israel for the last ten years is Kellogs Corn Flake Crumbs, a key ingredient in my wife’s Schnitzel recipe. In the pre-COVID era, that was never a problem as there were always people coming and going from the US and Israel. Due to the pandemic, we ran out, and as it was not an item that Amazon ships to Israel, my son, to whom the Schnitzel is special, took it on himself to order 12 boxes from Walmart and have them shipped FedEx to Israel. Unfortunately, we did not know that under the rules of the Ministry of Health, one cannot import more than 5 kilos of a particular food item. Even though several people told us that this rule is never enforced, FedEx refused to clear the package. Its only solution was to break up the parcel into two. We said fine, but they said they could not do it; we would have to come to the airport, pay to receive the forms from the Tel Aviv Commerce Office, and then physically break up the shipment and pick it up. In short, after spending 4 hours at Ben Gurion airport, we left with 8 of the 12 packages.

Two weeks ago we ordered a Kindle from Amazon and paid for expedited delivery. DHL handles those deliveries. We tracked the package, and on Saturday night, it was cleared from customs. I had been asked where I wanted the package delivered, and their website pushed me to select a location. The nearest was about a kilometer from our apartment, so I picked it, and the site confirmed it would be delivered there. The DHL tracking site listed that it  would be delivered on Sunday; the day passed, and not a word from DHL on the delivery of the Kindle. The next day in the morning, I called them. The agent told me I had made a mistake specifying delivery to one of their storefront locations since that takes longer. I asked her why their website pushes you to pick an alternative delivery? The only answer I received was that I should have chosen “other delivery options”on their site. In the meantime, DHL had handed the delivery off to a subcontractor that did not work on the day before a holiday. The agent said hopefully, the package scheduled to be delivered on Sunday would be delivered to the store on Thursday, it was.

Now for the wins in Israeli delivery. When you order from Amazon and choose the slower speed, it almost always arrives much quicker than promised. They generally use a a global delivery service which  gives you many options for delivery; two are within a block of my apartment. The other service that works is FedEx and UPS delivery of overnight letters. Every time a bank in the US has sent me a credit card, it has arrived in 3-4 days from the US.

On a final good note, everyone in Tel Aviv knows the Wolt delivery service. The service allows you to order from hundreds of restaurants (and other food services) in Tel Aviv and usually receive delivery within 30 minutes. If only the established delivery services knew how to provide that level of service. Of course, even Wolt has its disadvantage, mainly delivery people that are in such a rush to make the delivery that they ignore traffic rules.

Israel’s economic success is clearly tied to the ability of Israel’s companies to innovate. When it comes to delivery, we could use a little less innovation and a return to basics. When a package is shipped to an address it should be delivered to that address, and only that address.