The Blogs
Richard Shavei-Tzion
Carpe Diem
Apply for a Blog
Advertisement
Please note that the posts on The Blogs are contributed by third parties. The opinions, facts and any media content in them are presented solely by the authors, and neither The Times of Israel nor its partners assume any responsibility for them. Please contact us in case of abuse. In case of abuse,
Report this post. 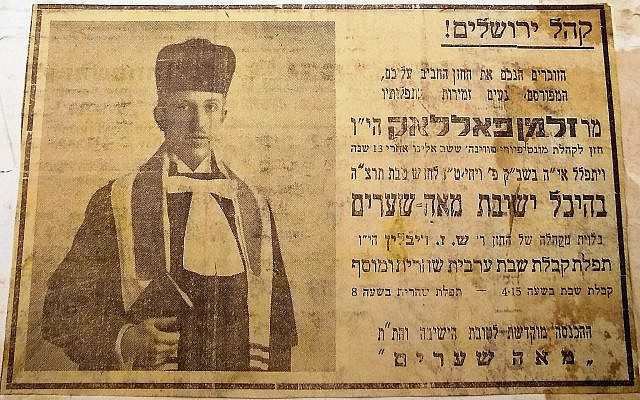 Courtesy of the music archives at the National Library

A couple of regular folks are walking down a Jerusalem street one balmy evening in the 1990’s, when they notice a number of abandoned cartons on the sidewalk, undoubtedly on their way to the municipal garbage dump. Their interest piqued, they look inside and to their great surprise they find hundreds of original handwritten sheets of musical notes, each signed, “Rights reserved by Zalman Pollack.” There are also old photographs as well as other memorabilia. Understanding that these documents may have great value, they take them to Israel’s National Library situated on the Givat Ram Campus of the Hebrew University. These kindly folks have just saved a unique musical jewel from destruction. 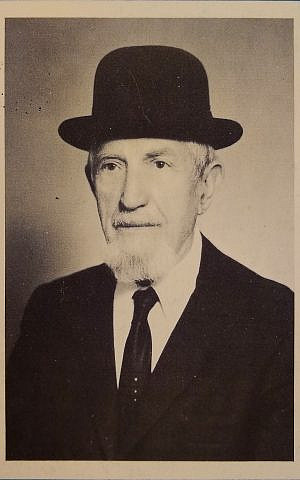 This year marks the 120th anniversary of the birth of Zalman Pollack, an unusual man who lived a somewhat tragic life. He was born in Ptrovo Selo in Yugoslavia, (now Croatia), a city that was well known for its abundance of competent cantors. His early years were characterized by the roaming of a Jewish nomad. In 1919 he made aliyah with his mother but was injured in the Arab riots of 1921. In 1922, despite being offered a cantorial position in the synagogue of Rishon LeZion, he returned to Europe. There he continued his studies and then served as cantor in Sarajevo and Vienna from 1926, finally returning to Israel in 1934, where he lived until he passed away in 1985, aged 84.

From 1934 to the end of the 1940’s Pollack flourished as a well-known cantor in Eretz Yisrael, appearing in shuls around the country. Unfortunately there are no known recordings of Pollack at the height of his cantorial career. He was among the founders of Israel’s Cantor’s Association in 1937, remaining active in the organization for many years. At the age of 47 he married Margalit Agassi. The couple remained childless.

Then quite tragically around 1949, for reasons unknown, probably as a result of a medical condition, his voice cracked and he could no longer sing except in an indistinct high pitched voice. Zalman Pollack had lost the tool of his art – his voice, permanently. 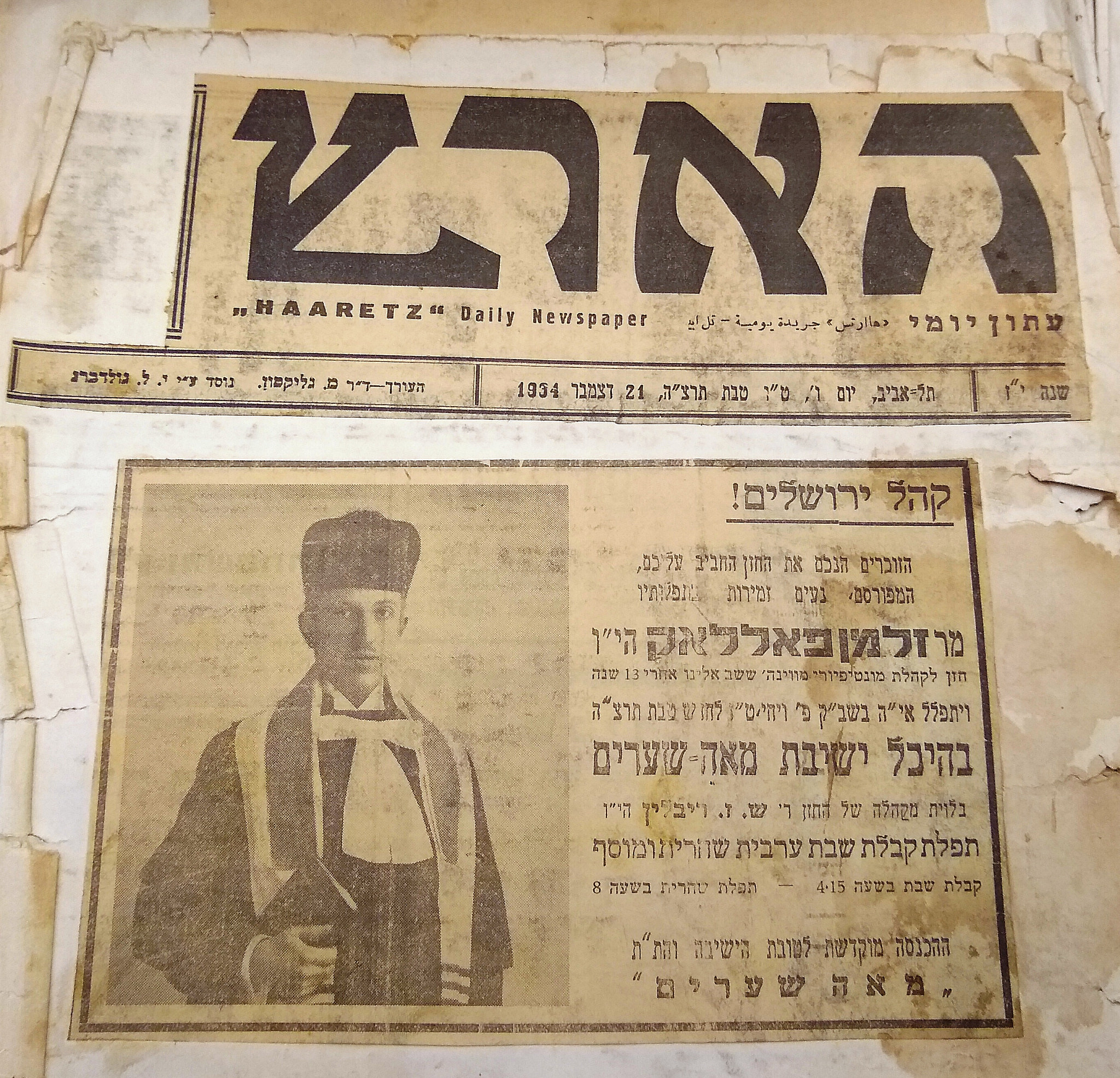 For the rest of his life, he devoted his energies to notating music, both traditional modes and his own compositions, and educating budding cantors and Ba’alei Tefillah, in Jerusalem and Tel Aviv. Using his manuscripts, as well as recordings of himself singing (in falsetto voice) the entire Nussach, he founded a one-man school, which he named after King David, the “sweet singer of Israel.” He operated classes for beginners as well as for advanced students, and wrote different versions of tunes, those appropriate for expert cantors and simpler ones for amateur practitioners. His graduates can be heard to this day, singing in Shuls around the Ashkenazi world. Amongst his noted pupils were cantors Dudu Fisher, Binyamin Muller, Asher Hainowitz and Yehoshua Lerrer.

One of his students, Gabi Lindenberg, describes lessons at Pollack’s home on Harlap Street in Jerusalem in the 1960’s. “He was an extremely modest man and charged a lowly fee for his services. His wife who was a sickly woman would serve tea and cookies. As he could not sing, he would play tapes that he had recorded, in his barely audible raspy voice and give me verbal instructions and comments. He demanded a high level from his students. He cared for them deeply and being childless, saw in them a chain of continuity, the bearers of his legacy.”

Contemporary to Pollack’s teaching career, other cantorial schools led by Shlomo Zalman Rivlin, Shlomo Ravitz and Leibele Glantz were operating. These men had the big advantage of being active cantors and were better connected to specific synagogues or institutions. It is therefore poignant to read Pollack’s self-written “PR” notices, alongside many newspaper clippings he collected, attesting to his previous greatness as a chazzan and proponent of nussach. And indeed, he attracted many students. Yet despite this he lived in relative poverty. This probably explains why he desperately tried to prevent the pirated use of his precious materials without due remuneration. He never fulfilled his aspiration of publishing his works. 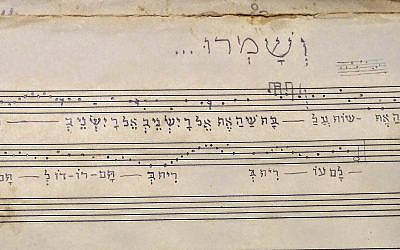 Researching Pollack’s material at the library, the late Binyamin Glickman, cantor, choir master and educator, attempted to produce a volume of Pollack’s musical notations for the shabbat services. One of the challenges he faced was the fact that often, Pollack wrote the notes but omitted the staves (the “sticks”) which indicate the length of each note. Any musician will tell you that without the staves, you cannot fathom the rhythm of the piece.

But it turns out that another little miracle had occurred. As a youngster, Johannesburg native Rafi Barnett, a superb Ba’al Tefillah, had first been invited to serve a community over the High Holidays in 1974. He asked the noted cantor Binyamin Muller of Antwerp, officiating at the time in Johannesburg, for his advice as to the appropriate melodies. Muller told Rafi that he had been a pupil of Zalman Pollack and had in his possession, extremely rare recordings. Those precious recordings of that barely audible high pitched voice, actualized the copious written notes that Pollack transcribed by hand. In fact at least 13 hours(!) of recordings have subsequently been found.

Years later, Barnett, now living in Jerusalem chanced upon Lindenberg who had recordings of himself singing under Pollack’s instruction. Together they approached Dr. Amalia Kedem, a musicologist and cataloger of the music archives at the National Library, who had been already deeply involved in sorting Pollack’s manuscripts and collecting his recordings. And so it was that the written notations found on the street and vocal renditions which emerged in South Africa were unified to complete the puzzle of Pollack’s music. 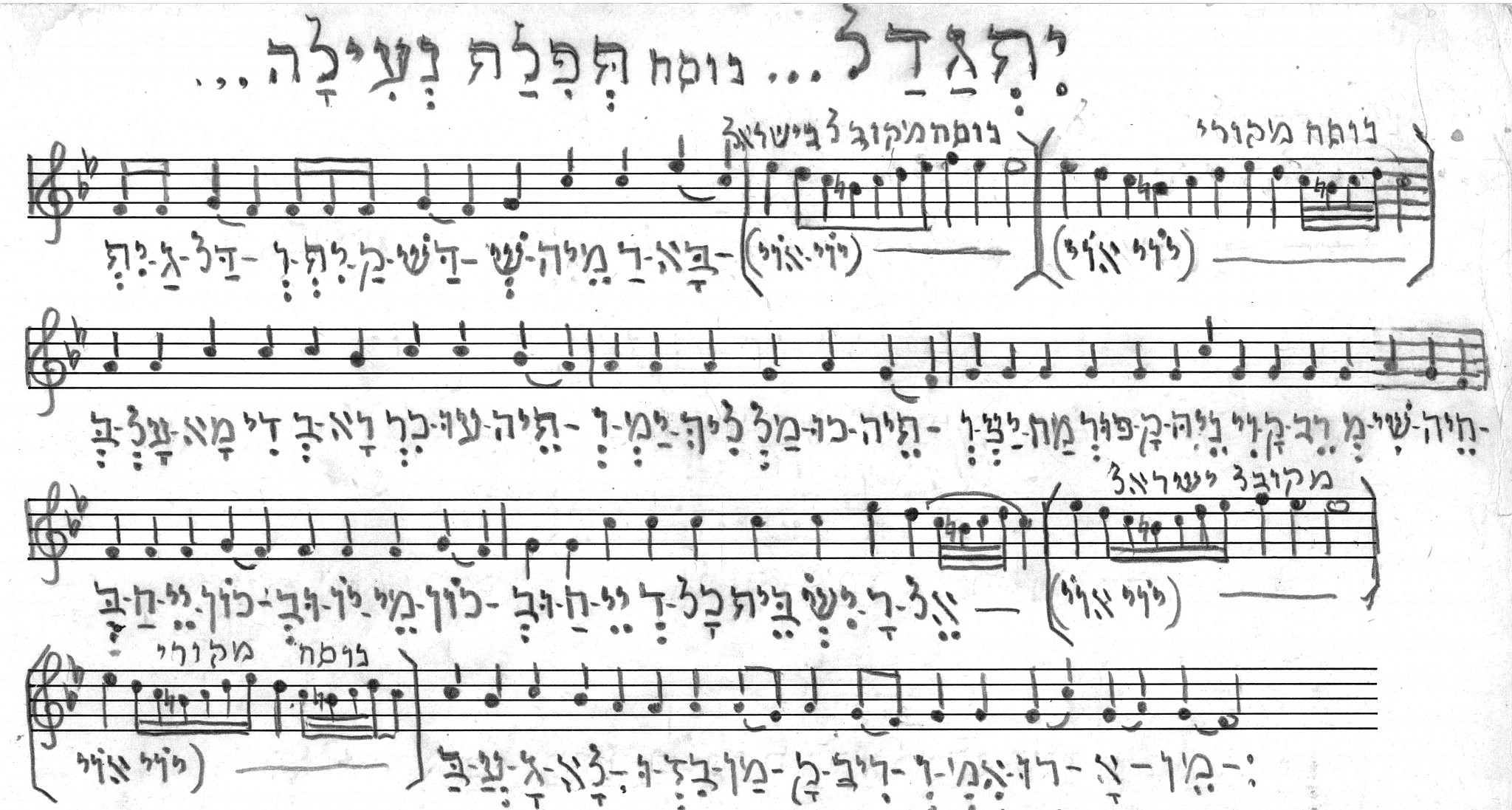 Pollack possessed a deep knowledge of the nuances of customs of various European communities, thus for example notating the similar but different tunes for the High Holidays of the “Eastern European” and “Hungarian” traditions. His archive is therefore an invaluable, historical testimony of a tradition destroyed in the flames of the Holocaust. He also notated the nussachim prevalent in Israel, providing important input regarding the scarcely documented oral tradition of Ashkenazi synagogue music in the Yishuv and early years of Israeli Statehood.

His contribution to the rebuilding of the European cantorial traditions in Israel may have remained relatively anonymous but thanks to the efforts of Amalia Kedem and the National Library it is secure and his treasure trove is available on the library’s website. He may not have left children, but Zalman Pollack’s students continue to give voice to his musical legacy.

Lindenberg remembers Pollack saying, “Classical music is pleasant to the ear, but chazzanut is pleasing to the soul.” 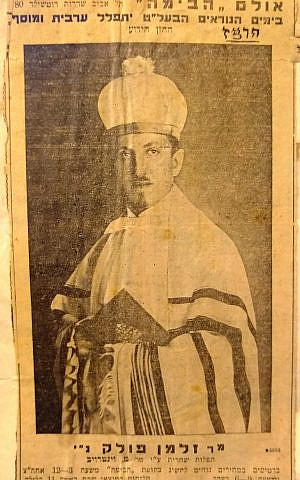 All scanned images courtesy of the music archives at the National Library. The author thanks Amalia Kedem for her kindness.