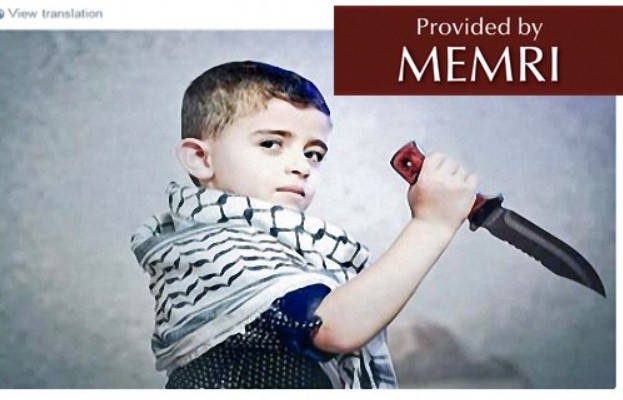 In the spring of 1212, a young shepherd boy named Nicholas of Cologne preached that he had received inspiration to lead children on a crusade to free the Holy Land from Muslim infidels. Flocks of young people joined him in his trek south to the Mediterranean coast to lead what would be known as the Children’s Crusade. Thousands died of starvation along the way and those that set sail for the Holy Land were diverted to Egypt and sold into slavery.

But in the later lore of Western Europe, the Children’s Crusade attained a romantic aura as history’s first youth movement. Even if utterly misguided, these were ideologically driven youngsters, acting out of the purity of their innocent souls.

A similar dynamic is playing itself out now in Palestinian society. The iconography of Palestinian resistance features two contrasting images. The first is the muscle-bound fighter with ski-mask brandishing an assault rifle. He represents the Palestinian aspiration for dominance and power. But he requires a contrasting image alongside his own. Palestinian fighters have actually accomplished very little. And so, a complementary image must be adopted that is more in line with reality: that of the youth with slingshot. The image is an appropriation of the figure of David against Goliath. It champions not muscle, but rather the embodiment of the Palestinian spirit in a younger, weaker body. It implicitly champions the strength of spirit against overwhelming odds.

In previous times, the ultimate symbol of the Palestinian anti-hero was the blind and crippled Hamas founder Sheikh Ahmad Yassin. US president Franklin Delano Roosevelt was crippled by polio and could not walk during the entire length of his twelve-year presidency. And yet, there are almost no photographs of him in a wheelchair. Roosevelt feared that such a picture would tarnish his image as a strong leader. By contrast, the ubiquitous images of Sheikh Yassin staring wildly while pushed in his wheelchair represented the perfect embodiment of the Palestinian struggle of the spirit against overwhelming odds.

During Operation Protective Edge, the image of the muscle-bound masked fighter was paramount, as he dodged through tunnels and fired off rockets. But that struggle was a catastrophe for the Palestinians. And so now, the pendulum of Palestinian iconography has swung in the other direction, and today, it celebrates the struggle of the spirit. Its new poster-boy is just that: a boy.

When a 14-year-old Palestinian plunges a knife into a Jewish neck it’s the perfect murder. No adult has acted and so one is really culpable. A romantic aura sets in claiming that children act out of honesty and innocence. Even if unforgivable, the child’s action is seen as “natural.” And when photographs detail his arrest, it is truly hard to tell the victim from the criminal.

In the current Palestinian ethos of “the weak shall terrorize the earth,” it is no surprise that the attackers have represented a cross-section of the weaker elements of Palestinian society. For it has not been teenage boys alone who have gone on stabbing sprees. An unprecedented (dare one say “disproportionate”) number of Palestinian girls have also made their way to Jews with knives in hand. The latest trend is for teens to stab in pairs. Last November, a 72-year-old Palestinian woman in Hebron was shot as she tried to ram a car into an IDF checkpoint. But only in the sickest video games do you get points for killing Grandma. If such a weak and marginal person could rise to such heroic strengths, surely her cause must be just. Plight makes right. 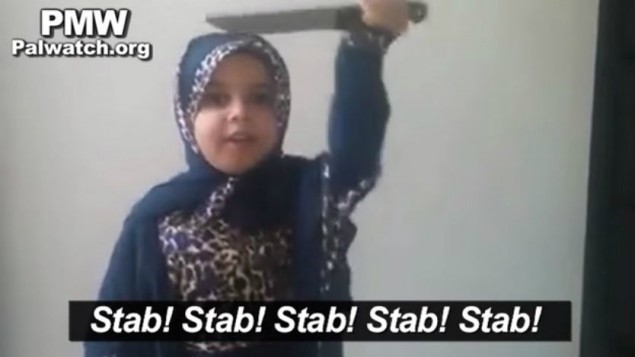 All this explains why even as so many of the attackers have been children, very few Jewish children are counted among their victims. Attackers reveal in interrogation that they deliberately do not target children or the elderly. Murderers shot dead Rabbi Eitam and Naama Henkin in the front seats of their car, but laid not a hand on the children in the back seat. This does not earn these criminals citation as the righteous among the jihadis. But taken together these actions point to the reigning ethos: a struggle of the weak can only be perpetrated against the strong. When muscular terrorists act they are free to target children — witness the attack on the school in Maalot in 1974, and the suicide bus bombings here 15-20 years ago, where the victims were often children on their way to school. But when the weak act their appropriation of the heroic status of the weak can only be maintained if their victims represent power.

In the Children’s Crusade of 1212, the faithful set forth convinced that their spirit alone would achieve their results and they went entirely unarmed. Modern youth movements have similarly idolized the spirit of the young, the innocent aim to change the world through a crusade of peace. But in this season, the flower child has given way to the dagger child — the perfect embodiment of Palestinian youth, idealism, weakness and death.