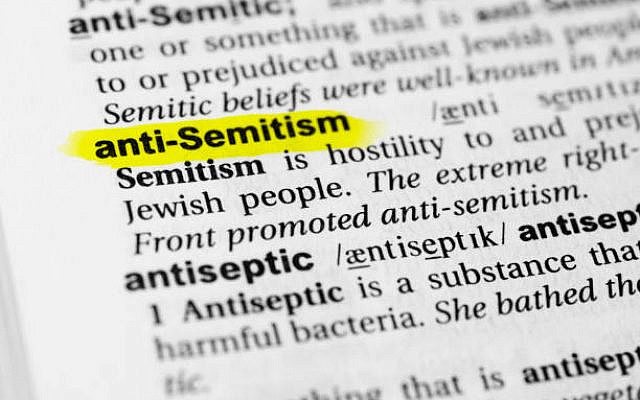 Against the backdrop of last month’s Hamas rocket attacks toward Israel, antisemitic incidents surged across the United States and around the world. We need to ask why this is so.

For starters, Hamas itself foments hatred of Jews, both Israeli and non-Israeli.  Antisemitism is hard-wired into its very existence. Its manifesto calls for the destruction of the only Jewish state – because it is the Jewish state – and its leaders call for murder of Jews. When Hamas says it is “defending” Jerusalem and the Moslem holy sites, its target is “the Jews.”

But it’s certainly more than that. While antisemitism has been on the rise overall, the extreme rhetoric aimed at Israel, echoed and promoted by certain members of Congress attempting to demonize Israel, clearly stoked hatred against Jews. There is a direct link between the explosion of hateful rhetoric toward Israel and the uptick in antisemitism.  Attacking Jews in their homes in Israel, on the streets of New York and in their places of worship in Alaska are all acts of antisemitism, and all should be condemned.

During the recent attacks on Israel, instead of denouncing terrorism, the small but vocal chorus of voices in Congress took every opportunity to vilify and blame Israel. This band of Israel bashers includes Representatives Rashida Tlaib, Cori Bush, Jamaal Bowman, Mark Pocan, Ilhan Omar, Alexandria Ocasio-Cortez, and Betty McCollum. Their attacks spread like wildfire across social media.  They not only undermined Israel’s right to defend its own citizens from rocket fire, but also provided cover for a terrorist group by spreading misinformation and loaded accusations.  Rep. Ocasio-Cortez and Senator Bernie Sanders tried to use the conflict, a time of great need for America’s closest ally, to advance their agenda of restricting or eliminating aid to Israel.  Fortunately, their resolutions went nowhere, but simply making the attempt served to embolden Israel’s enemies – like Hamas, Iran, and Hezbollah – and de-legitimize the Jewish state.  They argue you can undermine Israel and give comfort to its enemies but still be against antisemitism. This reality is, however, that you can’t.

This inflammatory rhetoric that demonizes and delegitimizes Israel isn’t only false, but poses grave real-world consequences for Jews all around the world, including here in the United States. False claims of Israeli genocide, terrorism, apartheid, crimes against humanity and ethnic cleansing were deployed for their shock value, but the result was more hatred of Jews.  Preliminary data released by the Anti-Defamation League (ADL) found that antisemitic incidents rose by 75 percent during the two weeks of military conflict between Israel and Hamas, when compared to the two weeks before the fighting began – Jewish diners in Los Angeles physically assaulted, Jewish and pro-Israel protesters in New York City attacked by fireworks thrown into the crowd, Nazi symbols and imagery posted onto an Alaskan synagogue. The ADL also found more than 17,000 tweets that used a variation of the phrase “Hitler was right” following the outbreak of the rocket attacks.

Hamas not only wants to destroy Israel and kill Jews; Hamas abuses its own people, represses members of the LGBTQ+ community, tortures and kills its political opponents, and denies religious and political freedom to Palestinians.  As in past conflicts, Hamas uses its own civilians as human shields, firing from densely populated areas and interferes with Israeli efforts to reduce civilian casualties.  How can anyone concerned about human rights defend or make excuses for Hamas?

Fortunately, the vast majority of members of Congress – both Republicans and Democrats – continue to stand in solidarity with Israel and condemn the dangerous rhetoric from the small but vocal “Blame Israel Caucus.”  Their positions will bring neither peace nor human rights to the region.

Both the House and the Senate have taken bipartisan action to address the rising antisemitism. A bipartisan group of House members, led by Reps. Ted Deutch (D-FL), Grace Meng (D-NY), Brian Fitzpatrick (R-PA) and Chris Smith (R-NJ) sent President Biden a letter, urging his Administration to “develop a strategy to combat antisemitic hate crimes,” while Senators Jacky Rosen (D-NV) and James Lankford (R-OK) – along with 56 of their Democratic and Republican colleagues – introduced a resolution condemning recent antisemitic incidents in the United States and around the world. Four Democratic Representatives – Josh Gottheimer, Elaine Luria, Kathy Manning, and Dean Phillips – sent a separate letter to President Biden, in which they called out and rejected the “reckless, irresponsible antisemitic rhetoric” coming from a select few elected officials in Congress.

While these letters and resolutions are important steps taken toward combatting antisemitism, more must be done to combat the legitimization of antisemitism. Rep. Ritchie Torres, one of the strongest, progressive pro-Israel voices in Congress, powerfully stated: “Israel is under siege not only from relentless rocket fire at the hands of Hamas but also from an endless propaganda war that has taken on a new intensity here in the United States and elsewhere… What is under siege is not only Israel.  What is under siege is the truth itself.”

Rep. Torres is right. We must continue to speak the truth and debunk the false and dangerous claims from anti-Israel advocates. We must make sure people understand that Hamas’ official charter calls for the annihilation of Israel and the genocide of all Jews, and that Hamas’s tactics of inciting violence, attacking Israeli civilians and then using its own people as human shields to stoke a chorus of international outrage is deliberate.

It’s a simple truth: demonizing Israel promotes antisemitism and attacks against Jews – in Israel and around the world.  We need more truth in the fight against antisemitism.

About the Author
Jeff Mendelsohn is the founding Executive Director of Pro-Israel America. Jeff brings years of legislative, political and organizational experience, having served as chief of staff for two Texas members of Congress for a dozen years. During his ten-plus years at AIPAC, Jeff launched and managed the AIPAC Outreach Program which successfully engaged non-Jewish constituencies, including Hispanics, African Americans, progressives, veterans and evangelical Christians in pro-Israel activism.
Related Topics
Related Posts
Comments
Advertisement