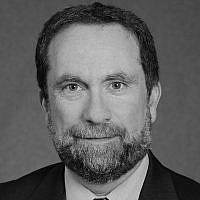 The Blogs
Robert Satloff
Apply for a Blog
Please note that the posts on The Blogs are contributed by third parties. The opinions, facts and any media content in them are presented solely by the authors, and neither The Times of Israel nor its partners assume any responsibility for them. Please contact us in case of abuse. In case of abuse,
Report this post.

Nearly 20 years ago, I moved with my family to live in Rabat, Morocco, and set out on a journey to find a way to talk with Arabs about the Holocaust — seriously, maturely and constructively. There is still a long way to go, but two decades later, I can report that this conversation is now flourishing, as discussion of the Holocaust in Arab societies has become increasingly vibrant, mainstream, and legitimate.

Traditionally, Western scholars and institutions enervated by the Holocaust denial and distortion regrettably common in Arab societies had two strategies to talk with Arabs about the Holocaust. One was to recount the faraway horror of the attempt by European fascists to exterminate European Jewry and expect Arabs to express compassion. The other was to recite long lists of outrageous statements by Arab leaders and public figures and expect Arabs to express remorse. Both may be necessary, but neither was very effective.

Several factors have combined to change this dynamic.

First, Arabs have seen mass atrocities up close and, in many quarters, they triggered revulsion. Whether it was Saddam’s gassing of the Kurds and devouring of Kuwait, the killing and burning of Darfur, or the barbarities of Assad’s Syria, the cumulative impact of serial inhumanity opened many Arab minds to engage in the global discussion of genocide awareness and prevention.

Second, historians finally began to tell the Arab story of the Holocaust, that is, the persecution of the hundreds of thousands of Jews who lived in those Arab lands that fell under the domination of Nazi Germany, Vichy France, or Fascist Italy – principally Morocco, Algeria, Tunisia and Libya — and the role Arabs played as perpetrators, bystanders and even rescuers. While my own small contribution was to research, write, speak, and make a film on this story, what has been especially gratifying is seeing an explosion of rigorous academic scholarship over the past decade on the Holocaust experience in the Arab world.

Third, shifting strategic dynamics in the Middle East — especially a common fear of a rapacious Iran, the shrinking resonance of the Palestinian issue, and the efforts by Democratic and Republican presidents alike to diminish America’s regional footprint and escape from the region’s conflicts — drove Arab states and Israel together. The result is that Israel now has full diplomatic relations with six Arab countries, whose collective population constitutes a majority of the Arab world, and working relationships with several others, making possible unprecedented human interaction between Arab and Israeli societies. One byproduct is that with contact comes understanding, and even empathy, for the Holocaust and the role it plays in Israel’s national narrative.

Fourth, key Arab states have stopped trying to protect themselves against the spread of Islamist extremism by accommodating the radicals and have shifted gears to confronting radicalism and embracing a strategy of religious tolerance and outreach to minorities. The time when Egyptian leaders did their best to coopt the Muslim Brotherhood and Saudi Arabia exported its own made-in-Riyadh extremism just to keep a step ahead of the real extremists has given way to the current Egyptian president attending Christmas mass and the Saudis quieting their arch-conservative imams and even hosting American evangelical leaders.

Across the region, this phenomenon has triggered a virtuous cycle of philo-Semitic steps by states not historically friendly to Jews or Judaism. This ranges from the government-financed renovation of long-neglected synagogues in Egypt to the government-approved opening of multiple Jewish communal institutions throughout the Gulf, with a special focus on the United Arab Emirates, which now boasts a cabinet-level “Ministry of Tolerance.”

Add these factors together and one result has been that discussion of the Holocaust has become more legitimate, while traditional statements of denial and distortion have become more unacceptable.

Morocco — home to the region’s largest Jewish community, a still tiny 3,000 – led the way, with King Mohammed VI’s historic 2009 statement calling the Holocaust “one of the most tragic chapters in modern history.” This followed Morocco’s 2008 signing of the first-ever archival sharing agreement between an Arab national library and the US Holocaust Memorial Museum. Since then, a Moroccan university held the Arab world’s inaugural Holocaust conference and an organization of young Moroccan Muslims, called Mimouna, was founded to preserve the heritage of the local Jewish community, including its experience during the Holocaust.

New Holocaust-related initiatives have more recently picked up steam. In 2018, the secretary-general of the Saudi-based Muslim World League – which exported the kingdom’s hateful, intolerant version of Islam around the world since the 1960s – issued a stunning declaration denouncing Holocaust denial, followed it up by visiting the Holocaust museum in Washington and then, in 2020, led a delegation of Muslim clerics on a pathbreaking pilgrimage to Auschwitz.

Late in 2020, an Emirati group called Sharaka – meaning, “Partnership” – took a group to Yad Vashem in Jerusalem, posting a moving video about their experience. On international Holocaust remembrance day in January 2021, the Bahraini foreign minister wrote his Israeli counterpart that the commemoration “stands as a solemn memorial to the victims of the Holocaust and an enduring reminder of the need to uphold our universal commitment to rejecting all forms of anti-Semitism.” Just this week, the new Association of Gulf Jewish Communities, headed by a Dubai-based rabbi, proudly advertised on Twitter its six-country Holocaust commemoration program. The list goes on.

Of course, advocates of denial and distortion have not disappeared. When the Tunisian national library agreed in 2018 to host a traveling USHMM exhibition on Nazi propaganda, a not-so-veiled reminder of how extremists can warp news and information to win converts and drown out debate, vigilantes garnered headlines for their success in temporarily shutting it down. But the real story was that the museum kept faith with the exhibit, which eventually re-opened and later lived on online at the museum’s website.

There is much more work to do. Key tasks include working with Arab education ministries to incorporate Holocaust history in curricula to making sure that regional media, like al-Jazeera, don’t mouth soothing words in English while preserving hate speech for Arabic.

And since the region’s political winds can shift, it is especially critical to strengthen the emerging taboo on Arab Holocaust denial now to protect against the possibility Israel someday finds itself at loggerheads with today’s Arab friends. One way that Israel itself could help this process is for Yad Vashem to drop its obstinate refusal and finally recognize courageous Arabs who protected Jews in Arab countries during World War II as “Righteous among the Nations.”

Perhaps most urgent is the need to convince Arab leaders that recognizing Holocaust history has policy implications for fighting the still-present scourge of genocide, which too many are willing to overlook in China, even when the victims are Muslims.

But rather than slump under the burden of this unfinished agenda, let’s take a moment this Yom Hashoah to note the good news story emerging from a region that rarely exports good news. Let us re-commit to the important work of fighting Holocaust denial and distortion in the Arab world by recognizing that a glass that was once bone dry is now half-full. That remarkable fact alone should provide incentive for the next twenty years of effort.

About the Author
Robert Satloff is the author of 'Among the Righteous: Lost Stories of the Holocaust’s Long Reach into Arab Lands,' and executive director of The Washington Institute for Near East Policy.
Related Topics
Related Posts
Comments 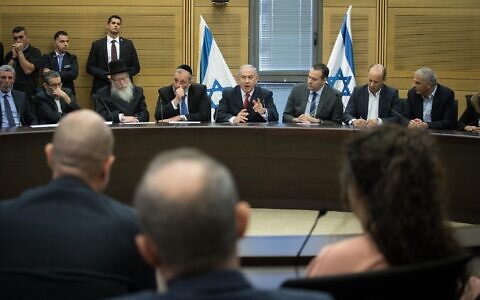 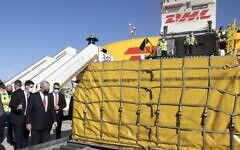