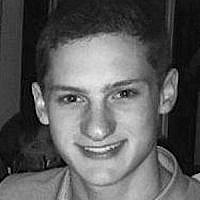 The Blogs
Jacob Fortinsky
Apply for a Blog
Advertisement
Please note that the posts on The Blogs are contributed by third parties. The opinions, facts and any media content in them are presented solely by the authors, and neither The Times of Israel nor its partners assume any responsibility for them. Please contact us in case of abuse. In case of abuse,
Report this post.

Supporters of Israel love to label issues as “pro-Israel causes”: stopping the BDS movement, ensuring Congress continues its financial support of Israel, defending Israel’s actions in the recent conflicts in Gaza, exposing anti-Zionism and anti-Semitism in Europe and around the world.  Israel advocates predominantly brand these issues as pro-Israel causes in hopes of rallying support among Zionist crowds, mobilizing Jewish and pro-Israel college students and, most importantly, gaining support from elected officials, especially from members of Congress.

Yet too often certain issues are marked as “pro-Israel causes” that don’t necessarily fit the bill as pro-Israel.  Beginning in 2002, several prominent neoconservatives such as William Kristol, Elliott Abrams, Charles Krauthammer and Paul Wolfowitz, promoted the idea of engaging in a war in Iraq to oust Saddam Hussein, largely because they — and many neoconservative and Jewish publications like Commentary and The Weekly Standard — considered it to be pro-Israel. Later, in 2006, many of the same organizations and publications urged America to support and intervene in the Lebanon War for similar reasons.  Time and again, neoconservatism and interventionism are mistakenly misconstrued as pro-Israel.

Thus, the recent characterization of aspects of the neoconservative agenda as pro-Israel serves more harm than good to the pro-Israel movement as it unfairly characterizes American Zionism as an ideology of the right and alienates many Democratic lawmakers and the majority of American Jewry who strongly support Israel, yet do not support the hawkish agenda that has been labelled as pro-Israel.

Israel supporters must be able to make an important distinction between policies that could arguably help Israel, and issues that are undoubtedly pro-Israel.  Israel advocates should be able to say that they support certain causes because of concerns they have over Israel, without saying that those who oppose those causes for similar concerns over Israel are therefore not pro-Israel.  In other words, there should be broad consensus across the spectrum of Jews and Zionists that a cause is pro-Israel before it is labelled as such.

This issue has most recently surfaced with the Iran nuclear deal.  Many pro-Israel organizations have strongly voiced their opposition to the deal and have spewed rhetoric framing the deal as anti-Israel and implicitly threatened liberal lawmakers — who have long been friends of Israel and the pro-Israel community — that supporting the deal could lose them support from the pro-Israel lobby. This puts congressmen who are supportive of Israel, yet who view the deal as being harmful to Israel in a very tricky situation of deciding between doing what they think will help Israel and doing what is considered pro-Israel. Because though the deal contains compromises that could threaten Israel’s security, rejecting the deal could have even more threatening effects on Israel’s security.

The deal plainly is not as good as anyone had hoped it would be. It fails to prevent Iran from enriching uranium in the long term, and in the grand scheme of Jewish history, simply delaying Iran’s hopes of obliterating the Jewish State by 10 – 15 years matters very little. The deal allows Iran to sell conventional arms in 5 years and ballistic missiles in 8 years — two aspects of the agreement that previously were considered off the table.  After 10 years, limits on the amount of centrifuges are lifted, and after 15 years, limits on enrichment levels are lifted.  Inspections, which were once thought to be “anytime, anywhere” now require at least 24 days notice, and Iranian leaders have said publicly that they will not allow inspections of military sites. And although the West only benefits from the deal after several years, instead of sanctions release being “phased in” as many experts suggested, Iran will essentially receive a $55 – $150 billion influx of cash upfront (based on the size of the Iranian economy, that would be like the United States receiving $2.3 – $6.2 trillion).

But what is unclear is whether this terrible deal outweighs the terrible alternatives. The most typical retort from opponents of the deal to the “no alternatives” argument goes something like, “the alternative to a bad deal is a better deal; sanctions were working, so further sanctions would work even better and bring a better deal”.  However, that argument is flawed in two major respects. First of all, sanctions have only been effective because of the broad international coalition. It has been a massive achievement of President Obama and Secretary Kerry to persuade countries like India, China and Russia, all countries that were originally against sanctions and all countries who traded with Iran extensively, to sign on to the implementation of the sanctions regime, and if the United States Congress rejects the deal now it is unlikely those countries will continue with sanctions. And secondly, if the deal is rejected, Iran could decide to race to the bomb now with a breakout time of 2 – 3 months, instead of waiting at least 15 years to begin its nuclear pursuits.

So because there are both supporters and opponents of the deal who have traditionally been considered pro-Israel and because one could argue that Israel’s security is threatened more by either the deal or the alternatives, the criteria used by these pro-Israel organizations like the American Israel Public Affairs Committee (AIPAC) to deem something as a “pro-Israel cause”, simply are not stringent or thorough enough.  If the threshold for being labelled a “pro-Israel cause” is just the support of a policy that a group deems to be in the best interests of Israel, then dozens of issues that clearly are not pro-Israel suddenly become “pro-Israel causes”.

Personally, I do not support the nuclear agreement and think it does more to harm Israel than it does to help it. The thought of the Iranian regime, essentially the umbrella group of worldwide Islamic terrorism, receiving billions of dollars in the next few months in exchange for a non-binding promise that they will comply with international restrictions on its nuclear program, outweigh the potential risks of Iran racing to develop enough fissile material before its economy can no longer withstand American sanctions.

Yet by no means do I consider my stance the pro-Israel stance. For a political opinion to be considered pro-Israel, it should meet several rigorous criteria: first, it must have obvious benefits to Israel in some way (economically, internationally, militarily, etc.); second, it cannot be blatantly partisan; third, it must have overwhelming support among the Jewish community, for the Jewish community must always remain the core of the pro-Israel movement; and fourth, it must have overwhelming support among Israelis, for something cannot be pro-Israel if Israel does not support it.  By these standards, opposing the Iran nuclear deal fails to be considered as pro-Israel on all of these points.

First, as I stated previously, the deal does not clearly benefit Israel’s security. Second, the deal is blatantly partisan, and therefore involving the term “pro-Israel” threatens the very nature of the success of the pro-Israel movement.  Third, only a minority of the Jewish community actually oppose the deal.  In a recent poll conducted by the Los Angeles Jewish Journal–the only impartial poll conducted thus far of American Jewry on the topic–48% of respondents support the deal while only 28% oppose the deal.  In fact, the American Jewish community opposes the deal almost as much as any demographic in the country.

And fourth in Israel too, there is disagreement over whether the deal strengthens or weakens Israel’s security. Though there is widespread opposition for the deal across the country’s political spectrum, there is also much support for the deal among its intelligence community. The New York Times reported last week that former head of the Mossad, Efraim Halevy, and former head of the Shin Bet, Ami Ayalon, have both come out strongly in support of the deal, and so have several IDF generals.

Steve Sheffey, a lifelong member of AIPAC and former president of the Chicago-based pro-Israel political action committee CityPAC, said it best in a recent article for The Hill: “Israel has a tremendous stake in this debate, but there is no one ‘pro-Israel’ position on this issue”.

The pro-Israel community faces a serious challenge: the hostage-taking of the term “pro-Israel” by the conservative right, and the subsequent demonizing of the term “Zionist”. For decades, being a pro-Israel American meant supporting military and economic cooperation between the United States and Israel, the increase foreign aid to Israel, and American assistance to Israel in helping to combat terrorism. Today, being pro-Israel means — according to the general public and mainstream media — unequivocally defending Israel’s actions, blaming geopolitical unrest and the regional void of peace solely on the Palestinians, and blindly denying any Israeli wrongdoing.

It is undeniable, as recent Gallup polls point out, that Republicans are more sympathetic towards Israel than are Democrats, yet since 2000, support for Israel among both Democrats and Republicans has risen, while the term “pro-Israel” is increasingly self-applied by Republican politicians.

Supporters of Israel — both on the left and on the right — who truly care about the future of the pro-Israel movement must emphatically divorce the term “pro-Israel” from neoconservatism, and only label issues as “pro-Israel causes” when there is broad, multilateral support from Jews and Israelis.  No longer can pro-Israel organizations like AIPAC, StandWithUs and the American Jewish Committee continue advocating for issues that only have 28% support among American Jews.  Even supporters of the general hawkish agenda, like myself, must put the interests of the wider pro-Israel community above their own narrow ones. If the pro-Israel movement loses the support of either mainstream Judaism or of mainstream liberalism, it will cease to thrive.

As Zionists, we must call for an end to the dangerous overuse to the term “pro-Israel”.

About the Author
Jacob Fortinsky is a 19-year-old currently studying at the Shalom Hartman Institute in Jerusalem and interning for MK Dr. Aliza Lavie in the Knesset. He has interned in Congress for Congressman Eliot Engel, where he focused primarily on the Iran deal, and has worked on several political campaigns. Jacob is a graduate of Solomon Schechter School of Westchester in Hartsdale, NY and will be attending Harvard University beginning next fall.
Related Topics
Related Posts
Comments