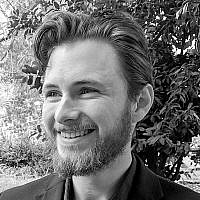 The Blogs
Austin Olzeski
Apply for a Blog
Advertisement
Please note that the posts on The Blogs are contributed by third parties. The opinions, facts and any media content in them are presented solely by the authors, and neither The Times of Israel nor its partners assume any responsibility for them. Please contact us in case of abuse. In case of abuse,
Report this post. 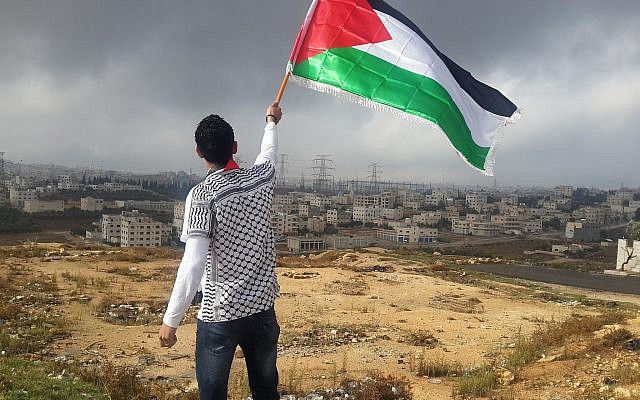 Last week, Palestinian President Mahmoud Abbas, 83, announced his plans to dissolve the Palestinian National Council, the legislative body of the Palestinian Authority. This is a move by Fatah to consolidate power, isolate Hamas, and create a smooth presidential transition when Abbas resigns or passes. The elderly president has suffered deteriorating health and has not named a successor. Appointed or elected, whoever takes the mantle of president will have far-reaching implications for policy-makers and the prospect of peace in the indomitable region. Any hope of speculation is further complicated by the lack of elections in Palestine since 2005. Democratic institutions have been eroded and any notion of a presidential election rests in the hands of unelected Fatah officials.

Through establishing a new government in the coming weeks, Fatah elites are hoping to curb Hamas’ influence. This will, in their eyes, simplify the upcoming reconciliation talks in Russia and guarantee a new loyalist Fatah president to replace Abbas. There are innumerable names being cited in the international media, all attempting to place themselves in the best position to be the next leader. This is a list of politicians the institution favors to replace Abbas:

Mahmoud Aloul is an Abbas loyalist and is widely seen as a continuation of the status-quo. When Abbas first underwent a medical operation that left him incapacitated for a short time, he named Aloul as his temporary successor. This is a clear indication that, should Abbas be unable to continue serving as president, Aloul will serve as an interim president for the following months until there is an election or appointment. Unless he can gain support among high-ranking PLO officials, however, it is unlikely the Palestinian people will support a continuation of his predecessor’s policies.

Majed Faraj, the current head of intelligence services inside the Palestinian Authority and is a close associate of Abbas. He is unique in his position towards Israel and America, touting his close cooperation with Israeli and American security forces to defend the authority. Having survived a terrorist attack in Gaza last year likely perpetrated by Hamas, Faraj has been outspoken, and thrust into the public eye. His ties to Israel and America legitimize him as a leader to represent Palestine in the United Nations. However, with heightened tensions between the Palestinian Authority and the United States, his intelligence relationships with those foreign powers may isolate him rather than shore up legitimacy.

Coming from a different background, Rami Hamdallah is touted as an academic with a technocratic background. Hamdallah was the target of a terrorist attack last year in Gaza, likely carried out by Hamas. He was appointed to the position of prime minister in 2013 and successfully led a unity government, bridging the ideological divide between Hamas and Fatah. Politically capable and having a reputation as a peacemaker in a contentious political environment, Hamdallah is a unique leader that would signal a change in Palestinian posturing. He is viewed as a moderate and promotes higher education, distinguishing him among a field of bombastic personalities. Despite his support from Abbas and other political elites, he is not a long-standing member of Fatah, impeding his ability to make political in-roads with hardline party members.

Of all potential successors, none are as embroiled in legal and political trials as Mohammad Dahlan. Charismatic, young, and possessing a unique political support base, Dahlan currently resides in exile in the United Arab Emirates. His career begins in Gaza, maintaining a pocket of Fatah support in the sea of Hamas. He maintains a working relationship with Egyptian President Al-Sisi, political leaders in the UAE, Ethiopia, and armed groups throughout North Africa. With a unique foreign policy résumé, he would be a likely successor if not for his expulsion from Fatah in 2011. He was soon after charged with embezzling $16 million dollars and fled the PA. Dahlan claims these charges were politically motivated and originate from Abbas, whom he has had fraught relations with. Despite the charges, he has allegedly been in negotiations with President Al-Sisi to allow safe return to Gaza when Abbas passes. The history of intelligence cooperation with Israel during the second intifada during his tenure as security chief of the PA will garner support from the West, either to his benefit or detriment.

Palestinian citizens have not indicated that they will rally around a single candidate, but like most voters, they care about the economy. The West Bank is doing well economically, making the chances of a revolutionary or anti-Abbas candidate less likely, despite his low approval ratings. The only candidate who had gained significant public support was Marwan Barghouti, a critic of Abbas. Barghouti is serving multiple life sentences in an Israeli prison and there is no indication he would be released to head the governing body of Palestine. His public approval was so universal among Palestinian residents, however, that he could likely serve as a kingmaker in the event of a close campaign.

Whoever is selected to be the next president of the Palestinian Authority must handle the Hamas-controlled Gaza Strip with care. There has been growing speculation that Gaza will officially split from the Palestinian Authority, especially amid growing tensions caused by the Abbas government shuffle. Fatah has not exercised control in the Gaza Strip since 2007. If the next president cannot improve Fatah-Hamas relations, then Palestine will be irreparably fractured.

The political situation in Palestine is shifting daily, with multiple factions vying for political influence. However, it seems that Abbas will keep the political structures in place to secure a transition to a Fatah loyalist. Whether Hamas and the West Bank will remain with the Palestinian Authority is an entirely different question.

With the rising instability in the region, a future Palestinian president will largely follow in his predecessor’s footsteps with a stronger stance towards Israel and Gaza. A candidate like Faraj would be the most likely to win the support of Fatah – his long-standing party loyalty and orthodox policy positions give him credibility. His security cooperation with Israel and America is a double-edged sword, lending him both political legitimacy and notoriety as a potential collaborator.

The Palestinian Authority, with a Fatah loyalist like Faraj becoming the next president, will see increased conflict with Hamas, with heightened tensions with Israel and America. The next president will have to make a direct, militaristic effort to reassert control in Gaza or risk losing the territory to separatists. In order to salvage legitimacy after the American embassy move to Jerusalem, the president will have to adopt a stronger stance against Israel and the United States as a mediator in the ongoing conflict. Palestinian citizens are not rioting at the proposition of a Fatah-appointed successor, but the peaceful transfer of power is not guaranteed – and the conflicts in the region seem to be heating, not cooling.

About the Author
Austin Olzeski studied in Norfolk, Virginia and is a master's student in Geopolitics of the Middle East. He is a research intern at the Kohelet Policy Forum and has an academic background in regional security, Islamic political philosophy, and international relations.
Related Topics
Related Posts
Comments