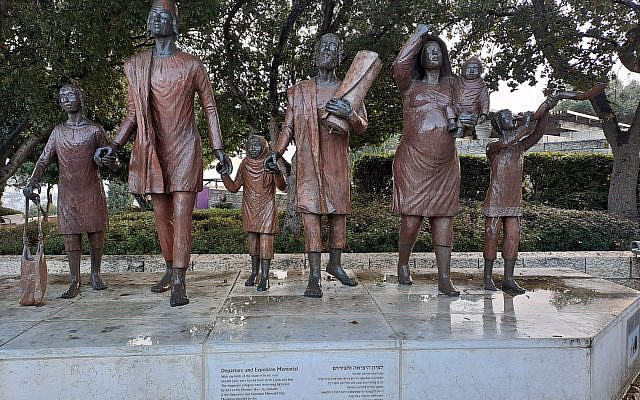 On the 29th of November, the United Nations General Assembly in a historic voted in favor of a resolution that adopted the plan for partitioning Eretz Israel. This resolution led, in effect, to the declaration of the State of Israel on May 14, 1948.

What struck me was the day after. This Date, the 30th of November, is the day chosen to Mark the Departure and Expulsion of Jews from the Arab Countries and Iran.

This is what is written on Wikipedia.

“The Day to Mark the Departure and Expulsion of Jews from the Arab countries (Hebrew: יוֹם לְצִיּוֹן הָיְצִיאָ,ה וְהַגִרוּשׁ שֶׁל הַיְהוּדִים מֵאַרְצוֹת עֲרָב וּמְאִירָאן) is a Memorial Day that is marked in Israel every year starting in 2014, on November 30 to mark the departure and expulsion of Jews from Arab countries and Iran. November 30 is the date that was chosen since it is symbolically the day following November 29, a day the United Nations Partition Plan for Palestine was adopted, and when many communities of Jews in Arab countries and Iran started to feel the pressure and hostility from their Arab and Persian neighbours and as a result of that were forced to leave their homelands.”

Yes, immediately after this vote, anti-zionism and anti-semitism combined reached an even higher level of hate.

Unfortunately, we are in a war of hate. It is not about land or human rights but the power of that little hill in Jerusalem.

Last Shabbat morning, I went for a walk at around 7 am on the Tayelet in Arnono which overlooks the old city and Har Habayit. I asked myself – what is the fuss about this little hill? Why is the world so focused on Jerusalem? I have been doing a lot of reading and learning about murder and cruelty, persecution in the name of God or Religion. 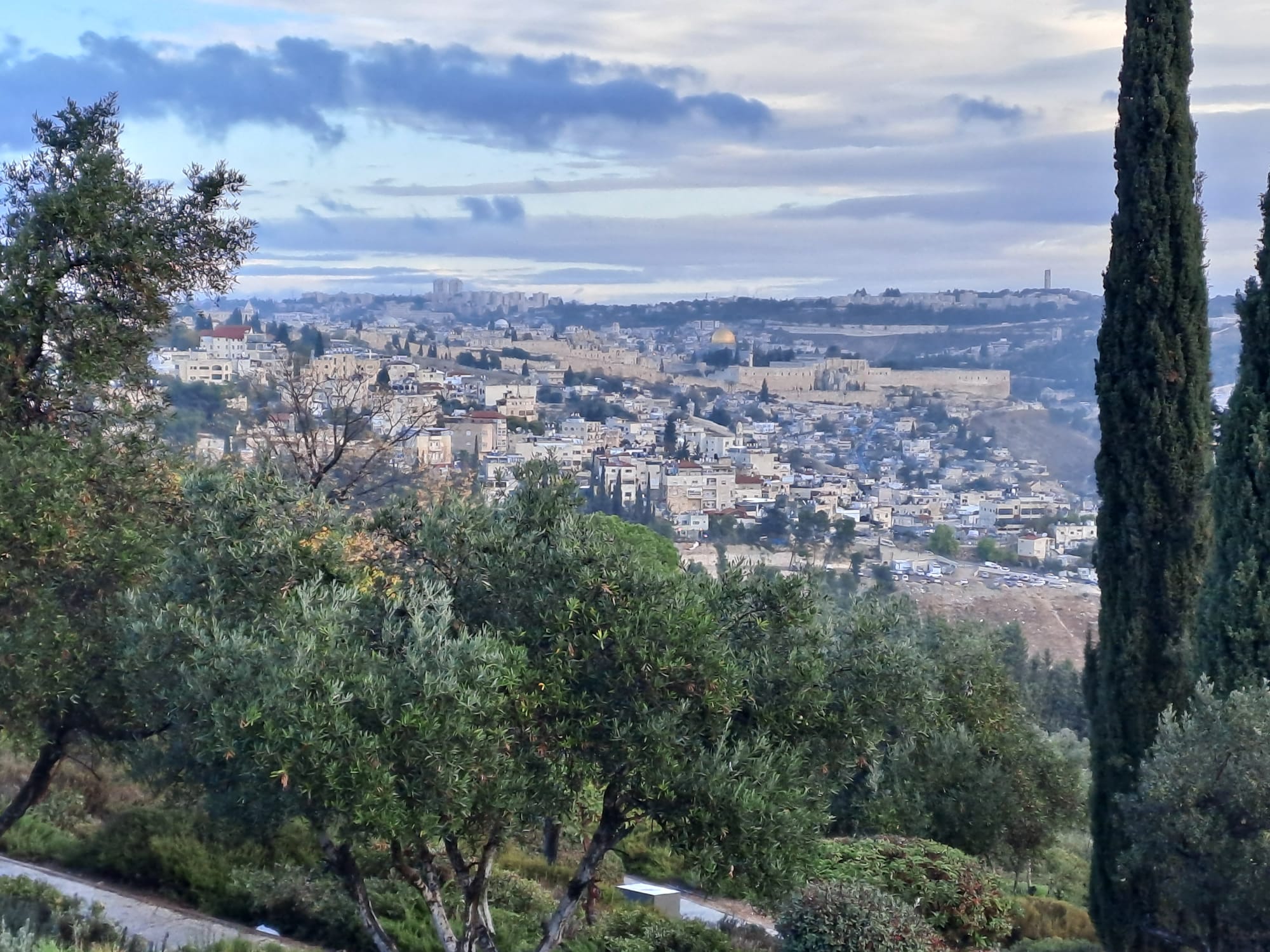 Religion should be a force of good and unifying factor. I read one article this week that one of the reasons for the terror attack last week in Jerusalem was the increase of Jews wishing to pray on the Temple Mount. So, they chose to murder a innocent young boy and a father.  How sic!!

Murder in the name of God or Religion is an oxymoron.

I also pondered on the beautiful sculpture of the Zebib family from Yemen: the iconic photo captures the family making Aliyah on foot from Yemen in 1949.

On the monument, it was written that the 30th of November is the day of remembering the 850,000 Jews who were forced to leave the Arab countries where they had been living for centuries. Talk about ethnic cleansing.

And again, here is the crucial difference. These Jews and their descendants were absorbed together with the Survivors of the Holocaust in the new country of Israel. Contrast this to the Arab refugee camps still being kept alive. These Refugees comprised many people from the neighbouring countries who came in the 19th century to seek work, and in 1948 when they fled (many at the instructions of the Arab leadership) were not absorbed in the neighbouring countries but kept in the camps, which are now cities but still called camps and is subject to an annual US$ 2 billion funding from the UN https://www.unhcr.org/. And from their Website – The Global Appeal, provides information about UNHCR’s plans for the coming year and the funding it needs to protect, assist, and empower a record number of forcibly displaced and stateless people, and to help them find solutions to their situations. Well, these Refugees were not exactly forcibly displaced.

At our local park, I met a lovely lady from Spain who lives with her family in our neighbourhood. She told me she works at the UN and engages in fundraising for the refugee camps. And I thought – that is a nice job for a Jewish girl.

These camps and the Palestinians are looking at the past and not trying to build a better future. They are living on handouts.

While the Abraham Accords and other Inter-faith provide a beacon of hope, examples of Anti-Semitism and anti-Israel worldwide, especially in what we are seeing in the US, are extremely worrying. The World and some Arabs have not put past prejudices behind them. Palestinian Terror in Israel continues unabated. The Oslo process, which heralded much hope, is broken and has been abused and broken repeatedly by the Palestinian Authority. Israel’s “extreme right Government” is criticized by our friends in the US. But there is a blind eye to the terrible and extreme language of the Arab politicians in the Knesset and the Palestinian leaders.

And why? I will repeat that it is not only about Land. There is plenty of Land in Israel, and more so in the Arab Countries. It is about which version of God is correct. If the Jews control Israel, then they are losing. Through Persecutions & inquisitions, Jews were killed in the name of Christ. Today, Jews are killed in Allah. History is just a repeating circle of hate and murder.

It is time to look forward and not dwell on past prejudices. It is time to bring in an environment of vision of a better world for humanity.

About the Author
Jeffrey is a Blogger, Entrepreneur, and Philanthropist (we can only dream) living in Jerusalem. He is a young grandfather who has five kids and six grandchildren. Jeffrey is promoting a vision for a better and fairer world through https://upgradingesg.com and amongst his activities, he is the CFO at https://www.dreamvalleyglobal.com who are bring Smart Agriculture (The Israel Agro model) to developing countries.
Related Topics
Related Posts
Jeffrey Levine