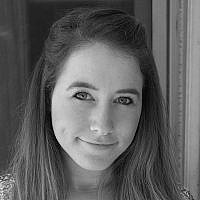 The Blogs
Zahava Wesfield
Apply for a Blog
Advertisement
Please note that the posts on The Blogs are contributed by third parties. The opinions, facts and any media content in them are presented solely by the authors, and neither The Times of Israel nor its partners assume any responsibility for them. Please contact us in case of abuse. In case of abuse,
Report this post. 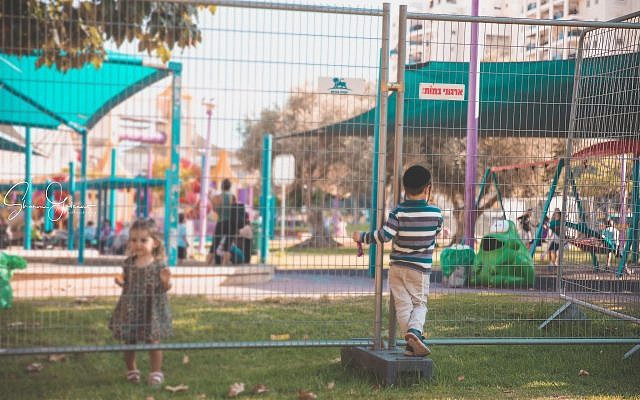 They say we come into this world completely naked, with nothing but flesh, and empty pages to fill.

Each and every one of us is born with a collection of labels etched into our skin. Before we’ve done a single thing, before we’ve even opened our eyes, we are shoved into categories that will tell the world how they should feel about us.

Some labels are more damning than others, more limiting, more loathed, but all of us have them.

Me? I’m a woman. As soon as I left the womb, I was bound by a long list of presumptions that the world has about women. I wouldn’t be great at math (that turned out to be true), I’d be a crappy driver (also kind of accurate), and I’d be a natural with kids and recipes (that’s where I started to deviate a bit).

Perhaps more condemning, though, is my second label, one I share with far fewer people, but which is so glaring and conspicuous it made the first all but fade into my skin. I’m a Jew.

That label and the simple act of being born with it, is responsible for the death and suffering of hundreds of millions of people since the beginning of time. It is grounds for thick, unadulterated hatred. It’s the reason people I have never met despise me, the reason I have my guard up when I travel to unfamiliar places, and the reason I try every day to dismiss any preconceptions I have about the labels I see stuck to other people’s backs.

When you’ve grown up hearing about all the injustice that’s fallen upon people like you simply because of their DNA, it’s only natural to want to eradicate that kind of discrimination, to want to be part of the solution, rather than the problem.

And so, I made deliberate efforts to “unlearn” what I might have been taught about specific communities. I tried to see people for their words and actions rather than the characteristics they never chose, for the way they played rather than the cards they were dealt. It’s hard to drown out the voices in your head, the small whispers that breath whole stories into your ear before you’ve even realized they’ve said a word.

But I tried. I even spoke up when I heard others doling out unjust biases and classifications. I blogged about it, argued with bigots. I did enough to tell myself I was an open-minded person who didn’t buy into stereotypes, and truly believe it.

It wasn’t until this summer that I saw myself for what I was: Someone who could grant every bit of tolerance to people stamped with labels that were different sizes, shapes and colors from my own. But when it came to others who wore that same label, one that read “Orthodox Jew,” I suddenly had a shortage of compassion.

Why was I so willing to fight stereotypes for strangers and impose them so freely on my own brothers and sisters?

How could I refuse to judge other groups based on the actions of their loudest members, but still allow the unruly behavior of some ultra orthodox to speak for their entire community?

And how was I able to stay blind to my own biases for so long? Why did it take the erection of a literal wall splitting my sect from theirs, right in my very own town, to open up my eyes to my deep-seated prejudice?

At first, it made complete sense to me. The residents of Giv`at Shmuel pay a hefty tax every month just to live in our beautiful neighborhood. Why should the wonderful parks that were constructed on our dime be “taken over” by our neighbors from across the bridge?

Why should they be able to load up buses, cross over to our side and fill swings, slides and seesaws that were built for the city’s residents? Why can’t the Bnei Brak municipality make its own parks?

I told myself this wasn’t about biases, even as I nodded along to comments about how the ultra-Orthodox leave trash on our playgrounds (something I hadn’t personally witnessed but had no trouble accepting as fact) and acted disrespectfully in general (again, didn’t have to  see it myself to believe it). I told myself this wasn’t a result of prejudice even though I never looked at secular or Dati Leumi individuals enjoying our park and wondered if they had come from Petach Tikva or Kiryat Ono, even though I know full well that it wouldn’t have bothered me if they had.

I was able to play along, to support the privatization of parks I had never once felt were overcrowded. I was able to back the idea of locking people out of a place in which they’d never personally bothered me beyond shyly asking if they could pet my dog, which wasn’t really a bother at all. And why? Because it didn’t occur to me that this could be stemming from intolerance. I didn’t imagine that I could be intolerant of my own kind, or more accurately, people similar to me, but not exactly like me.

I was able to  maintain complete ignorance of my prejudice until the gate was constructed and I saw with my own eyes what keeping people out truly looks like. Seeing a park, a safe place for children to run and laugh and play and remain blissfully unaware of the cruel realities beyond the monkey bars, surrounded by a metal fence built specifically to keep some of those children out — that was the wakeup call I needed to acknowledge my own hypocrisy, to acknowledge that I could extend empathy and understanding to groups I had little common ground with, but felt that someone who chose my lifestyle had to live it exactly as I did.

I saw guards appointed specifically to keep “outsiders” out and finally understood this new system for what it was — a guise, a pretense, a thin blanket thrown over a deeply embedded fear of what is “other.”

I saw a concrete, physical symbol of voluntary segregation and that was what I needed to recognize my own part in it.

So many of my fellow residents had been nodding along too. So many… too many, had verbally applauded the city’s decision, making remarks that did not even attempt to conceal the root of their support for it.

“This wouldn’t have happened if they behaved like decent human beings.”

“Maybe they should stop having too many kids for their own parks.”

I’m not judging. I may not have been vocal about my distaste for the community across the bridge, but I certainly harbored one, even if I refused to call it that.

I certainly walked to my appointments in Bnei Brak surrounded by a fence of my own, invisible, but solid as stone. I waited for someone to comment about my skirt length or neckline, anticipated the opportunity to unleash some of the animosity I’d been unknowingly collecting for years.

Sure, I’ve got a story. I was spat on by an ultra Orthodox man. And I’ll never forget the hostility in his face as he directed his sputum toward my feet. But what about the Haredi woman who rushed over to me following this encounter, asked me if I was okay, apologized on behalf of this stranger and told me I looked beautiful? Why doesn’t she get a place in the presumptions I’ve formed about this sect? Why was it so much easier for me to see the bad than the good?

Why had I never bothered to look for it?

It could be, of course, that Modern Orthodox Jews feel judged by the ultra-Orthodox. After all, they clearly believe God wants more from us than we’re offering. But if our prejudices are based on prejudices we assume others to have, then we’re just allowing ourselves to get sucked into an endless cycle of hate and misunderstanding.

The Haredi community is the target of a great deal of mockery and closed mindedness and it comes from all sides — I have heard secular people talk about them as though they are barbarians and I’ve contributed myself to similar conversations among religious people. I believe it is all rooted in our belief that they don’t accept our ways of life, and maybe they don’t, but they are clearly not the only parties guilty of that crime.

We fight, tooth and nail, for the acceptance of groups all across the political, social and religious spectrums, and then turn our noses up at the ones who pray to the same God that we do, observe the same holidays, utter the same blessings and read the very same words from the very same Book.

And before it’s too late, before we pass this targeted intolerance on to the wide-eyed kids playing happily on the inside of the fence, we need to ask ourselves why.

About the Author
Zahava Wesfield was born and raised in New Jersey and then moved to Israel in 2012. She works as a marketing content manager in Tel Aviv.
Related Topics
Related Posts
Comments