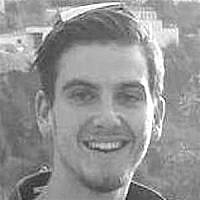 The Blogs
Josh Wasbutzki
Apply for a Blog
Please note that the posts on The Blogs are contributed by third parties. The opinions, facts and any media content in them are presented solely by the authors, and neither The Times of Israel nor its partners assume any responsibility for them. Please contact us in case of abuse. In case of abuse,
Report this post.

The date was June 5, 1967. A shell had just fallen outside the Knesset building. Menachem Begin and Yigal Allon, both members of the National Unity Government, are sitting, waiting outside Prime Minister Levi Eshkol’s office. With a look of urgency on their faces, Eshkol recognises something is up. He asks, “Nu, tell me what you two are hatching?” Yigal Allon, in his typically militaristic monotone replies, “Jerusalem. Begin and I want the Old City of Jerusalem.”

Not long before the Six Day War, and the reunification of Jerusalem, Rabbi Zvi Yehuda Kook spoke to his students, reminiscing about the independence of the state. He says, “The whole nation flowed into the streets to celebrate its feelings of joy… I couldn’t go out and join in the rejoicing… They divided my land… Where is my Jerusalem?”

On the 5th of June, the 28th, 66th, 71st, and 55th, Battalions of the Paratroopers Brigade were mobilized and headed to Jerusalem. On June the 6th, Rabbi Zvi Yehuda’s prophetic vision was heeded. The Battalions broke through the lines, and reunited the Old City of Jerusalem. And we all know the famous words, recited by Motta Gur – “Har HaBayit BeYadeinu” – The Temple Mount is in our hands.

Yom Yerushalayim is annually held on the 28th of Iyar, celebrating the reunification of the capital of the Jewish people. For me, it is a special day on many accounts.

The history of Jerusalem is incredibly relevant to Am Yisrael. Jerusalem was the place of where the binding of Isaac took place (on Mount Moriah). It was where Jacob had his dream about the ladders ascending to heaven. It is in Jerusalem where God’s presence can be felt more intensively than in any other place on the planet earth. It was in Jerusalem where the Temple was built.

The city of Jerusalem was first made our peoples capital by King David over 3,000 years ago. Why Jerusalem? On one side of Jerusalem (a once Jebusite city) was the tribe of Binyamin, and on the other side, Judah. King David wanted to unify the 12 tribes together, by uniting Judah and Binyamin, and all the tribes around them. He hence moved the nations capital from Chevron, to Jerusalem.

I look at Jerusalem as a symbol of togetherness for the Jewish people. Many aspects of community were based in and around the Holy city. The communal aspect was established when King David sought to unite the tribes. It permeated through to the time of the Temple, where Jews from all across Israel would come during the shalosh regalim to provide sacrifices.

It is this aspect of community that I consider Yom Yerushalayim to celebrate. Not just the reunification of Jerusalem, but the reunification of a common place for all Jews. A place where Jews across the spectrum – reformed, orthodox, secular – can come and pray; a place where Jews from across the spectrum are able to view the history of their people.

It is now understandable as to why there is a march every year through the old city – a march through the historic alleyways of King David’s City of Jerusalem. The march encapsulates the notion of community – where it truly is people celebrating the liberation of Jerusalem. But marching as Am Yisrael – together. That, is what Yom Yerushalayim means to me.

About the Author
Joshua Wasbutzki belongs to the community of Melbourne, Australia. Joshua spent his gap year in Israel at Yeshiva and a Mechina. He is now studying at University, back in Melbourne, whilst harbouring an intense passion for Israel and Judaism.
Related Topics
Related Posts
Comments