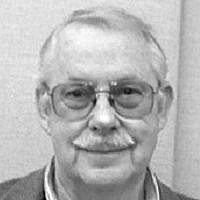 The Blogs
Herbert Belkin
Hert Belkin is a historian who lectures and writes on modern Jewish history.
Apply for a Blog
Advertisement
Please note that the posts on The Blogs are contributed by third parties. The opinions, facts and any media content in them are presented solely by the authors, and neither The Times of Israel nor its partners assume any responsibility for them. Please contact us in case of abuse. In case of abuse,
Report this post.

For 1800 years Jews had prayed for this day. It was the same day that Herzl, Weizmann, Ben Gurion and Golda Meir dedicated their lives to achieve. The day was November 29, 1947. On that day, the United Nations voted on a plan to partition the British Mandate of Palestine into Jewish and Palestinian states. If the partition vote passed, the Zionist dream of a Jewish homeland would come true. For 250,000 survivors of the Holocaust still behind barbed wire in Displaced Person Camps, the vote would mean that they could leave blood-soaked Europe for a land where Jews did not live in fear. For these Holocaust survivors, a vote for a Jewish homeland was a vote for a new life out of the terror of the Holocaust.

The future for Jews hung tenuously on the November 29 partition vote about to be cast by the newly formed United Nations. A difficult to attain two-thirds Security Council vote was needed for partition. In 1947 the UN was still in the flush of idealism; but, even then, decision making in the Security Council was subject to the crossfire of international politics. Directing the Jewish effort in the UN was the young Abba Eban who used his most persuasive eloquence to win support from wavering delegates. The Arabs were confrontational and rejected any plan that might partition away any land they considered theirs. As expected, every Muslin country voted against partition. For Muslims the possibility that Jews would have a homeland in the Middle East was completely unacceptable. To counterbalance the Muslim vote, every UN country in Europe, except Greece, voted for partition. The European vote was an expression of guilt and small expiation for the millions of Jews murdered on their soil.

As the partition vote began, Jews all over the world were glued to their radios as one by one the votes were cast. The Jewish world stopped as the voting continued. Each vote – for, against or abstention – counted toward the possibility of a Jewish homeland. For Jews a vote for partition meant more than just a homeland; after centuries of wandering as a religious minority in a cruel world, partition meant they could answer to their own laws and control their own lives. The vote in the Security Council went on as Jews held their breath. At last the Security Council’s votes were counted: 33 vote for, 13 against and 10 abstentions (Britain abstained). On that fateful November day, the UN voted for the partition of Palestine. Israel was reborn.

Theodor Herzl’s prophetic words echoed over the historic event: “If you will it, it is no dream