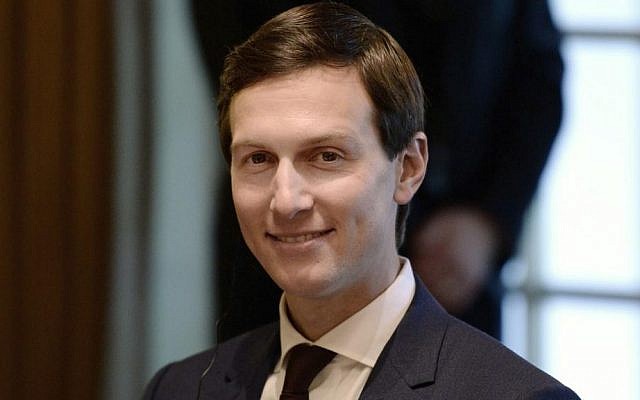 The delusional lip-sealed son-in-law of Donald Trump has spoken again. It is again a dire warning of the mess the Trump team is going to create here, right after Israel’s national elections. He now has declared that their “Deal of the Century” will have solutions to all the core problems and it wants to sort out borders and also, that the Arab Palestinians from the Gaza Strip and the West Bank should unite under one leadership. This is all so nonsensical — even without him spilling the beans on the details — that it is hard to decide where to start pointing out the hot air.

I also could have headed this post: “Help, my brain surgeon is an amateur!”

Really deal with all the issues? Let’s look at the ONLY issue there really is: hatred for Jews. That needs to be dealt with and that must be a long-term project. So, there will be total disaster from any rush “solution” and any strategy that doesn’t deal with this or only sees it as one of many issues.

Unity sounds nice but murderers uniting is not nice at all. As long as the general atmosphere in the Arab Palestinian world is one of Jew hatred, there is no giving them any power. Gaza needs to be controlled by Egypt and maybe some parts of the West Bank can get Jordanian supervision, in exchange for us receiving international recognition for owning the Golan Heights and the whole of Jerusalem, but that’s it.

Drawing borders. Israel has borders — thank you very much — and needs no changes at all. His border talk is code for splitting up the country — again — into Palestine and Israel. Been there, done that. Jordan is Palestine. (The fact that the Arab translator perhaps mistranslated establishing borders as redrawing borders doesn’t matter. It’s all bad.)

Tell me of one demilitarized state in the world that stayed like that. Germany and Japan have armies again. But they learned their lesson. The anti-Semitism in the Arab world did not have its defeat yet. No to any Palestinian State anywhere besides Jordan. If Trump wants to be nice for Palestinian Arabs, let him make an end to their discrimination in the Lebanon and Jordan so that they can live there in peace and dignity.

Netanyahu wants Trump’s plan to stay under wraps until after the elections. That can only mean that he doesn’t want us to know before the elections that he’ll accept it. Buyer beware! Why in the world would anyone vote for a politician who says: I won’t tell you what I am going to do – just trust me. Are you kidding me? No way.

If you don’t vote for people who’ll have the backbone to stand up to Trump’s ludicrous plan, you are co-responsible for the ensuing mess. Mind your vote. And it may be premature to call the train station under construction for Jerusalem’s Old City after Trump. 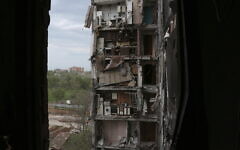